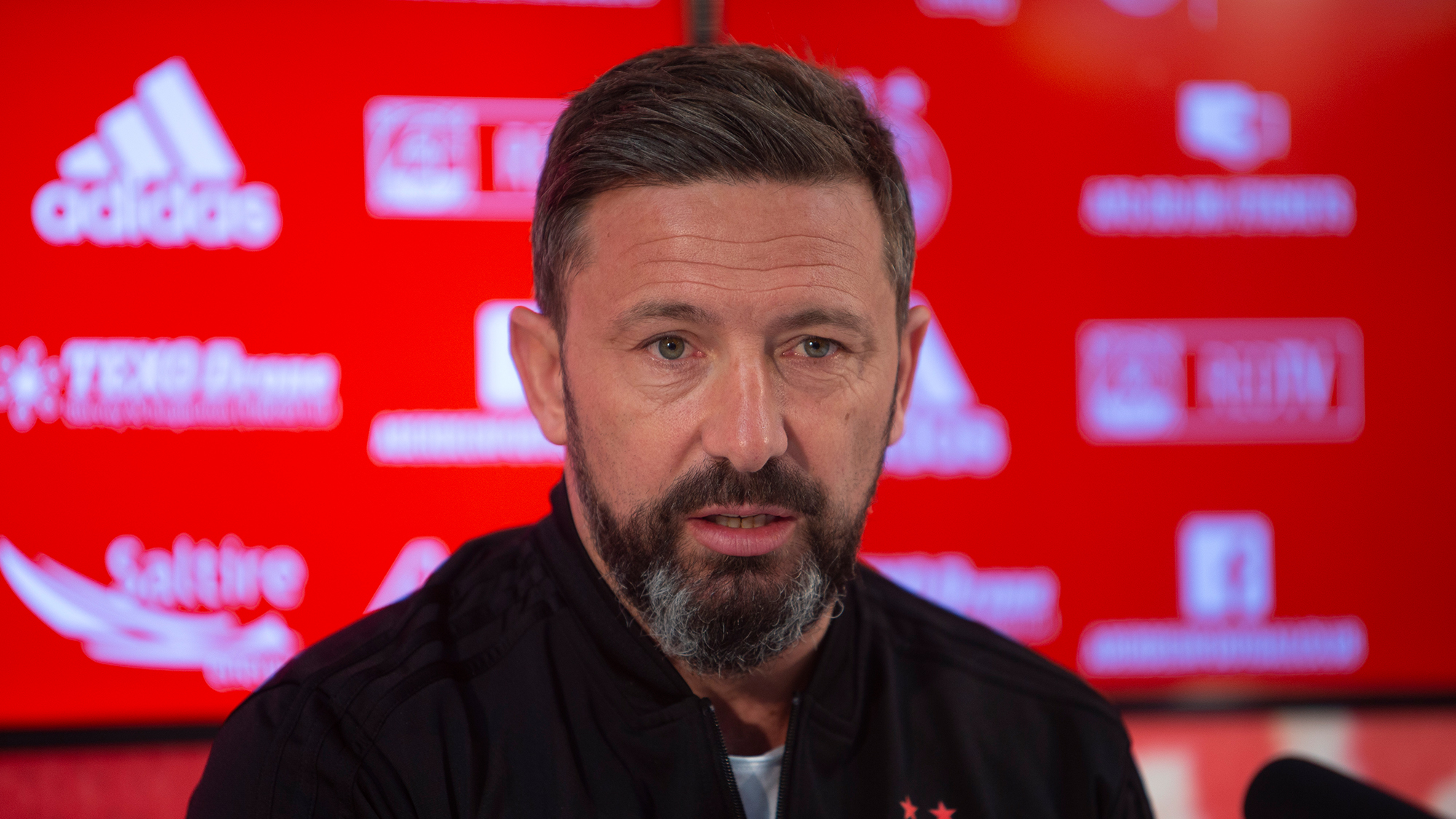 “He then took that into the international stage as well and played exactly for Scotland the way he was for us. It is good to see him nominated. He is in good company with some good young players there. But thoroughly deserves his nomination.

“I think everyone likes to see a youngster breaking through.

“The easy part is for them to get involved in the squad and get themselves in the team. The harder part is to establish yourself and be a first pick and a key part of the team. And that is what Scott has done. I think a lot of the work he does away from the pitch is also being rewarded now with the strength and power he possesses. His dedication and professionalism and everything you need to be a top player, he does all that and above. He has always been that type. Now he has the added confidence of playing in the first team and he has gone from strength to strength. It is brilliant to see – for supporters and staff – we all like to see good youngsters coming in and cementing their place in the team and showing that confidence and personality that is required. Good on him and hopefully he can show his form until the end of the season.

“Next season people will be looking at him a bit closer because the spotlight has been on him, it is up to Scott to replicate his form and that is the challenge for him and for any young player.

“There will be challenges ahead. We will get offers, as we have done in the past, but we can decide with Scott what is best for him. Thankfully Scott has resigned again, and he has the maturity and patience to remain here and the intelligence to know that he is far from the finished article. He will gain experience good and bad. We will make him a more rounded player and we will make him more ready for what he will face in the future.

“Scott can also get a lot of that through international football, but he can also get highly competitive games here and hopefully European football. He will play a key part in key games, especially the ones coming up.”

“They are all big games now. After the win at Kilmarnock this game now becomes more important and hopefully we can win and make the next one even more important. And that is the way it should be at the top end of the table.

“I think at this stage of the season we just want to be in amongst it and be in the battle of second spot. We have a tough job to do to come through that. There are good games ahead of us and another good game tomorrow night. Against a team who are maybe looking from the outside in a bit, but there is no doubting Hearts are a very good side on their day. They showed that against us a couple of weeks ago. They did not quite get to that same level against Rangers but there is no doubt Hearts have got the experience and ability to be doing much better. We are well aware of their strengths. For us it is a very important game and hopefully that will show in the performance.

“Bringing good performances individually we will be key. We had that last week. What was also clear was the motivation for the team to pick up all three points.” 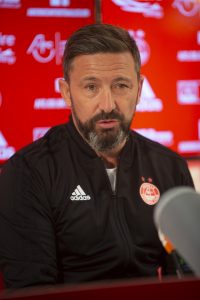 “I like a Friday night game. I think the players do as well. We have always done quite well in the Friday night games. It is live on TV and there will be a healthy crowd in. Certainly, from our end there is a lot on the game. Hopefully we can be good enough to beat a team like Hearts who on their day can be a challenge for any team.”
Hearts

“We have found it tough to play against them. I think they have good experience (in defence) and they have got good size and their goalkeeper has been very good for them this season. The way Craig sets up his teams, they are very compact and organised. Everyone has their own role within the team and they try and counter attack on you and feed off mistakes. We have to learn from the last game. We played in the wrong areas and they took full advantage when we were a bit stretched. We have to go and ask the right questions by playing in the right areas.

“I thought we were good against them here at Pittodrie, especially second half when they had a couple of chances on the counter-attack but we were by far the better team. We kept knocking on the door. They showed their qualities, they were on a good cleansheet run, they made a lot of good blocks but we did a lot of the right things. I was not too down despite not getting the win. Hopefully we can have something similar tomorrow night with the added goals.

“I am not thinking about the other games this weekend. We all play the same amount of games and we all play each other. For me it is all about trying to get the three points and building on last week’s performance and result. We know the importance of winnings games. One point is not enough at the minute. The games have to be won and we want to win tomorrow.”

“The young Dons have done terrifically well and Paul has done a great job in getting them to a cup final. They have been up there in the league as well. So it is not just in the cup that they have been quite impressive this season. They have been doing very well. I think when you look at your young players, you want to see how they deal with the occasion and the stage they are on. Knowing them as well as we do, there is a lot of confidence within them and a lot of good players there. What they are, they are a really tight bunch of boys and they are desperate to bring the trophy back.

“I think it will be a game with two teams who are evenly matched. You can see that through the league form, although Hibs went on and won the league, there was not much in it.

“You are always learning about your players and the you are looking to see who can deliver that big performance in the bigger games. It is normally a sign of a good player if they turn up in the big games. Hopefully we can get that tonight and get a positive result. All the staff are going down and we are all really looking forward to it.

“We have a lot of young Aberdeen supporters in that team playing tonight. And the ultimate for them is to be playing in the first team and establishing themselves.”

“Nwakali is out. McGinn is back. Considine is back from suspension. We had one or two players causing a slight concern after the weekend but everyone will train today and hopefully everyone will be fit and available.”