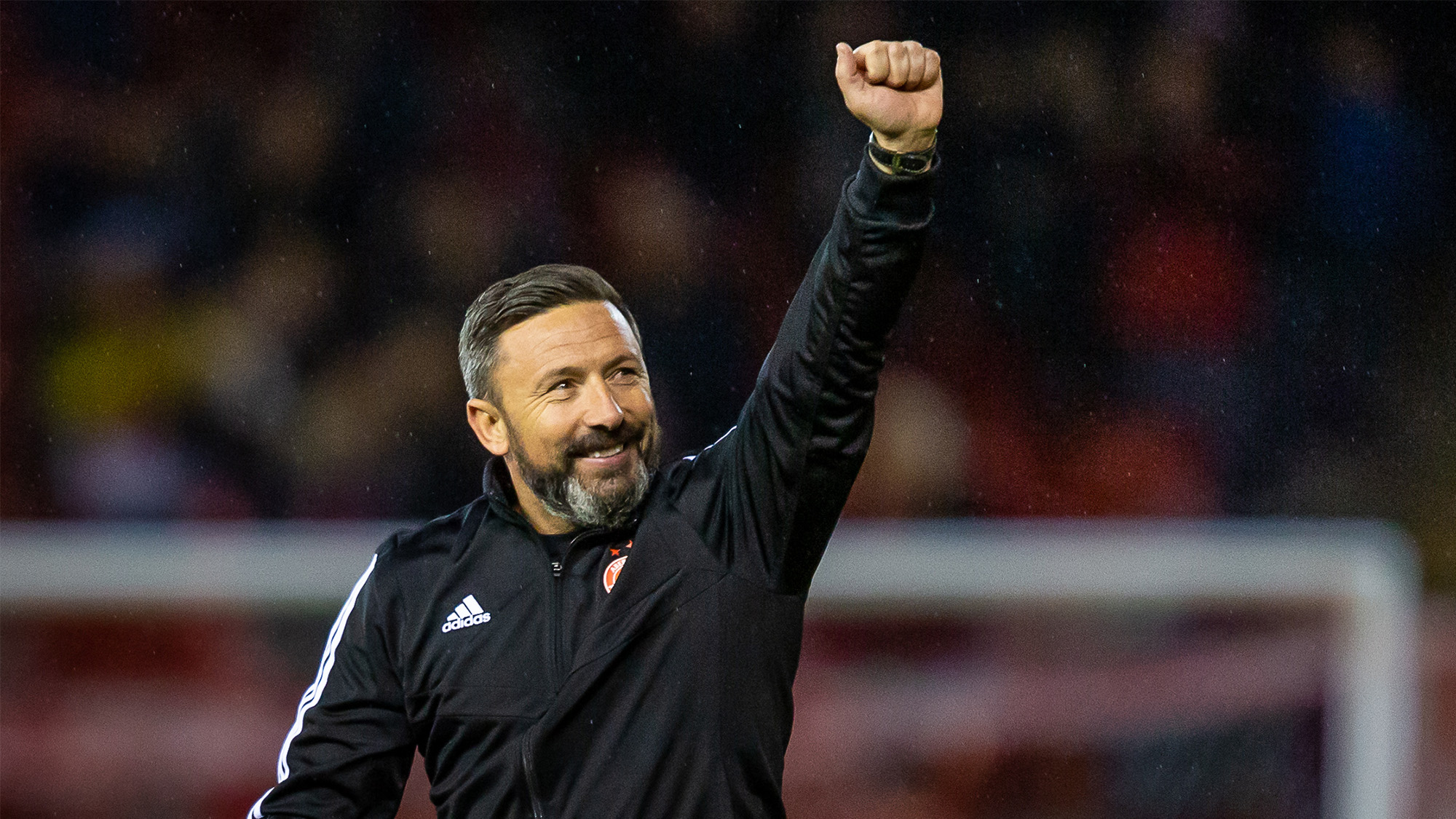 Reflecting on the win

“It was a really important three points in the context of our season.

“I said prior to the game we had work to do to try win the next two games.

“The first one up was Hearts and there wasn’t a lot in the first half. We had the better of the game in some very good areas, but in saying that big Joe’s had a couple of saves and deserves a lot of credit for playing on which was clearly an uncomfortable situation for him. Thankfully he’s played on and played his part in helping us get a win.

“I thought we were the better team and the team who were trying to win the game.

“When Ferguson scored I thought 1-0 should have been enough, but what’s been systematic of our season is losing cheap goals. They took a quick throw in and fair play to them they’ve got enough bodies in the box to take advantage of the ricocheted cross and we’ve got to do it all over again.

“Wilson assists with the first one off his left side and then assists again for Greg off his right foot.

“It was a brilliant bit of speed with a lovely weighted cross and while it was nice for somebody to come onto, Greg has a hell of a lot still to do and what a finish.
“We waited a long time for that from him and he’s been trying to be fully fit. He’s been desperate to do well for us and play his part and his winning goal will hopefully prove important for us come the end of the season.” 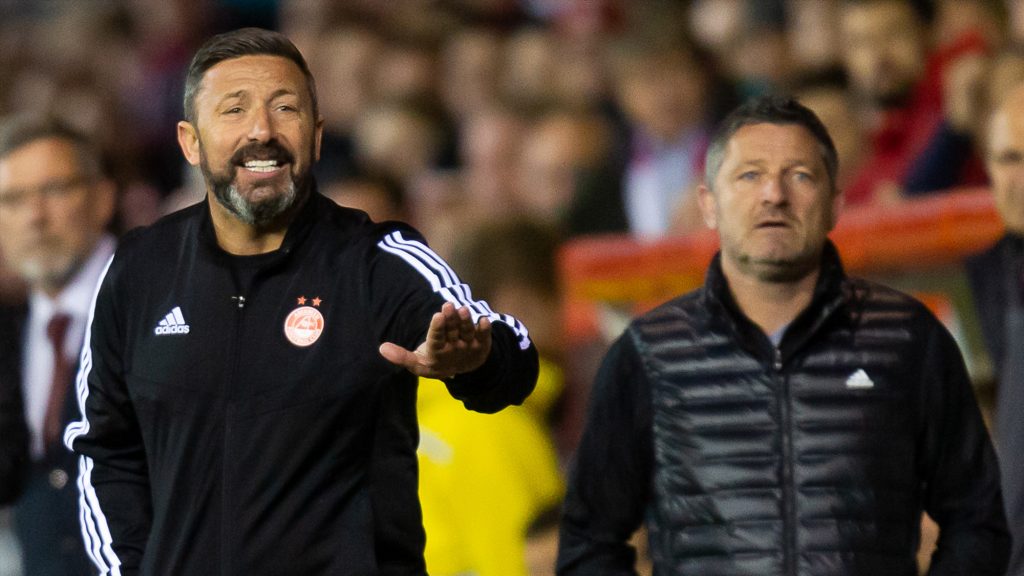 “Greg’s a good player and there’s plenty of clubs I’m sure interested in him, but for now we just need to not concentrate too much on next season with recruitment.

“We need to have a good week’s work and try go to Hibs and beat a very good team who are in good form to give us every chance of getting that third spot. We’ve got plenty to do and the likes of Greg and others who may or may not be here next season still have a responsibility to get the club into Europe and finish properly.”

“It was great to see him part of a winning performance on his last game here – he deserved that.

“The supporters deserved the win at home, but him above anybody I felt needed to leave here with a winning performance.

“While he clearly wasn’t fully fit he puts himself out there and is an example to others. There’s a dying art in this day and age that he has the ability to make others better round about him.

“Too many players these days play their own game and look after themselves and at times football can be like that, but Shinnie is a team player in the truest sense of the word. I’ve never worked with a player who has the connection with the support as much as he has.

“He’ll be dearly missed, but he’s got one big effort for us hopefully next week. He’ll rest that ankle down and hopefully be ready to go next Sunday. Hopefully his last game for us is another three points.

“His ankle was heavily strapped but he took painkillers and was able to run around. He came and chapped on my door yesterday afternoon and said he was ready to play. He wanted to play and did a bit of training. We never named the team because we wanted to see how Graeme and Shay reacted after training.

“When you have your captain saying he’s ready and wanting to play then you listen.”

Putting the pressure back on Kilmarnock

“I’m pretty sure Kilmarnock are thinking to just go and win their game tomorrow regardless of what happened tonight. We’ve done our bit and that’s all we can be pleased with. I’m really pleased with the effort of the players. We first started way back against Burnley in the Europa League and it’s been a big effort from everybody. The squad’s been stretched with injuries, but there was plenty energy in that second half.

“Thankfully the quality that we’ve maybe missed at times this season was there tonight and that helped us win all three points.” 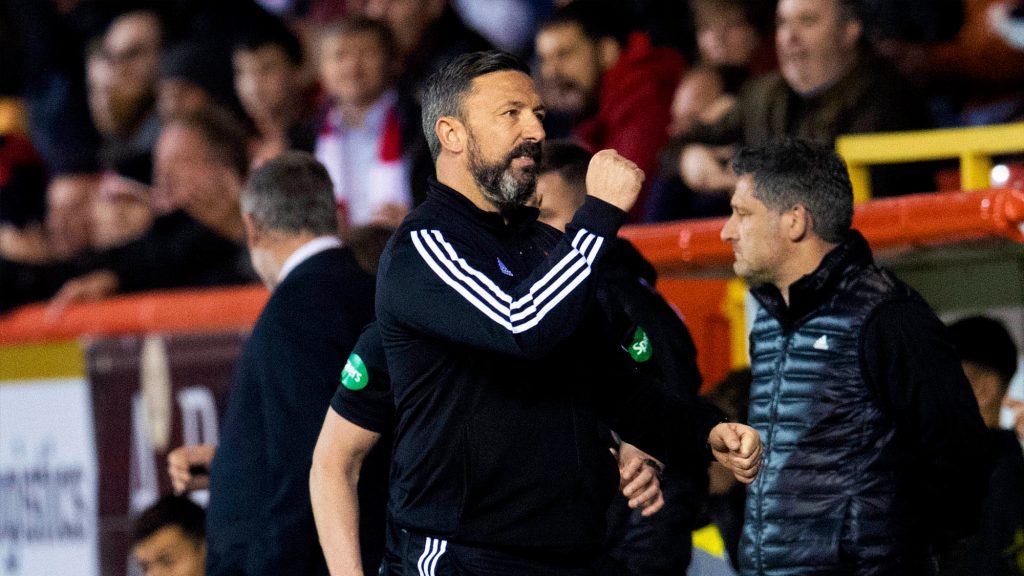