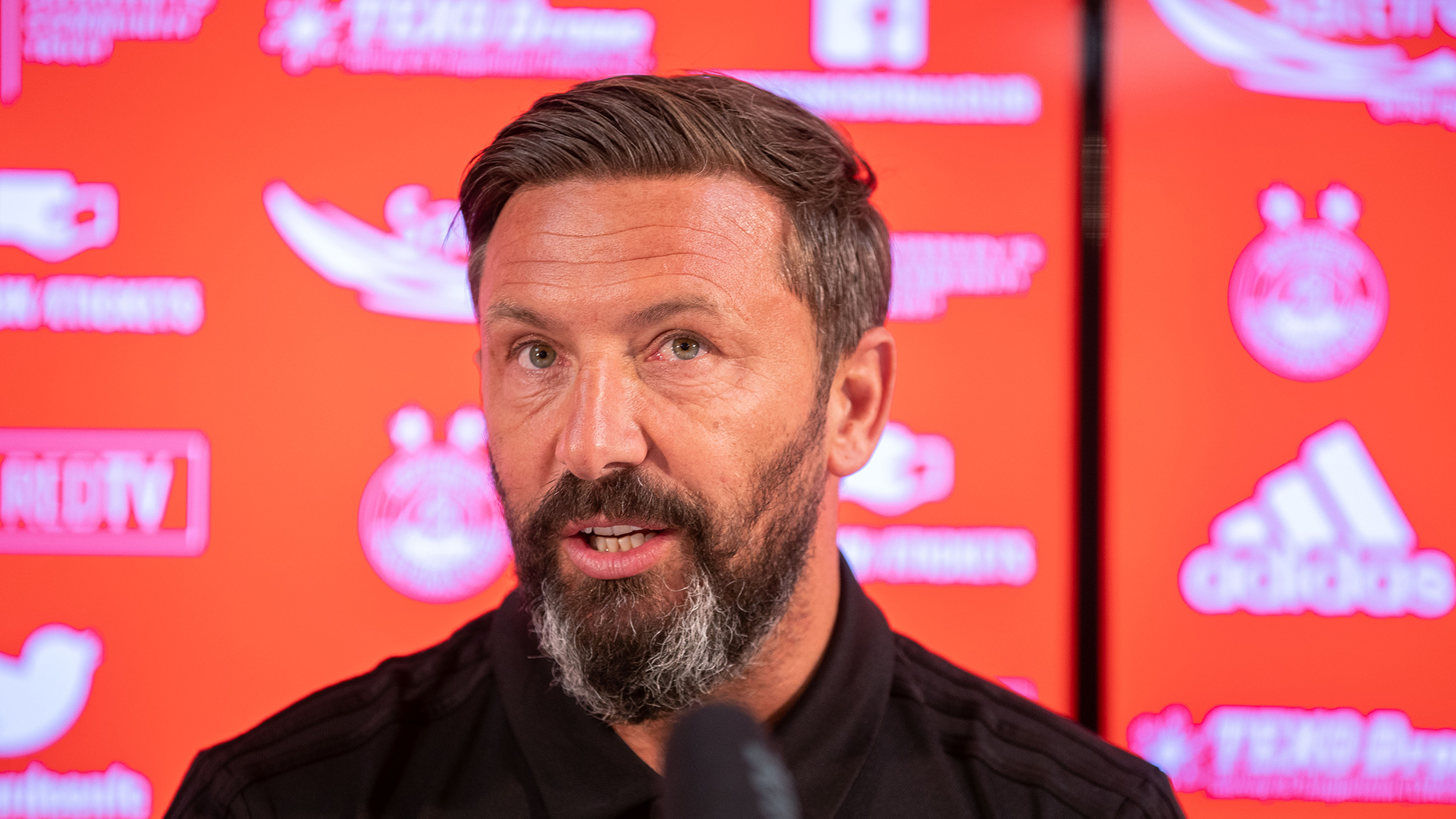 “It looks like our worst fears for Scott McKenna were confirmed after the scan. There’s a significant tear in his hamstring and was an unnatural position he got himself into with the block. The effects of the game from Thursday night may have had a role to play. There’s no doubt it’s a blow to us because he’s been in terrific form since he got in the team. I think when you put a squad together it allows you to try and cope without key players.

“It’s became more of an issue with the long-term injuries to Mark Reynolds being out for six/seven months, Scott McKenna being out for six/eight weeks. Tommie Hoban is out for a month and Shay Logan is suspended so when you have six senior defenders in the building and four of them are unavailable to you so it can put a strain on things.”

“We’ll see what we can do. Shay will be back soon enough, back for the Hibs game, and the injuries will improve, but at the moment we have problems in that area of the pitch. We’ll try and see what we can do to oversee this period coming up.

“We’ve cast the net far and wide for certain players and we’ve had offers in that have been rejected both at home and abroad over the last few weeks. That’s ongoing so there’s nothing to tell here today but that can change. The English transfer window closes tonight and there may be circumstances that allow us to be a bit more confident to make those signings. But nothing imminent at the minute.”

“It’s up to the authorities to look at each (appeal) case and from our own point of view all the clubs at different stages of the season can be on the harsh end of some decisions. Whether he (Morelos) deserved to get sent off is for others to decide and I’m not going to add to that or make any comment.

“I’m without Shay Logan and when I looked back at the footage for what he was actually sent off for and suspended, he did absolutely nothing other than a yellow card offence for getting himself involved, but he did nothing there that deserved a red card offence. When we appealed that we didn’t get it rescinded and he did a lot less than some others do. You never know with these appeals and some go for you and some don’t. it’s not isolated to one particular club, harsh decisions.

“From our point of view, we’re pleased the game finished positively for us and we got something from the game. We didn’t play well, and I thought Rangers were the better team. I thought we tried to be positive and we ended up with McGinn and Mackay-Steven at full back to try and get them on the ball and create. We ended up with a front two and three supporting midfielders. Rangers set up to surrender possession and we never used it well enough, but we were very positive and at the end of the game wee Bruce scored so it ended positively for us when we were not at our best. Also, McKenna going off, not having a natural right back, the travelling from Thursday night; we’ll take the point and move on.”

“It will be tough. Dundee have shown they are capable of big results and Neil has made some changes there and brought in some players. We’ve familiarised ourselves with them more this week having watched them. They’ve not had the start they would have wanted but having watched the game back against St Mirren they have been hard done by not to get something from the game. Ultimately a mistake has cost them getting something. I think it will be tough and it normally is at Dundee, but we normally get good results down there and overcome that challenge. We’ll have a big support there will over 3,000 going down to Dens and they’ll be in good voice. Hopefully we can build on what for me has been a decent start for us through the European campaign and the result against Rangers when we weren’t at our best. Hopefully we can go down there and get all three points.”

“If we feel he’s (Bruce Anderson) ready to play and play from the start then we’ll do that. I think it’s like any young player you’ve got to be mindful of not putting him in too soon and exposing him too much. The positive for us was a late equaliser is always better than losing one and for young Bruce to be the one that gets us the point is brilliant news. He’s a boy we’ve all high hopes for because he’s a natural finisher. Physically he’s still to develop and has had one short loan spell at Elgin so to bridge the gap as a starting number 9 is quite a big ask. When we asked him to go and do his duties on Sunday he did it. He’s had a good week and will take the confidence from that. At that age you just can’t wait for the next game and that’s the way it should be.

“The chance is always there, and I’ve said that often enough. People can comment from the outside, but I get the luxury of seeing them every day. It takes more than being a good player, but the confidence and temperament that young Lewis and Bruce have shown along with McKenna is what a youngster should learn. They became full time players because of their ability, but it takes more than ability to be ready made and do the job that McKenna has done once he’s in the team. You’re looking for the younger ones to have that attitude to be good enough to play week in week out. It would make my job easier and hopefully we can get more youngsters in the team.”