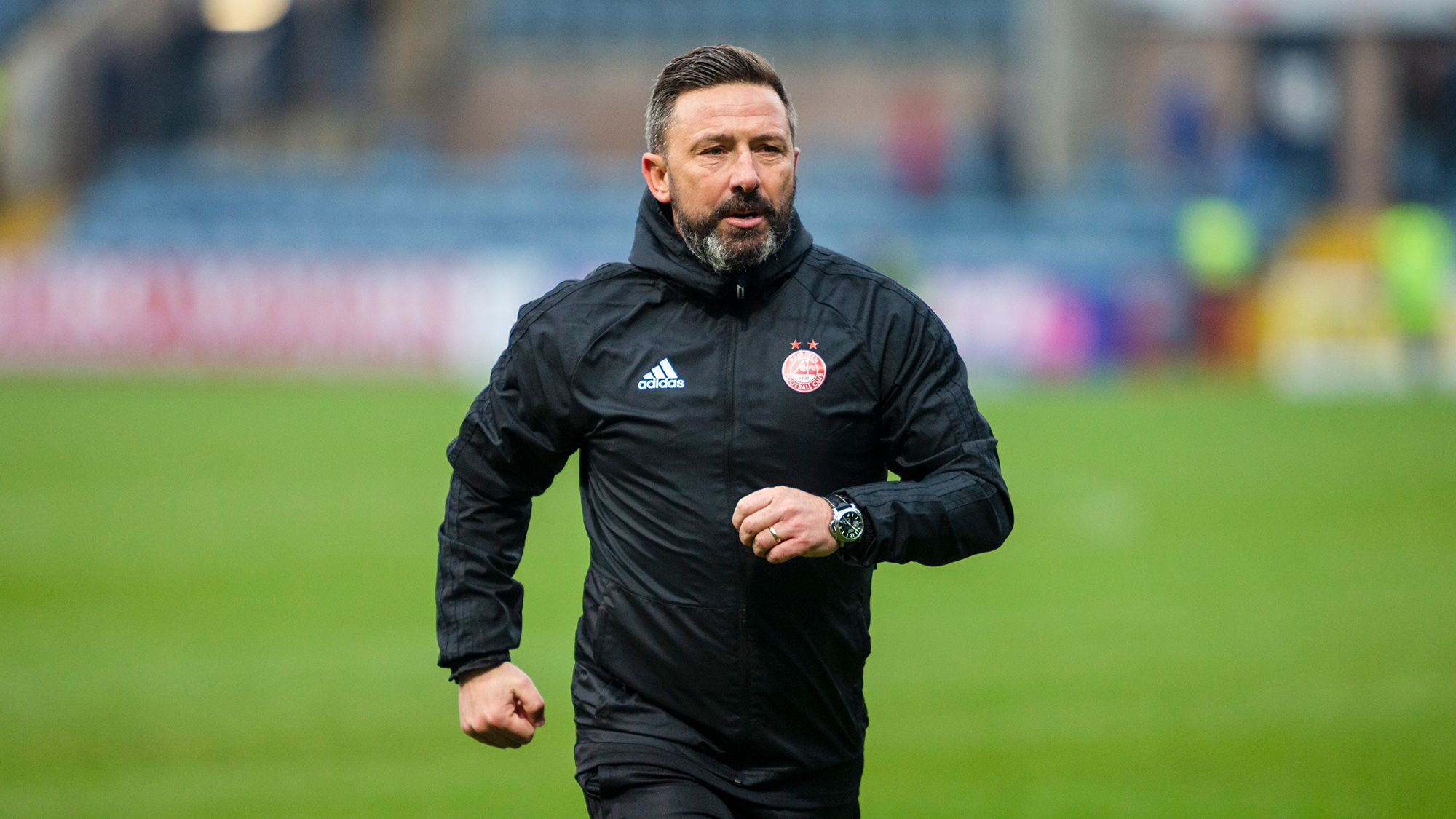 Post Match quotes from the Dens Park press room. The RedTV interview is available on the red button:

“Obviously the first objective was to win the game. We have done that.

“It was not plain sailing, clearly.

“First half I felt was not good enough from us.

“I thought we had actually started the game quite well, the first 10-15 minutes we had good control of the game but we were too loose in possession, we did not show enough confidence when in possession, we did not show enough penetration in possession and were giving the ball away too readily and were giving encouragement to a team who were probably looking for a bit of encouragement. Jim’s teams are always hard working but you could see they were maybe lacking a bit of confidence. I thought we gave them enough encouragement to counter attack on us a couple of times.

“So I was not best pleased at half time.

“But I thought the team who were going to step it up in the second half would win the game and thankfully that was us.” 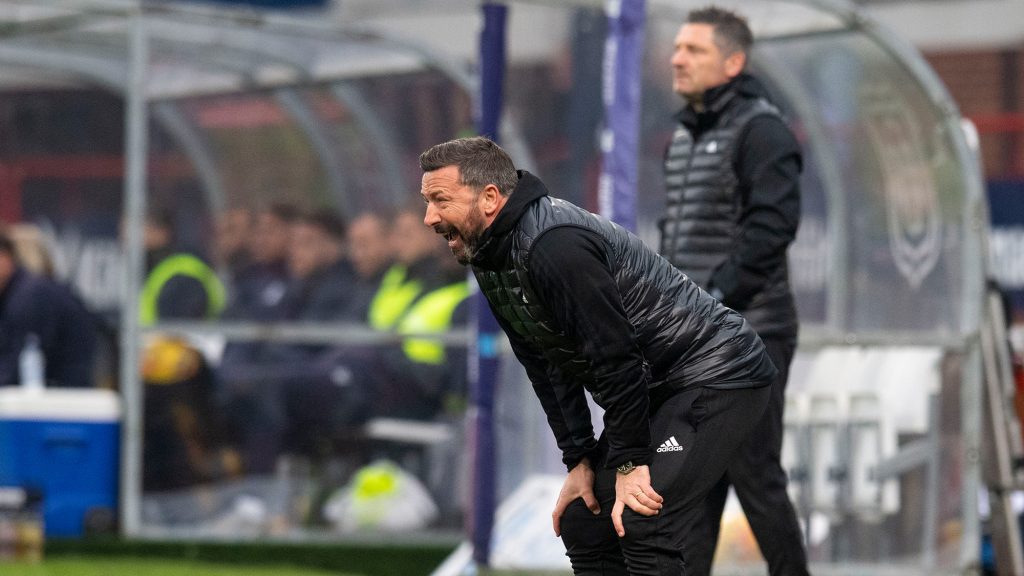 “We stretched out our two wide ones to make it more of a midfield game and to get more control.

“The counter attack that led to the penalty kick was great. From Joe to Max and the run of Ferguson really needs to be acknowledged. We go from our box to their box so quickly but Lewis still has the ability to steady himself and wrong foot his man and get the penalty. It is great play by Fergie and Sam gets his goal.

“I felt the second goal was coming to be honest. Good play again, Shinnie instead of taking the shot on makes the right decision and gives it to Connor. He does his wee bit and gets good movement from Cosgrove to get his 20th goal of the season.

“So delighted with the win, delighted for our supporters who stuck with us today because the first half was clearly not good enough. Second half we got our just rewards by everyone in an Aberdeen shirt stepping their game up.

“Once we got the second goal you can see the impact it has on Dundee. We could certainly have had couple. But I would have taken 2-0 before the game.”

“It is so important for any team who have a player with that goal return. I am delighted for Sam to reach that milestone. It has always been a figure for an Aberdeen forward to get to. Rooney did it and then Sam followed in his footsteps.

“I am delighted with the improvement with the boy. He has worked ever so hard. He has proved a lot of people wrong. He will still have his doubters and it is clear that there is still work to be done. But it is a fantastic story for him after being written off by so many.

“To score 20 goals is not easy for a young man who is still rough around the edges. He shouldered that responsibly to get those goals, which speaks volumes of him.

“We tried to buy strikers. We had loads of bids in. Unfortunately we did not have the money to go the extra mile to get the strikers we wanted. Obviously Sam had to win the fight internally with Stevie and James and I think he has led the line well.

“Even when Sam was not scoring goals he was an important team player. That is easy for me to recognise but for everyone else, you still need your striker to score goals and thankfully he has managed to still be an influence when he is not scoring and has added those goals to his game. He is now getting a bit more recognition from others and rightly so.” 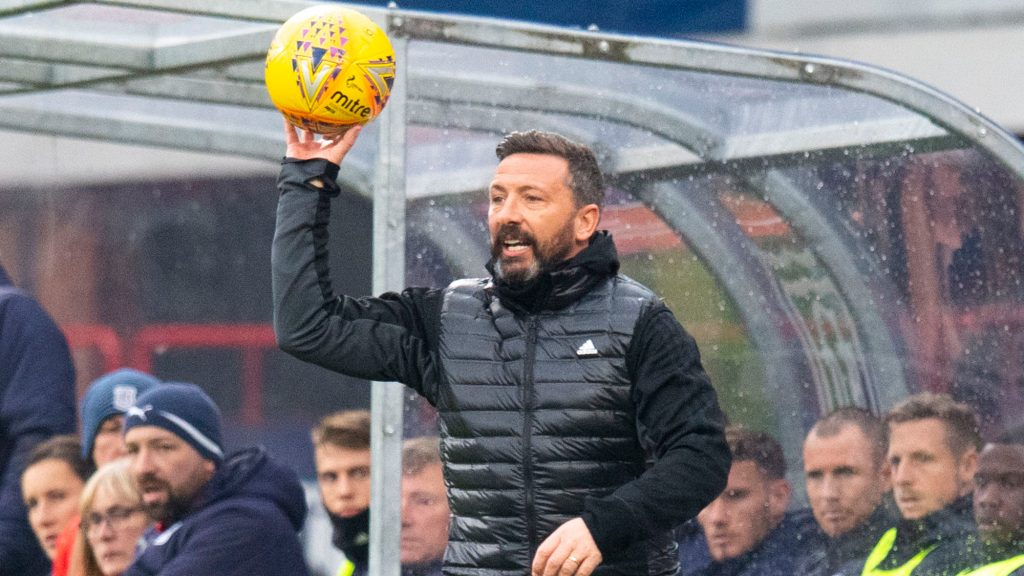 “It was important to win for ourselves (not because of other results). We were disappointed with our second half performance against Hearts. It was not good enough and we have thrown away points from a winning position.

“So this time last week we were not feeling very good about ourselves. We spoke about that this week and got a win against a good Motherwell side and followed that up today with a win.

“It is good to get six points from the last two games, but once you get into the post-split everything is sorted out. The head to heads will decide things. You are playing against good teams. It is only when you get to these last five games that things start to play out.

“But delighted to have a healthier points tally than we had at this time last week.”

“The players will be off tomorrow and then we will start to prepare for Celtic and the semi-final and try and get the club into another final.

“I have not thought about next week too much (team selection) because you have to deal with what is in front of you first. Stephen Gleeson is an experienced midfielder. We have other options who can play but Stephen is one of those options and I thought he did well when he came on. He brought a bit more calmness and control to the game. He helped us nudge the ball along into the right areas. It also unleashed Shinnie a bit who could go and support Sam Cosgrove. I thought Shinnie was better once Stephen came on as well.

“Connor (McLennan) was one we needed more from because he is now a key player. If you start games, then you have a job to do. I felt we needed more him in the second half like the rest of the boys. Second half he had an impact on the game and that is what you want your wide players to do. He has another assist today and he certainly played his part.

“He is a boy who I always thought highly of and now that he is over his injuries, he is able to have that impact on the team. Long may it continue.

“Greg (Stewart) took a sore one but he is ok. The physios are not too concerned about it.” 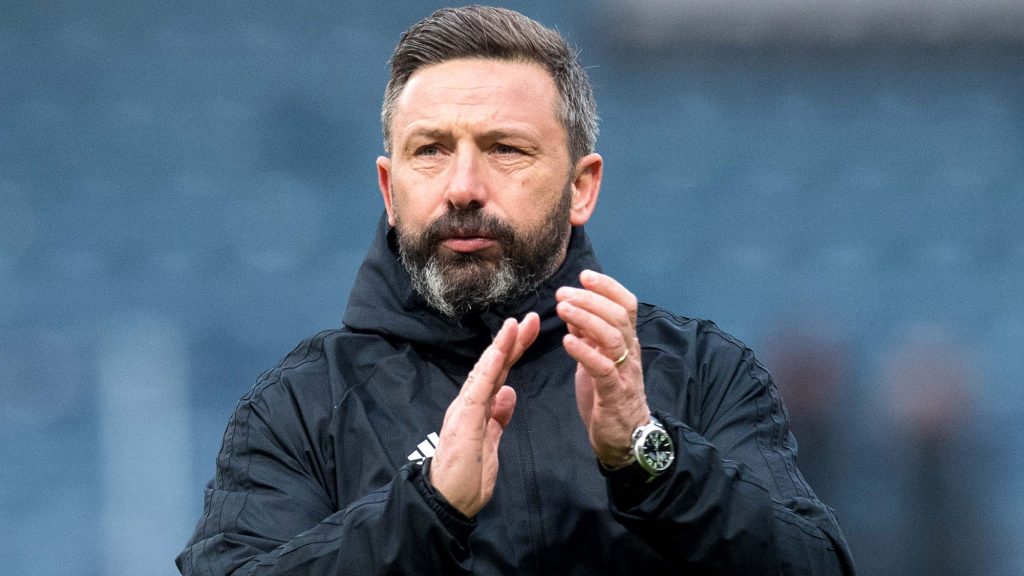 RedTV | View From the Dressing Room

RedTV | View From the Dressing Room