The Manager | “A very positive performance” 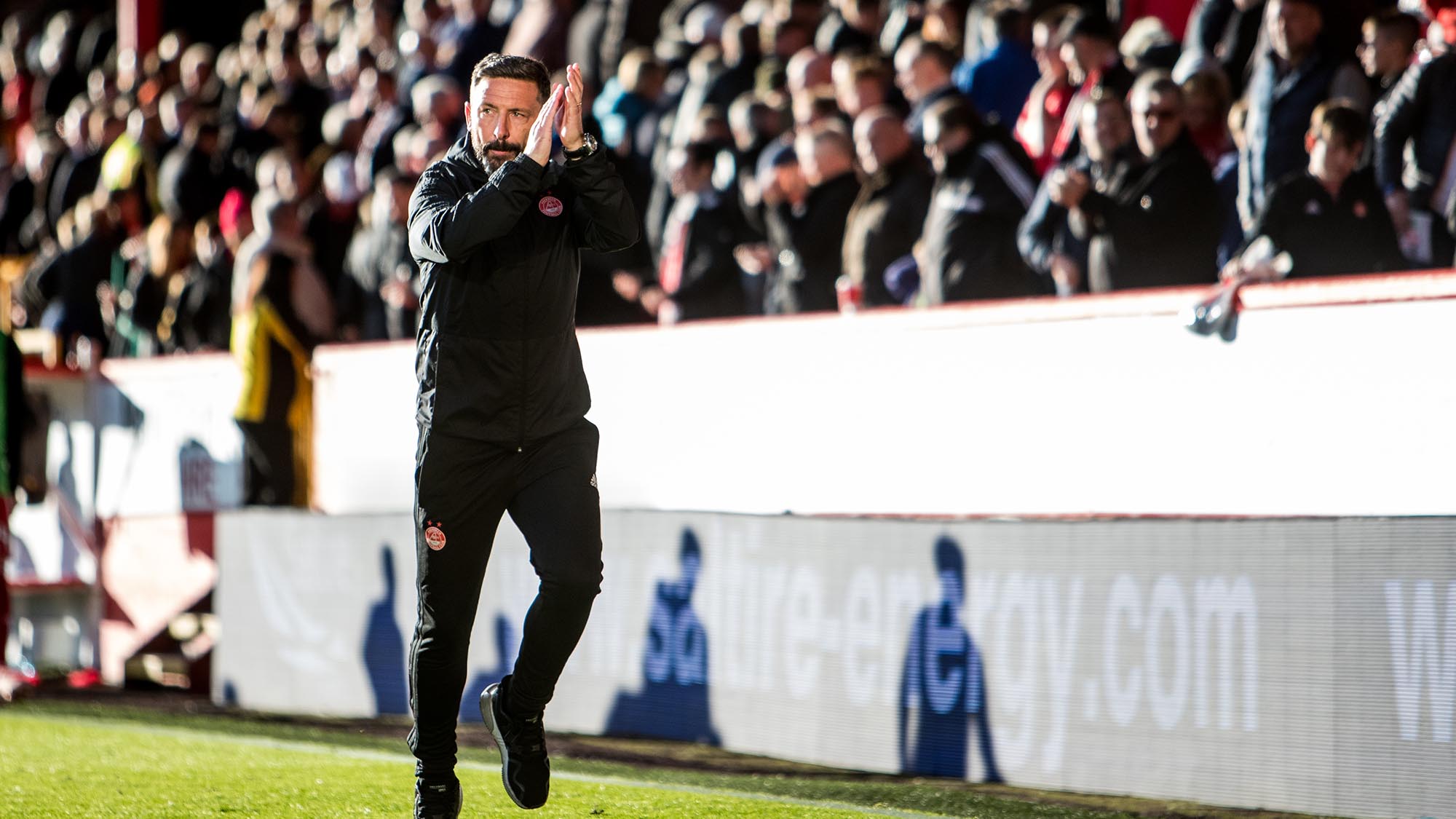 “I’m delighted considering all the problems going into the game.

“It’s been a tough week. We were hopeful we’d have had a couple more players back, but they were clearly not ready yesterday in training. We thought James Wilson and Stevie May would be ready to play and that’s on top of Niall’s groin reoccurring again. He felt it on Thursday morning and reported, but we still thought he was going to be ok. McKenna’s suspension was the last thing we needed so that was four from our starting eleven last week.

“I would have taken any sort of victory today, but to have such an emphatic victory with lots of good play and lots of positives like young Connor scoring a fantastic goal, the performance of Max Lowe, Sam getting his two goals and having Lewis Ferguson back into the team, I’ve got to be pleased. We’ll get a few more back before the next game and hopefully be even better again.

“I’ve not been able to play the same team twice in a row this season and haven’t been able to get a back four together with one thing after the other. That kind of familiarity is always important in any team especially now that the season has settled down going into October. The youngsters have had to play their part and be more prominent which long term is such a good thing for us. We’ve never used this many youngsters and last time out against St Mirren Frank Ross got the late call to start and was very good on the day. That was similar with Connor today. It was a late shout to play after one or two missing out. The performances of these young lads give us lots of encouragement and that gives me comfort because it bolsters the squad and means we can be more dependent on the youngsters at the right times. That is never a bad thing.

“Like anything else strikers need the goals as they are like gold for them. That’s two lots of four goals we’ve had, and Sam got his two today. That’ll do him no harm. Tony Doc had said to him 30 seconds before he came off to go and get his hat-trick, but I said there was no chance as wee Bruce’s coming on!

“He should be pleased with his overall game. I love how he took the ball in, he linked the play and his two goals were good finishes. Sam for us is one we always felt was a good signing for us and we’ve been working with him to iron out some of those rough edges. He’s a youngster who’s not had a lot of game time, but he’s been effective, and I’m delighted he’s managed to be recognised as a goalscorer for Aberdeen. 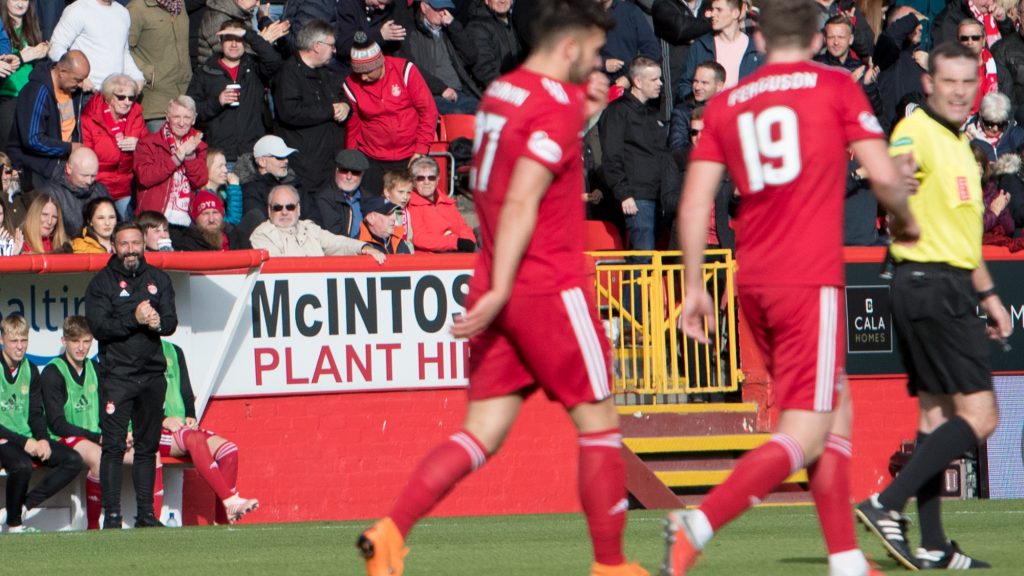 “I thought it was a good game for Max. Last time here we played Graeme Shinnie at left back and St Mirren are very compact and narrow. I said to Max go and be a brilliant full back in our own half and play like a winger in their half and that’s exactly what he was. He was positive, he was assertive, imposed himself on the wide player he was against and the pace he’s got is clear. It was a lovely finish I don’t know how he ended up on the penalty spot, but he gets there, and it was a lovely calm finish. He’s one we’re enjoying working with and he’s one who’ll get better. He’ll have a good career and we’re grateful to have him.

“I thought their goal was kind of indicative of how the game was playing out. When Connor went off injured we lost that pace and zip and we were playing nothing football. We were controlling the game, but I’d liked to have played the game a wee bit more in their half. It’s a mistake (from Gleeson) but these things happen. It’s difficult for players when they’ve not been playing as regular as they want, it was a bit of sloppiness which we wouldn’t have wanted, but it’s not going to spoil my day. It was a very positive performance.

“I think we have always been competitive even if we haven’t been as free flowing in games.

“The two games we’ve lost were at Celtic Park last week where there was nothing between the teams and the other defeat was when we played with 10 men for 87 minutes against Kilmarnock. Even though we’ve not been at our best we’ve still been as competitive as ever. That pleases me.

“When you’re looking for that familiarity it’s important you still pick up points. Nobody’s more aware than me about winning games at Aberdeen and three points is very important. Three points today we’re grateful for and I’m confident because there’s been enough performances where my team has been stronger.

“We came away from the Celtic game last week and I said to Tony that if Lewis Ferguson had a good week’s training he’s the only one that would probably make me consider changing my starting team. Then before we know it we had four missing so there’s challenges and as a manager you have to deal with it. At this minute in time it’s Aberdeen’s turn to suffer but hopefully we get a bit more fortune as we go along.

“Scott and Graeme will do the club and the country proud if Alex decides to play them. Both of their games are in a good place and hopefully they get that opportunity. It’s important when they go away with their country that they feel worthwhile and valued and I’m sure if called upon they’ll do a job for Alex. Hopefully they come back injury free because we need every player we can with the games coming up.

“We’ve got big challenges ahead of us in the forthcoming weeks and it’s important those two come through unscaved.” 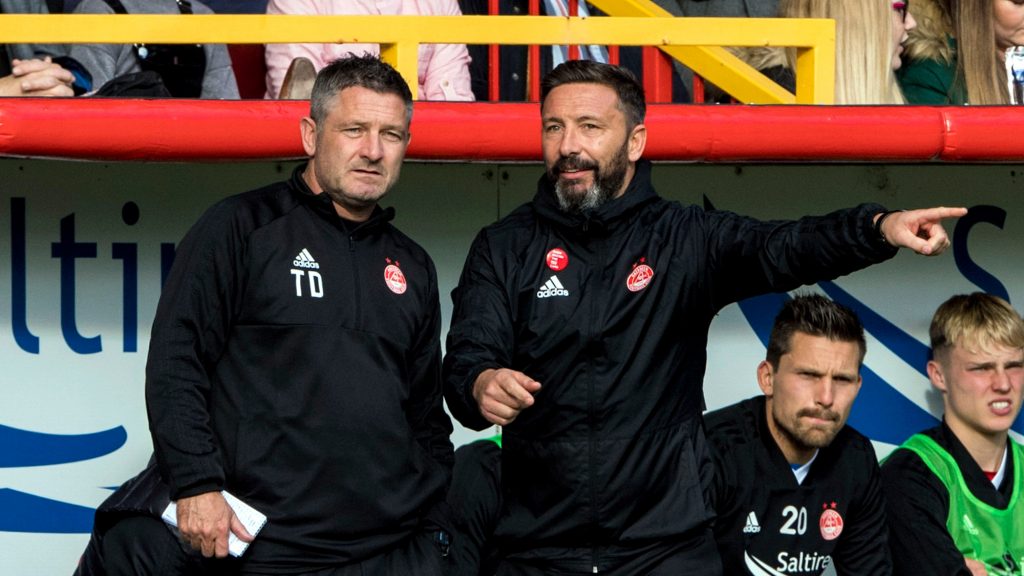