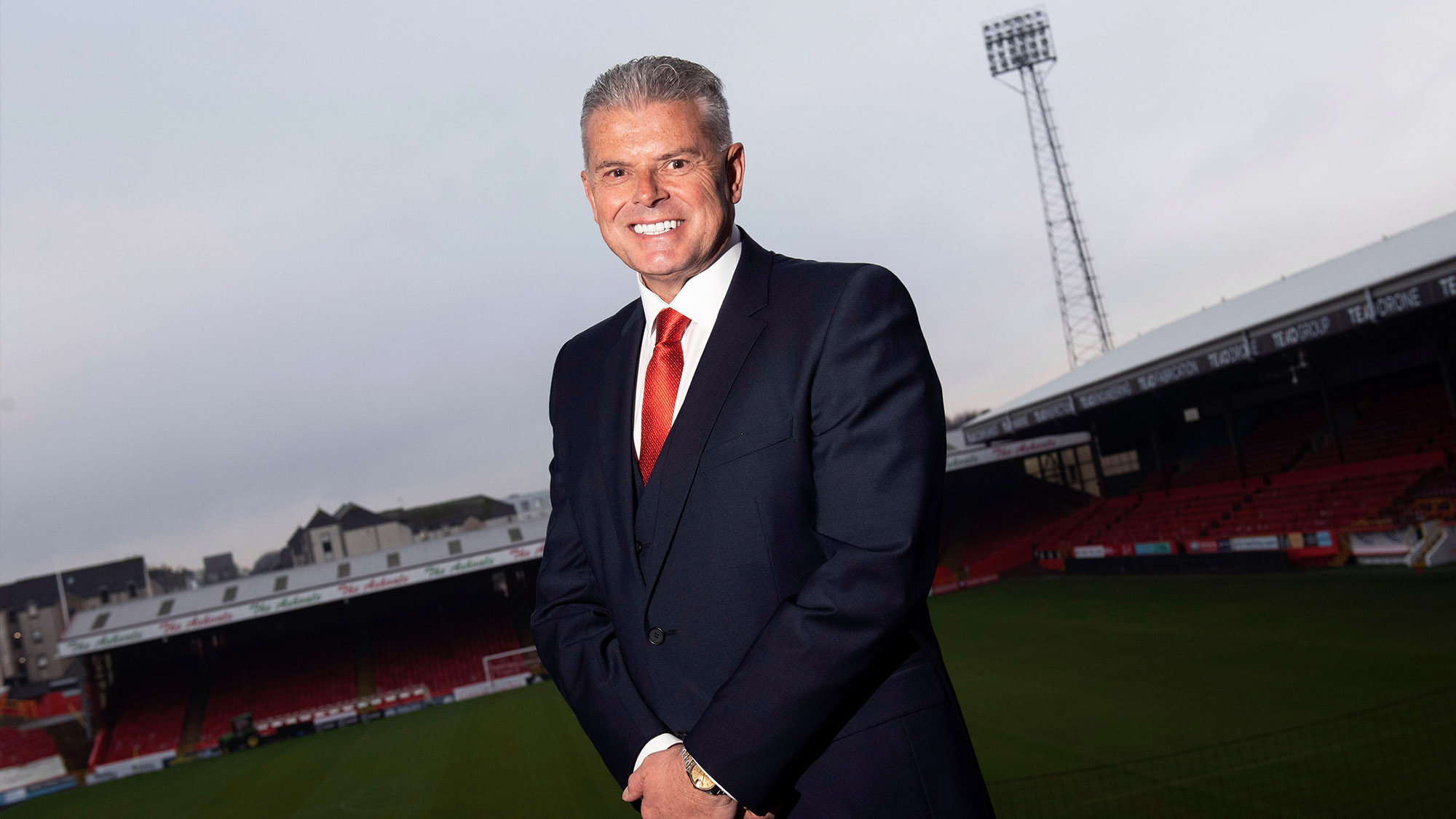 “When we looked at our strategy and our philosophy and our vision that we defined in 2019, it was very clear that the candidate that fitted our profile was from the emerging talent group. We then filtered down a number of these candidates for deeper interviews and follow ups on Sunday night. We had a board meeting on Monday night and then made the decision.

“When you look at emerging talent, when it comes to Scotland and England, we seem to have an issue. There is a merry-go-round of experienced managers. For us as a board with our strategy and our philosophy, we felt emerging talent is important. There are plenty of examples where emerging talent has been given a chance and done very well, including at some of the top clubs in Europe. In Germany and all over Europe, and in North and South America, this emerging talented is absolutely the way forward.

“With that in mind, and looking at the emerging talent from the people we interviewed, Stephen was by far the person that ticked all the boxes. For example, he knows the Aberdeen way. He was mentored and coached by Teddy Scott, Alex Smith, Willie Miller. So you put that together with the experience that Stephen has gained, then we felt that was the key rationale behind appointing Stephen.

“He has a track record of producing young players for Atlanta. He has been a fully licenced coach since 2014. He has earned his spurs. As well as the coaching experience he has the leadership skills and the drive to take on the Aberdeen job and be successful.

“He is giving up a career in the States with the top team in the MLS due to the facilities they have got. But he is very excited about coming here.

“I have got to know Stephen. Some people will think that is why he got the job. Absolutely not. We want to be successful. The last thing I am going to do, and the board are going to do, is appoint someone who is not going to take us forward. My expectations of myself and everyone including Stephen are going to be extremely high. The benefit of knowing Stephen is that I have got to know his personality over the last couple of years.

“He is humble guy. He is absolutely clear on what he wants to achieve and on the style of football he wants to play.

“He is a strong communicator. A strong leader. A strong advocate for the style of football we want to play. And he is a winner.

“We are getting an Aberdeen guy who knows the Aberdeen way, who is committed to being successful with the club.

“The conversations that I and the other board members have had with Stephen have been around what we have and where we need to focus. It does not take a rocket scientist to work out that the transition into the attacking side and scoring goals is a major problem for us. He is well aware of the team and the players, and the players who are out of contract in the summer.

“He will come in and support the interim management team who are in place at the moment and also get the team ready for next season as well. He has to get his team in place. That overnight has already started.

“Stephen will be supported financially this summer and he will be able to recruit the players that he feels are necessary to bring in. At the same time, he will take a really good look at the young players that we have.

“It will also be Stephen’s call to make the decision on the support staff. Once he is in place, he will make the announcements on the additions he wants to add.

“The message to all the fans and stakeholders is that I feel the weight of responsibility of the club. I thrive on situations like that. There are a lot of really exciting things happening at the club on and off the pitch, but the most important thing is to get a team out there who entertain and win games.

“You will see some announcements in the near future of players who will come to Aberdeen that will add real value to our squad.

“I would ask the fans to trust me and trust the board. We feel this is the right appointment for Aberdeen FC.”

To watch the interview in full with Dave please click on the red button.

RedTV | AFC Women Get back to Training

RedTV | AFC Women Get back to Training