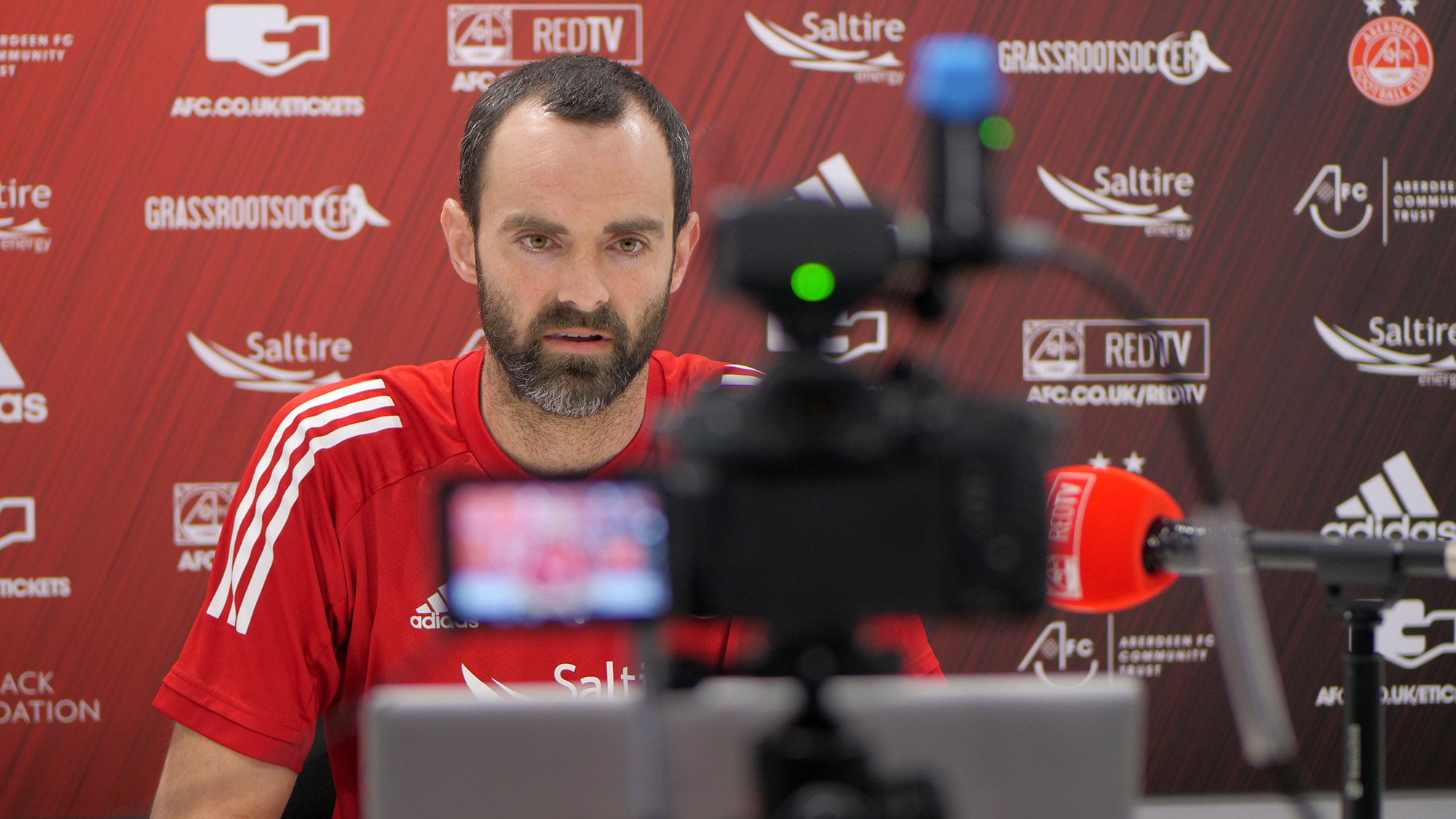 “We have seven games left in the league now. We have seven league games coming up which are massive games, starting on Saturday. It is vitally important we make the most of our home games especially, but all the games are very important and we need to apply as much pressure as we can on the opposition, score some goals and get some fluidity into our play. There must be plenty of energy and passion. We have to show the importance of the games in our performers.

“At the end of season, you can always look back at where there could been better results, games where points were dropped unnecessarily. Come the end of the season we don’t want to be looking back and saying ‘what if’. Yes we will look back and think we could have been more fluid in our play, but we don’t want to look back and rue the missed opportunities. To avoid doing that we need to have a strong few months.

“We could be on a lot more points than we are now, but we can only look forward at these next seven games and be positive and attack them in the right manner.

“Hibs have an advantage over us, they also have the game in hand, and we can only influence the game we have against them, but at this stage of the season everyone is fighting for something, there is plenty to play for so there are no easy games. Then after the split you are playing the teams around you. I think there will be some surprise results between now and the end of the season. It is going to be interesting to see how the post-split fixtures lie. Hopefully there are some crunch games in the last few weeks. 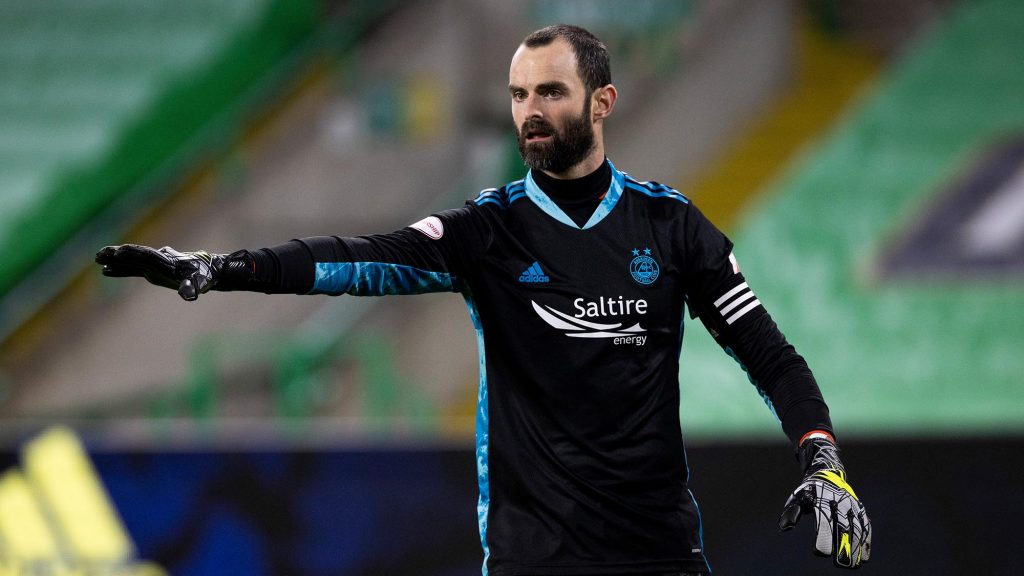 “The clean sheets have been good.

“The three in front of me, Andy, Ash and Tommie, they have all been really reliable defenders. They enjoy defending.

“I know what I am going to get from each and every one of them. They listen well and as a group I feel we help each other out verbally to make sure we are all in our correct positions. Defensively we have been good this season, not just the defensive unit. Clean sheets are a team effort and you do defend from the front. The work rate at the top end of the pitch does make our jobs easier.

“We have been good defensively this season, but we need to start sticking the ball in the back of the net.

“And that responsibility falls on everyone. When you are not scoring goals, everyone looks at the forward players but as I say the clean sheets are a team effort. So as a collective we need to start scoring some goals.

“We have had a good week on the training pitch. The weather has allowed that, compared with recent weeks when at times it was difficult. 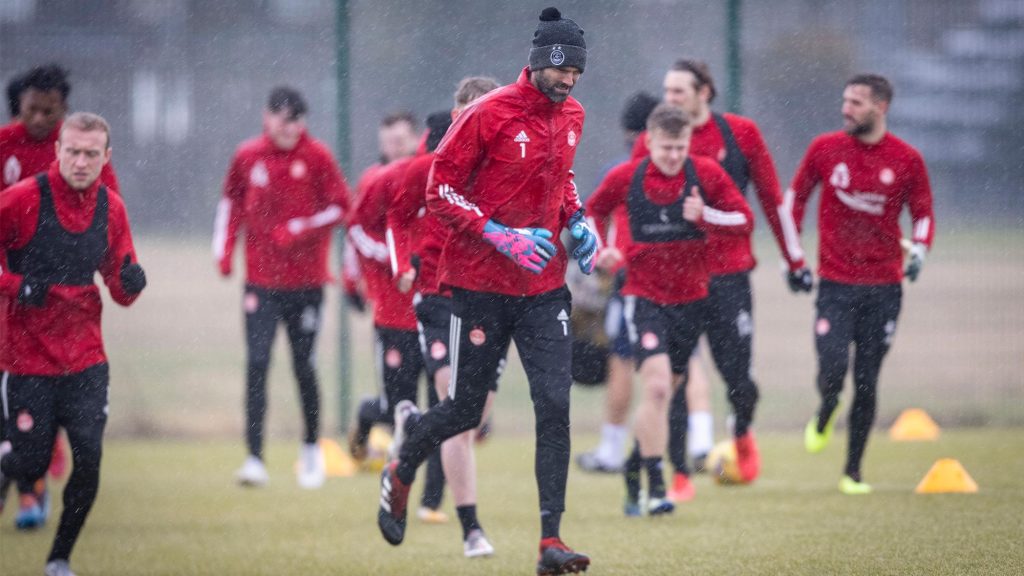 “And the forecast on Saturday is decent so hopefully you will get a good positive attacking team from us.

“Hamilton, especially at this stage of the season, always do well. they seem to come into their own at this stage of the season when people write them off. They are a side that never know when they are beaten. They can be two, three nil down but they keep fighting. So we know it will be a tough battle. They are fighting for survival. We are fighting for third in the league. So it is a game where there will be a lot of passion and a lot of effort. Hopefully the qualities we have in our team can stand out.

“If you look at any of the leagues this season, it has been a strange season. A lot of teams have had to content with injuries – maybe that is down to the lack of training during the first lockdown. It has been very difficult with no supporters, which is a huge part of it. I am not sure if it is concentration or focus, but there has been indifferent form from most teams and we have been no different to that.

“We have missed chances. At times there has been an element of bad luck – we have hit posts, crossbars, had a goal disallowed when the ball appeared to cross the line and had strong penalty claims turned down. None of that has helped. But we now cannot be leaving anything to chance, anything to luck.

“The performances have got to be strong.

“What we do know is that we have seven league games and now also the Scottish Cup as well which we are looking forward to. Come the end of the season, it could have a completely different look to it compared with right now if we can have a good spell. It is all to play for, we have to relish that and hopefully we can turn our season into something successful, starting with a win on Saturday.” 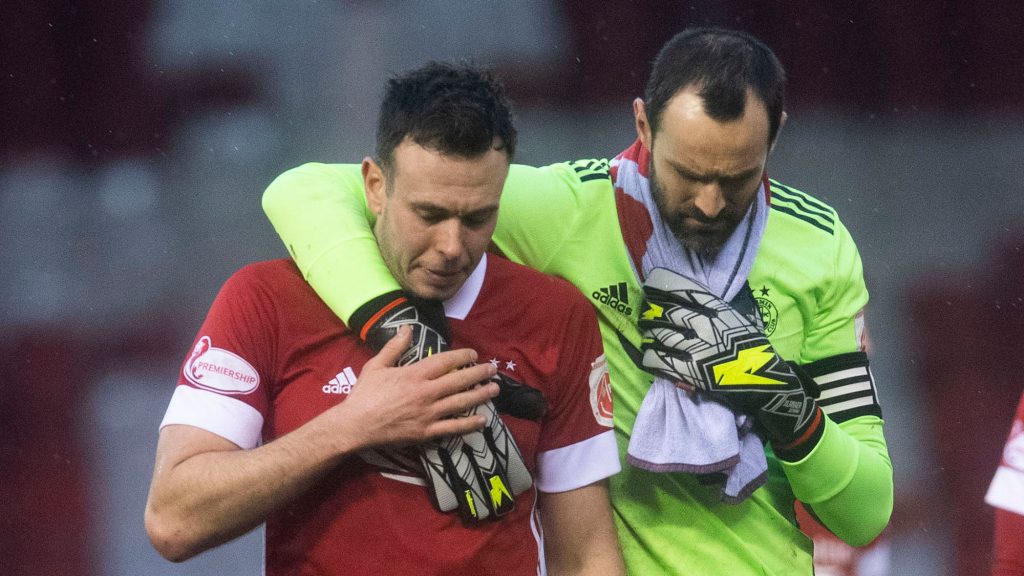 To watch Joe’s pre match media conference please click on the red button. Ahead of the game there will also be an extended interview with the skipper on RedTV.