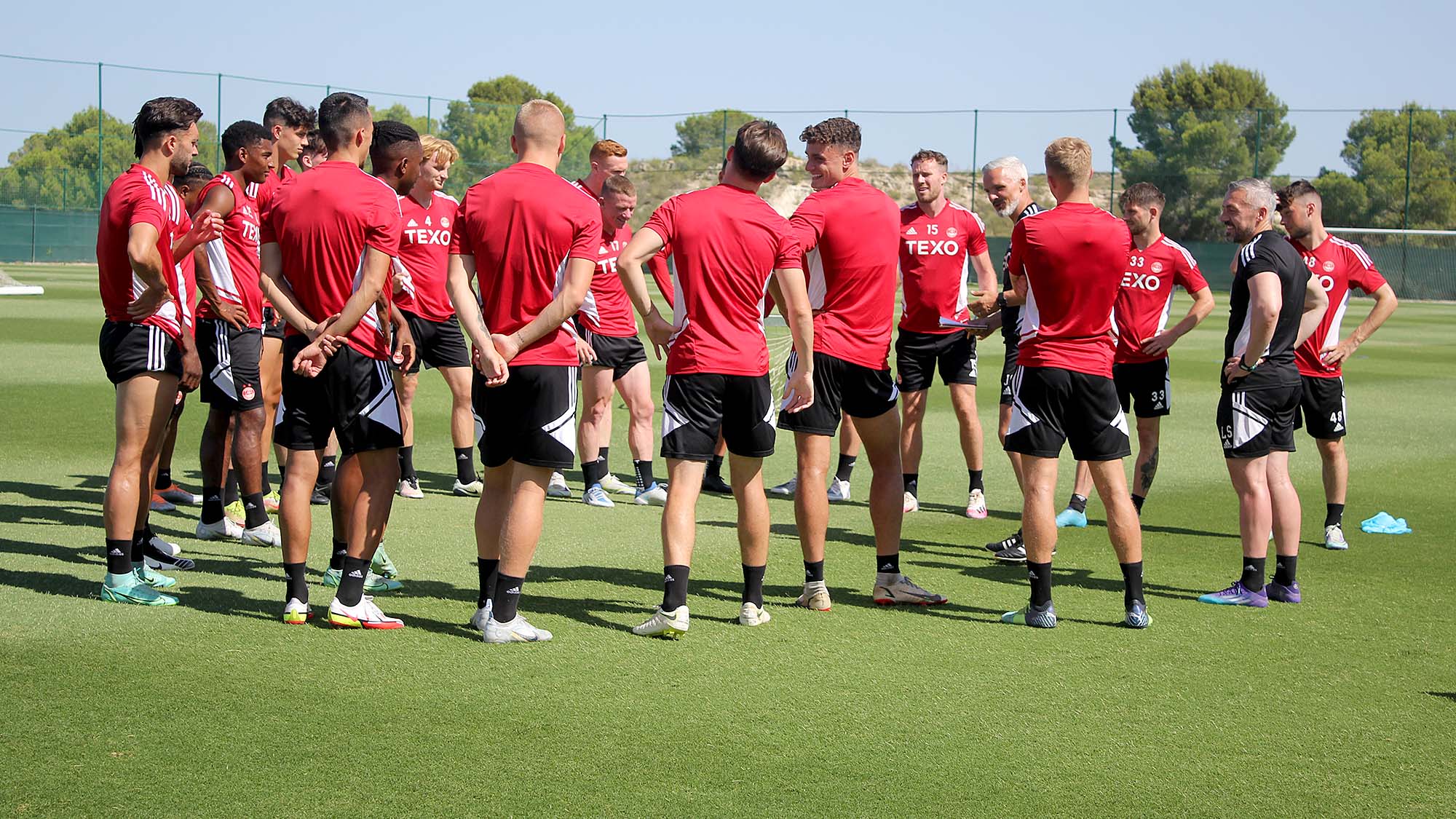 Manager Jim Goodwin sat down and spoke to RedTV after the final training session in Alicante this afternoon and started by thanking all the staff at the La Finca Resort who have helped contribute to an excellent pre-season training camp.

“The week has gone very quickly but it has been a brilliant camp from the travel to the facilities, the pitch – everything has been perfect to be honest. The food has been exceptional. The staff could not have been any more hospitable. A massive thank you to all of them.

“Every player has come through every session unscathed which is rare. A lot of guys pick up little niggles but touchwood, the boys have come back in such good condition they have been able to adapt to what we have asked them to do. The physio team and sport science team deserve credit for that as well, having the players available to us every day.

“It has been a really worthwhile trip.

“Of course, it is about fitness and being able to train here in the great weather and do three sessions a day. But it is also just as important to get that togetherness, especially with the new guys.

“It is all about team spirit, team bonding, togetherness.

“The attitude of the players has been exceptional because it has been very demanding for them. They have worked really really hard. We then had a decent game yesterday (1-1 draw against St Johnstone) and everybody got 45 minutes. We probably should have scored another couple of goals, but it was a fitness exercise. The results in pre-season games are not the most important thing. We want to get into that winning habit as early as possible and we want to keep cleansheets and score goals, but it was a very worthwhile exercise. 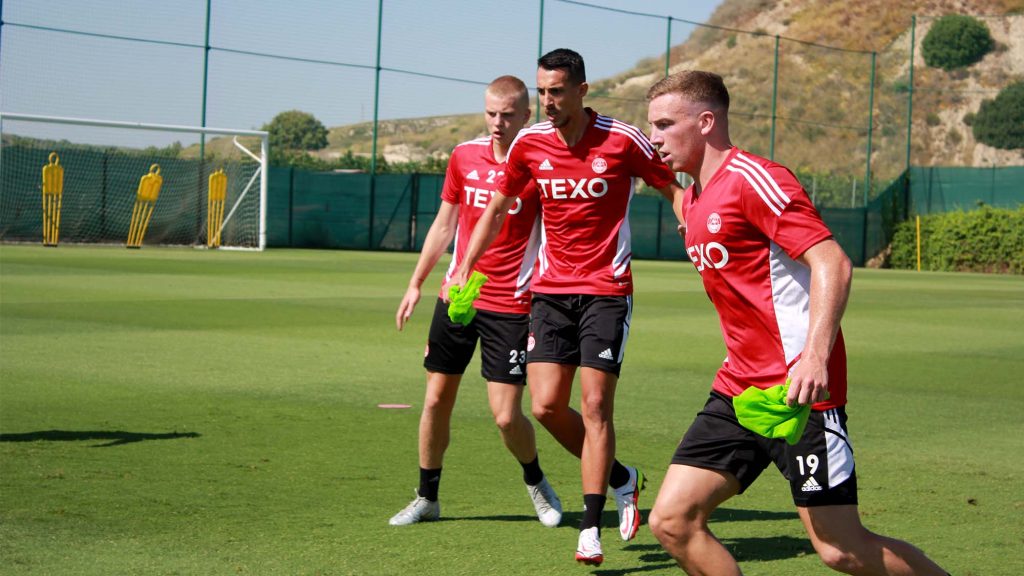 “Having Bojan Miovski with us this week has been great.

“Bojan is a really good character. Having only been here three or four days, you can see that he is starting to feel comfortable around the staff and he has trained really well. He looks really sharp. He showed good composure to get his goal yesterday as well. In training he is banging in goals for fun, he has great moment, a great touch and for someone so young he has great awareness. He is one we are very excited about.

“All the new guys, Anthony, Jayden and Liam, they have all done great and Kelle has worked really hard with Craig Samson.

“Some of the young ones have really stepped up as well.

“We took some kids with us to bulk up the group and help us do the sessions that we needed to do. I have to say young Jack Milne has really stood out and Mason Hancock deserves a mention. It has thrown a spanner in the works for the season to come which is a real positive from our point of view. 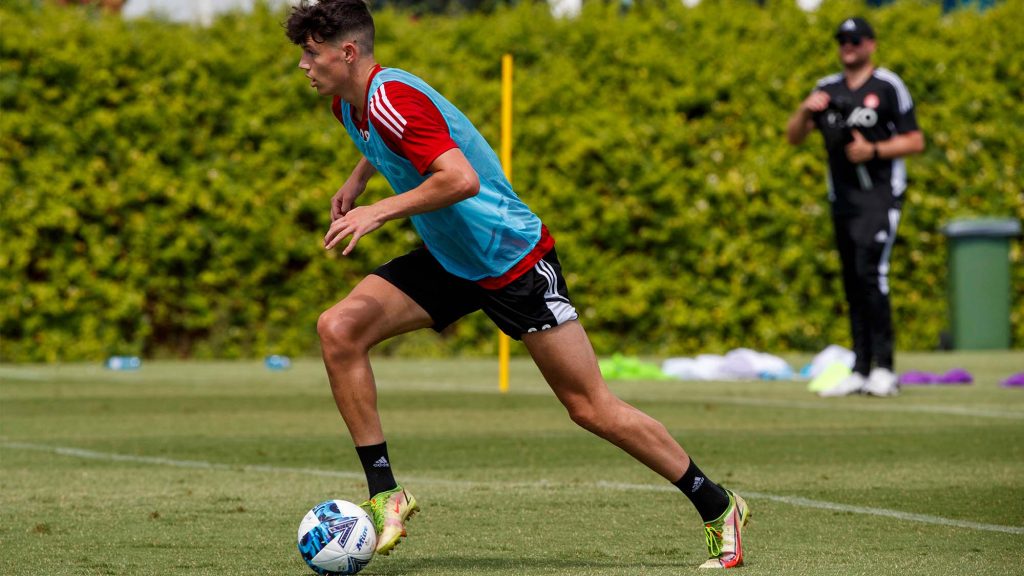 “I have not been in this situation very often in the past, having to apply for visas.

“Prior to this transfer window we have all been in the EU and it has been very straight forward. It has been very frustrating. We would love Bojan to be jumping on a plane with us tomorrow and be able to play in the friendly next week, but unfortunately he has to go back home. He will have a fitness programme with him to do to top him up and keep him fit but it is not the same as being on the park with the rest of the boys.

“Ylber Ramadani’s visa application has all been approved but him actually getting his hands on the visa and the passport has been an extremely lengthy process to be honest. We did not anticipate that taking this long either. Hopefully Bojan will not have such a long wait. We are confident we will get Ylber to Aberdeen next week and he will hopefully be able to play a part in the friendly on Wednesday.

“We know the type of player we are getting. He is a very fit boy anyway. He is similar to Ross McCrorie and he takes a lot of pride in himself and technically he is a very good player. We will get him to catch up quickly.

“When we arrive back in Aberdeen tomorrow the focus in then on the Brechin game and more importantly the Peterhead match in the cup. The boys are in a great place and we are all looking forward to the season starting.” 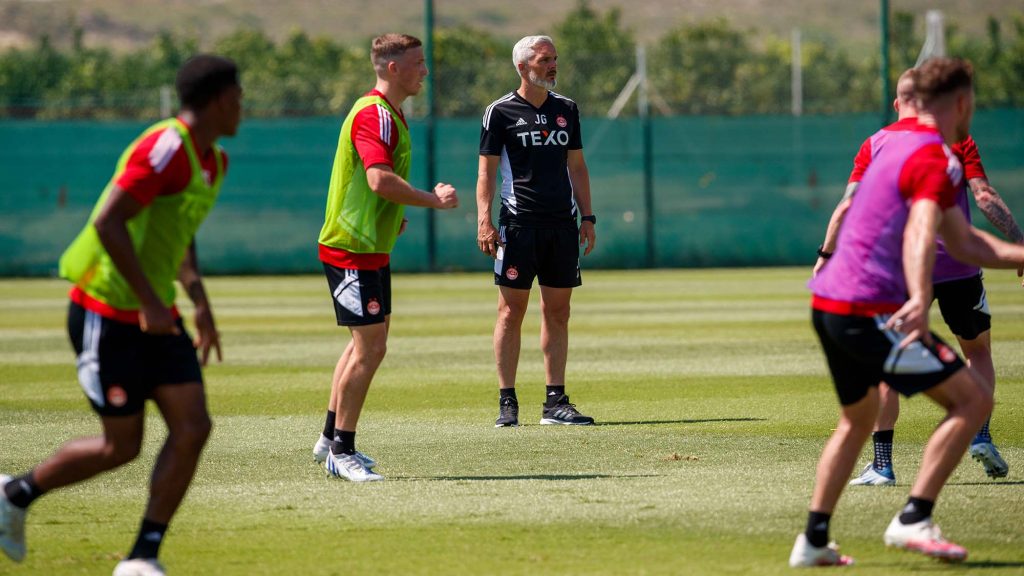