In a special RedTV feature, during the Dons recent visit to Sweden, Neil Simpson recalls that glorious night in Gothenburg. To watch please click on red button. 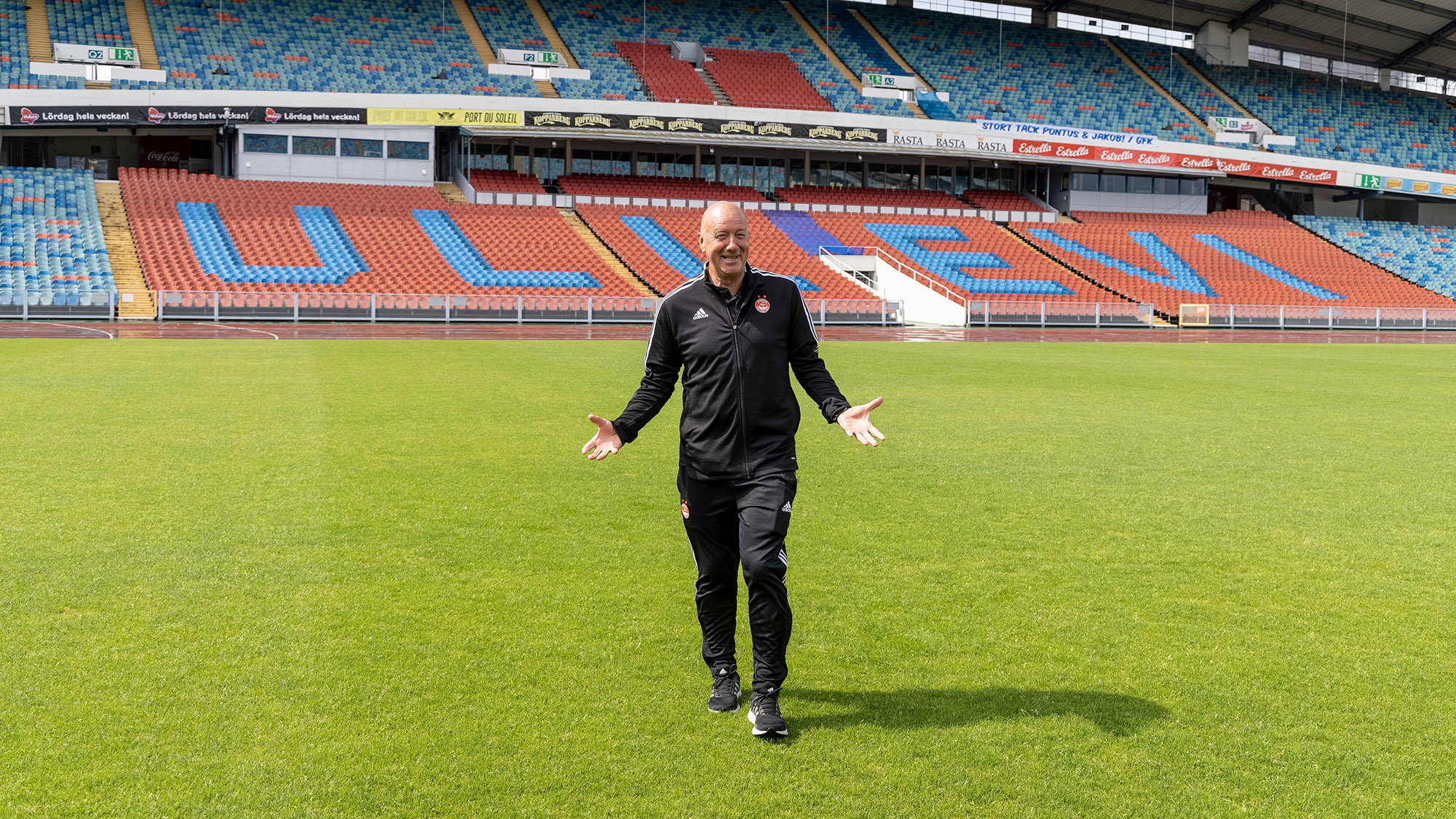 When the dons visited BK Häcken in the UEFA Conference league qualifiers last month, it meant playing within a late Mark McGhee cross – ok a bit further than that – of the Ullevi Stadium in Gothenburg, site of that incredible Cup Winners’ Cup win over Real Madrid back in 1983.

With our Pathways Manager Neil Simpson in the travelling party, we couldn’t miss the opportunity of taking this particular Gothenburg Great back to the scene of his greatest triumph some 38 years ago.

“It was quite emotional going back to the stadium, walking down towards the goal where John scored that winner and looking around the place after such a long time.

“Looking back, I just remember how confident we all felt as we walked out onto the pitch. We were in a final, playing Real Madrid, but honestly, it just felt like any other European game. That was the mentality Alex Ferguson instilled, he was a serial winner and he set just the highest standards for us. We were a determined bunch and then we had the advantage of scoring early to help settle us. 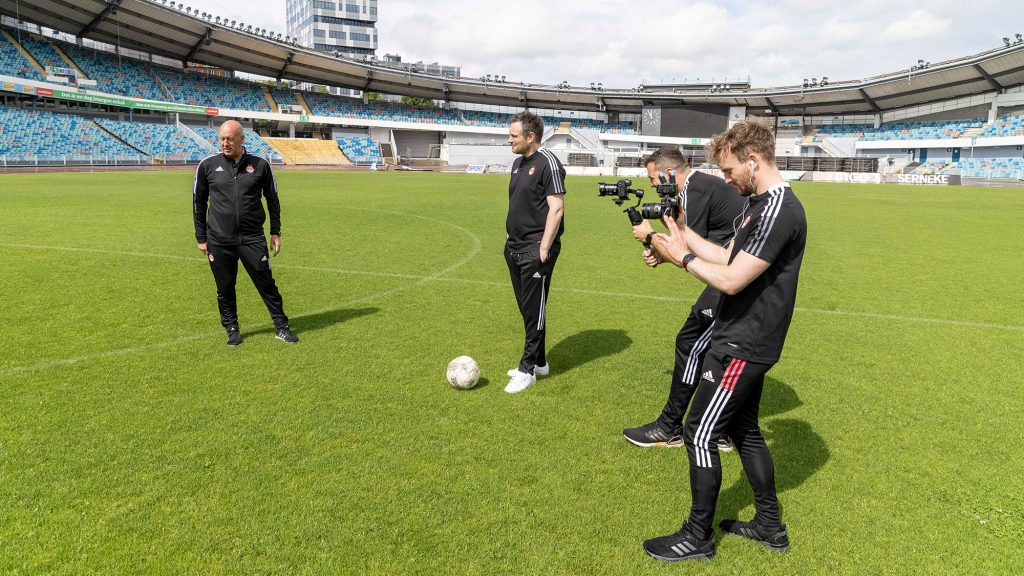 “You’re not going to have all the play in a cup final and they had their moments, but over the 90 minutes, and then the extra time as well, nobody could say we didn’t deserve to win the cup.

“As an Aberdeen fan, it was a privilege to play for the club, but to do it in a European final was very special. Then my pal and fellow Aberdonian John Hewitt got the winner, it was the kind of thing you dream of really.

“I nearly scored when we were 2-1 up – if only I’d turned my foot a centimetre the other way! I hit it from the right edge of the box and it was just past the post – so close!

“The scary moment was right at the end when they got a free-kick about 25 yards out. I was right at the end of the wall and, the way players do now, I jumped up to try and get in the way if he hit it over the wall. But he hit it low and it just went past the side of my foot. I had that split second thinking, “Oh no!” I could already feel the wrath of Fergie if it had gone in but fortunately, it whizzed past the post!

“Going back to Aberdeen was amazing. Turning into Union Street, I just couldn’t believe how many people were there. Seeing those thousands upon thousands of folk, I can still see it now!

“I don’t know if we appreciated at the time just what we’d done – and we had a game on the Saturday and the Scottish Cup final the following week! It’s only when you look back that you realise the magnitude of the achievement. I saw the UEFA rankings from February 1984 not long ago and Aberdeen were the top ranked team in Europe, ahead of all those giant clubs.

“I like to see what we did as an inspiration for the young boys coming through. We know the game has changed with TV money and the European situation isn’t the way it was, but all the same, it’s about these boys coming through and creating their own memories, doing things to get their pictures on the walls of the stadium.” 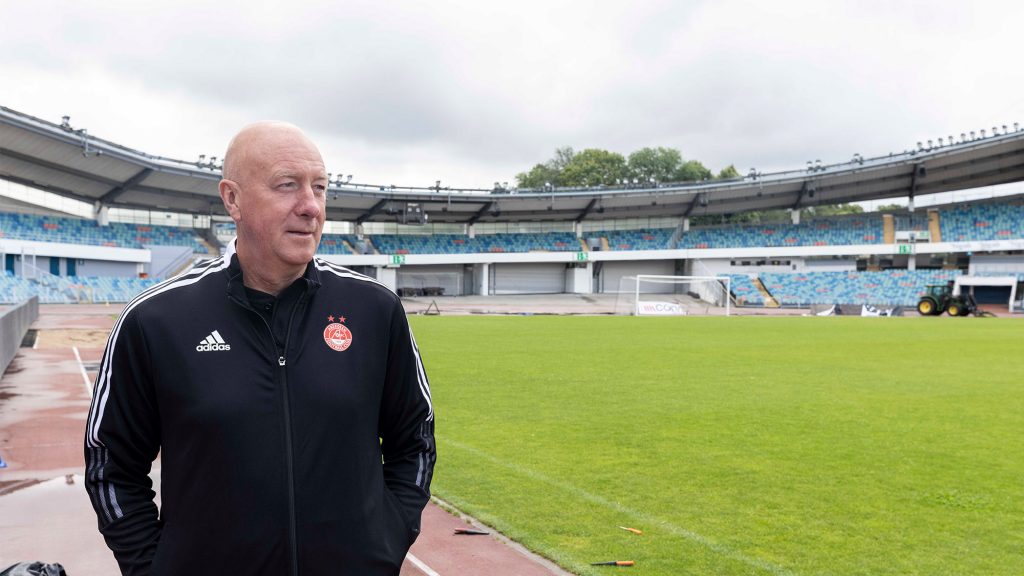