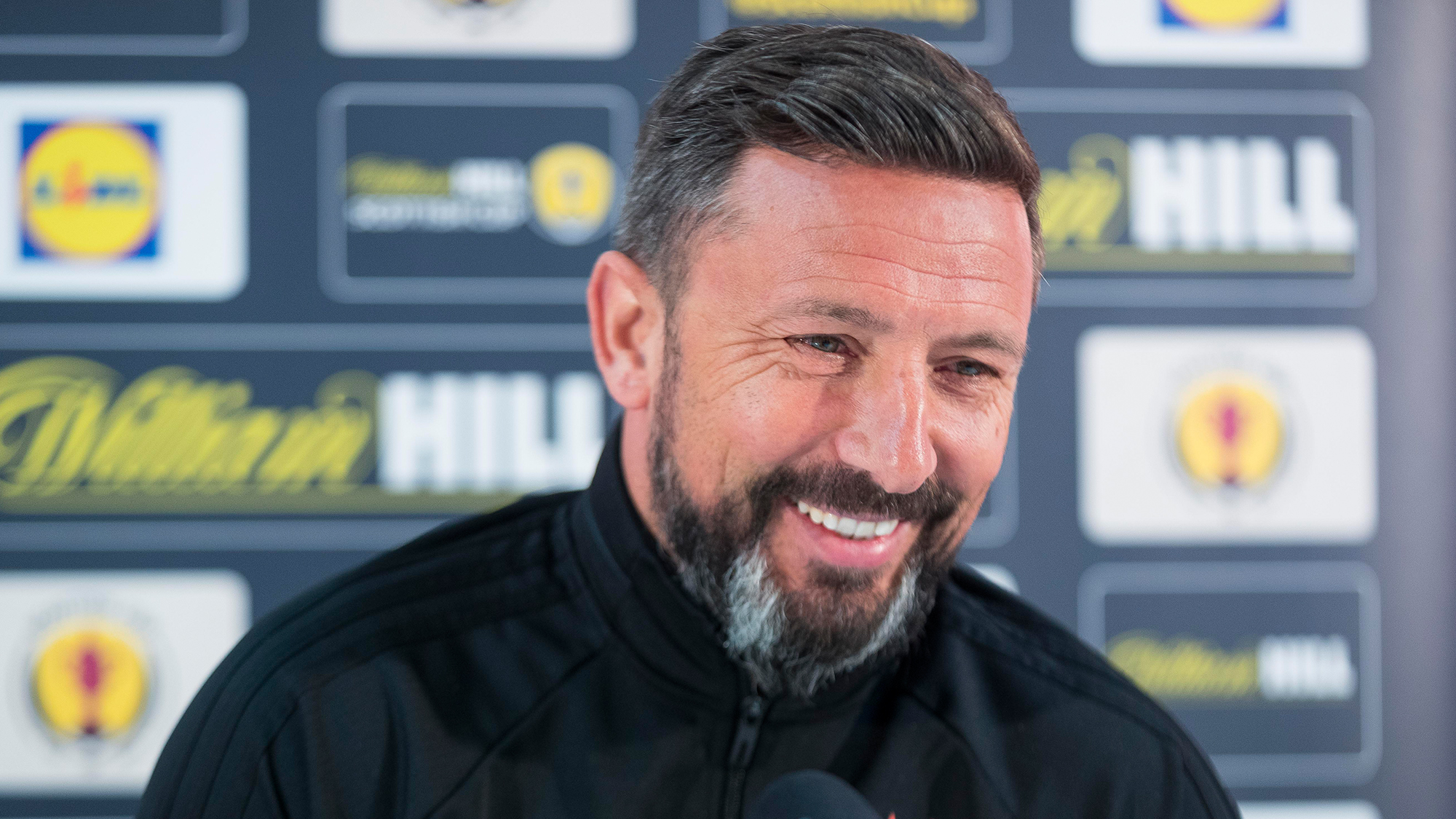 “The first part of the winter break was a rest and it gave us a chance to knock off from football. As the transfer window was open, it’s not really an opportunity for me to knock off, but physically and mentally for the players it was good to get away from the club for a bit. We all saw a benefit last year and there was absolutely no doubt we had a kick on in performances in the back end of last season. There was a freshness and I think the winter break had a big part to play in that so hopefully we can get something similar. The week away that we had in Dubai was really beneficial last year and we feel the same benefit this year and hopefully there’s results for them. We came back and showed a reenergised team, a freshness about our performances and a high level of performance. Hopefully we can have something similar.

“The priority in the friendly was to not pick up any injuries and it’s always your biggest fear. I know a lot of clubs weigh up that there’s three weeks between their games, so we just felt we needed and eleven a side, proper game. Although it was on a training ground, the game itself was competitive enough, probably too competitive, but looking back now it’s not such a bad thing we had that type of game. We played one game last year going into this cup tie and it helped us. Although the conditions were very warm, the fact that the players could get work and 45-60 minutes in them means it was a worthwhile exercise.”

“I’m looking forward to the game.

“St Mirren are a Premiership team in waiting for me and they’re doing very well in their own division. With that they’re a team that’s used to winning and there’s that added ingredient of confidence. Although their priority at the start of the campaign was to make sure they’re a Premiership team next season, I’m sure the Cup will give them real motivation to come up and do a job against us. I think they’re a good side. I’m from Paisley and I know a lot of St Mirren supporters and there’s a lot expected of them, so I know exactly how the supporters are feeling about the team at the moment. There’s a lot of good work been done in the last nine months or so. It’s a challenge, it’s a cup game so you expect challenges, but the fact we’re at home, I think St Mirren will be expecting a difficult game as well. It’s two good teams and our intention is to get through the game by playing well and hopefully we can do that.

“They’re a good side and have a lot of players that have played at a good level. They’ve got players that can again play at that level next season if they get promoted. They’ve got good energy about them, good attacking threats, good pace and they’ve also got a real togetherness as you see a lot of the time with teams at the top end of the table. St Mirren have waited a long time to get a team like they’ve got at the minute and get some sort of momentum back into their club, everybody is behind what Jack Ross and his team are doing at the minute.

“I’m well aware of how good a team they can be on their day, but I also take confidence in how good my team can be. We’re firm favourites for the game, I understand that, but we expect a tough game and I think the supporters will realise that as well. This is no means a formality, but we also feel if we can produce what we’re capable of then we’re hopeful that will be good enough to get ourselves into the next round.”

“We’ve already spoke to the players about the motivation. The players involved in that day last year know how gut-wrenching it was to miss out, but there was an attitude about the team, the club and the supporters that day that pleased me because it was a fantastic occasion and game. We put ourselves right in the mix to bring the trophy home. Last year we were up against a formidable Celtic team, who had everything going for them and were difficult to stop. We feel we can take some degree of comfort that we ourselves as a club had a real attitude that campaign and it’s something we want to experience again, which is to be 90 minutes away from bringing the trophy home. I think there will be loads of clubs believe that this is their year, but I think there will be only so many clubs disappointed if they don’t win the trophy and we’d be one of them, so the motivation is there.”

“Last week was a real benefit for Stevie and Niall with real concentrated and specific work. Although they never integrated too much with us in the full squad there was still good work done by those two lads with Adam Stokes in the physio side and Graham Kirk in the sports science. Both have been integrated back into training this week, so they’ll be in the squad tomorrow and hopefully both boys can play a part.”

“Chidi isn’t available for this weekend, but there’s a process which means it can be quite complicated, but we believe there won’t be an issue with that. It’s just down to timing and it’s too much of an ask to get all that paper work sorted. We’re doing all we can at our end to try and accelerate matters and hopefully he’s available for the next game on Wednesday night.

“We feel we got to know him as a player before he came and that’s why we wanted to bring him, but in the days he’s been with us he’s been everything we hoped he’d be. The difficulty we have is he’s not had much football since the back end of October. Although he’s been training we need to make sure he hits the ground running once this deal is done. We’re trying to get work into him, but he probably needs games and unfortunately, we can’t get them in just now.

“When we had the opportunity to bring Chidi and a player like Niall McGinn in, Chidi was one that we felt there was a place for in the team and McGinn was a player we just had to do for obvious reasons.”

“Like anything else, if something comes up that’s available and affordable to us that we think can help us with the aims for the season they we’ll certainly ask the question. I think it will be very unlikely for us to do anything in January because it is a difficult month to bring that level of player into your club. Most want to keep hold of their best players and unless there’s a fee involved then it is difficult. I can’t say (no) for definite, but I’m happy enough with the numbers we’ve got in the squad. We’ve allowed young Frank to join Morton on loan to try and get some experience and the benefit of that. There may well be one or two others go out on loan, but in terms of players coming in there’s nothing imminent.” 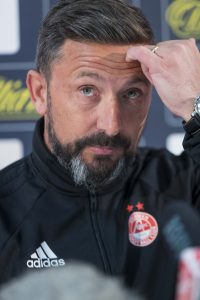 “I know it is the month of speculation and gossip in being linked with players and that’s something we need to manage as a club. We’re not looking to lose anybody in January other than one or two loans going out, especially the younger ones. We know where we are at the minute, but we know that can change.

“I believe that Scott (Wright) and a lot of young players can benefit from loan moves, but it’s not always the be all and end all. Scott’s been involved heavily with us this season and I still expect that to be the case. I feel there’s a role here for Scott and a challenge and I think that we’re not interested in losing our first team players when we see them involved as much as he is. Scott for me in an ideal world will be playing a big part for us in the second part of the campaign and he’s certainly good enough.”

“Scott will be an Aberdeen player at the end of the window.

“We feel that there will be a time when Scott will be sold because he is that good. In an ideal world he will have played 150 odd games for Aberdeen and be a full international for us before he moves on. I’ve got a lot of friends in the game down south and there are managers that are aware of Scott McKenna. Clubs do their work and they’re always aware of any emerging good young players, so I’m not surprised there’s interest from Hull and others. He’s our player, he’s on a four-year deal and he won’t be getting sold in this window. He’s one that has a big part to play this campaign and hopefully beyond.”

“There’s nothing official regarding Kenny McLean.

“We hear the same rumours and speculation, but until we get something official it’s not something I can really comment on. I want to keep good players and I’m enjoying working with the squad of players we’ve got. I think the Club has been elevated in the last few years and there’s something authentic about the team. Players become elevated and their profile goes up. We lost a lot of players in the summer and I’m not particularly wanting to lose too many again, but it’s always been the way. There’s a natural progression for certain players and we want to hold onto our players for as long as possible. We’ve got our objectives to achieve here and hopefully all the players mentioned have a big part to play for us during the rest of the campaign.”

“I spoke to Hamilton and Martin Canning last month with our intention being to speak to Mikey Devlin and it went no further than that at the minute so that’s all I can say on that side of it.”