Scottish Cup Rd4 | Gary “The best goal I have scored” 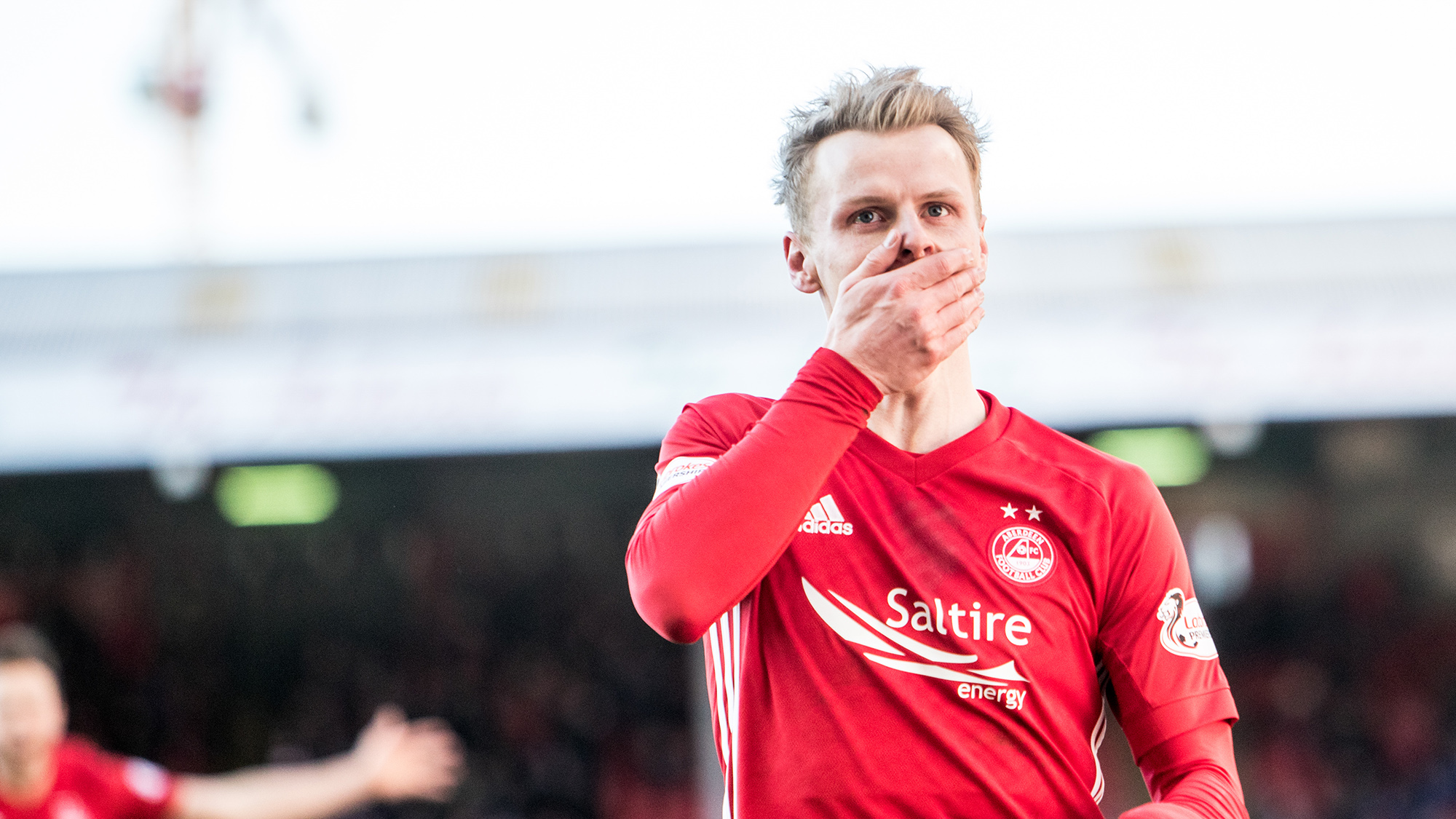 “I was inching to get back onto the field after the winter break.

“The break I think is very beneficial for Scottish football but we were desperate to get back into the action. Collectively we did well to win the game and I was pleased with my own performance.

“It was certainly the best goal that I’ve scored.

“I got in front of my marker and just hit it.

“When it left my foot, I knew it had a chance and it’s just nestled in the top corner, which was a great feeling.

“I think it was an important goal because at 3-1 they were still in the game. My goal made it hard for St Mirren to comeback. I was happy to help the team.

“St Mirren are a really good side and have been going really well this season. They have a lot of good young prospects. It was always going to be a difficult game, but we were at it from the start and stamped our authority on the proceedings.

“It was a pleasing performance from the team. Today was good for the confidence.

“It was great result. At half time we were a little bit frustrated with just being a little bit sloppy, but we always knew the chances would come and its good confidence to take into the next few games.

“The Scottish Cup is a really important competition for us and one we want to do really well in.

“It would be a great tie to draw a Highland League side (Brora Rangers) and that’s what the Scottish Cup’s all about. It doesn’t happen too often.

“There is obviously a lot of talent in that area (with myself and Ryan doing well) but it is quite far away and it can make it difficult for players up there to catch the eye. There is certainly talent and it is good (personally) to fly the flag for that area.

“But whoever we get drawn against tomorrow, we’ll go ahead with confidence and looking forward to the game.

“The manager has strengthened again which is very pleasing and it’s good to be part of a squad that’s so strong. Going forward we’ll need every player to play their part. You need to be on your toes as training is such a high standard so it’s a good time to be part of the team.

“As a player you want the strongest possible squad to give yourself the best chance throughout the year to do well.
“You just need to perform whenever the manager gives you the nod. Niall coming back is great all round for the club. it is only going to strengthen our team. Competition for places is what you want.

“He was a great player here before and he’s only been back for a few training sessions getting up to speed, but you can see what a quality player he is. It’s nice for him to be here and help us going forward.

“We got a few days off in the new year and it was good to switch off from football. But then we had a training camp and it was hard work. We did a lot of fitness work to get the sharpness back in our legs. The focus was always on this first game. We wanted to come out today and prove we are only going to get stronger as the season goes on. We wanted to kick start the year and put down a marker. Hopefully we will have a really successful second half to the season.

“We now have some big games coming up and two midweek fixtures. The focus now turns to Rangers. It is a massive game. We maybe did not play as well as we would have liked the last few times we have played them so we want to put that right on Wednesday.”