Scott “The Squad is Fantastic” 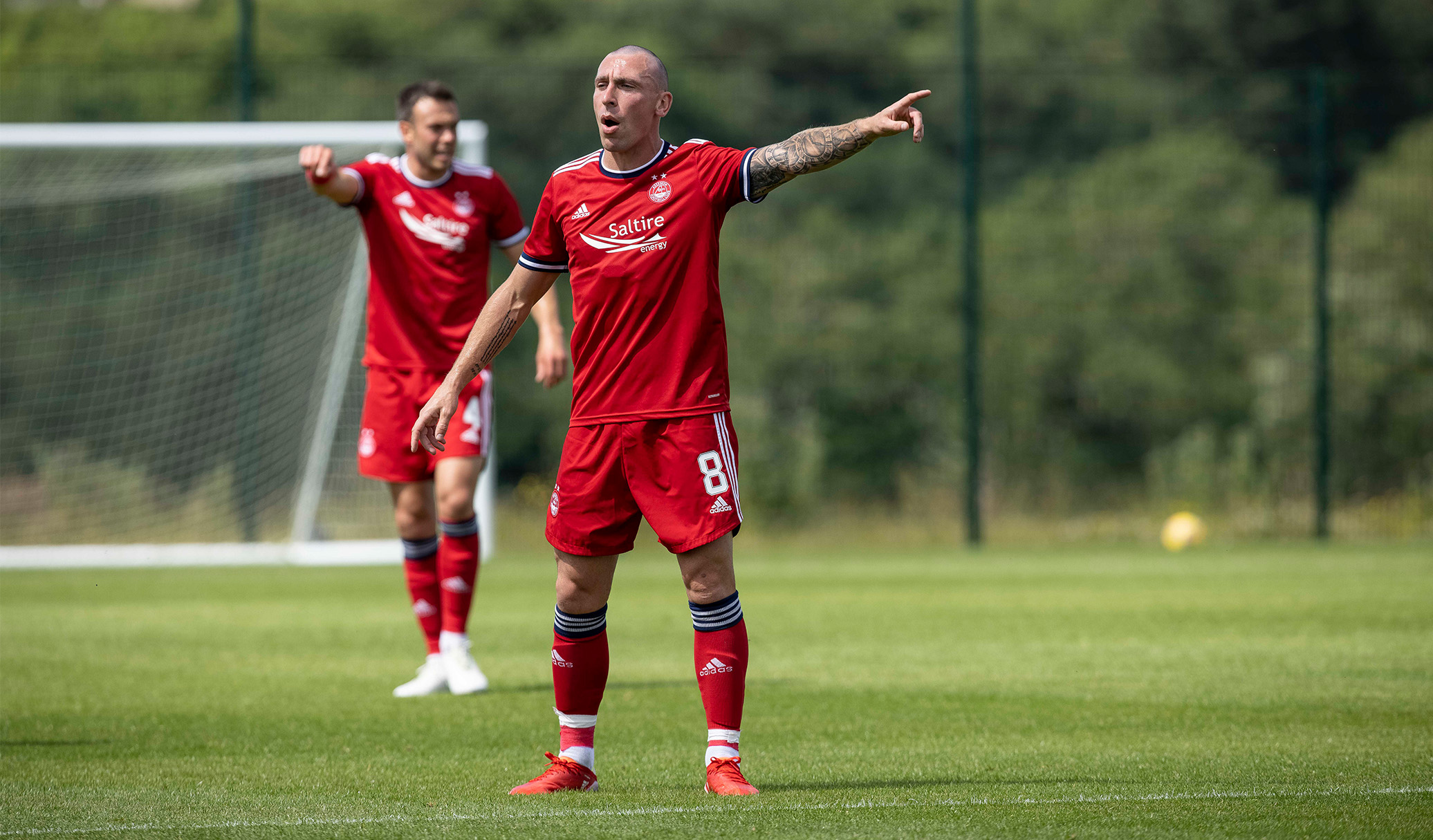 “It was what we were after, trying to get 90 minutes into as many players legs as possible. It was good to get out there and work hard, especially in that heat as it is something we are not used to! The Scottish lads anyway.

“It was a good performance. It was a hard game, but we dictated the play and had the best chances.

“It was a big game for us with the European tie just around the corner. There is no such thing as a friendly. You want to win every single game. You want to win your tackles. You want to dictate the play. That is what we tried to do today. There were a few strong tackles but the game was played in the right spirit.

“Now it is all about preparations for Thursday. 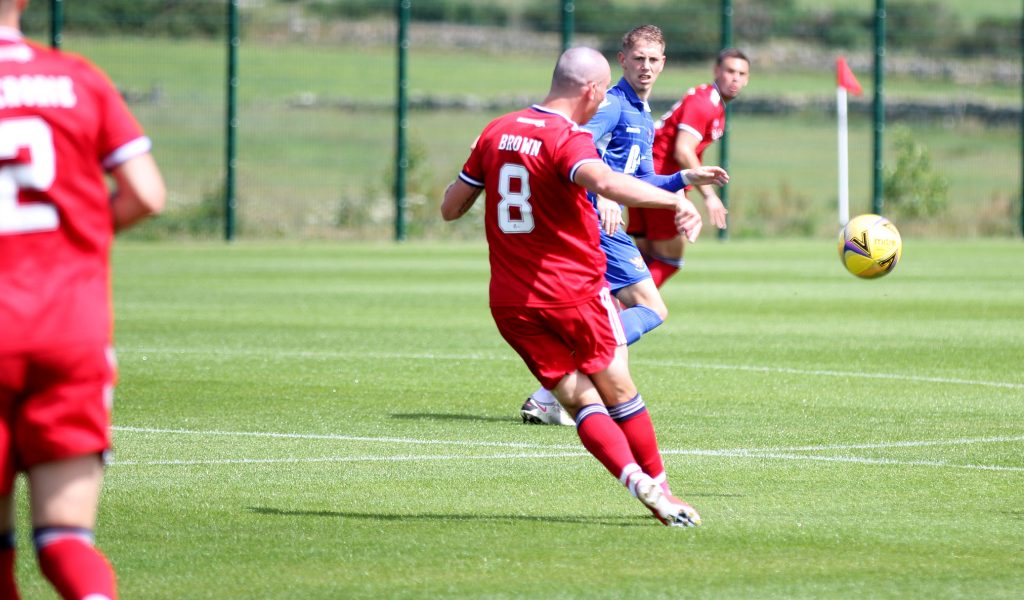 “I was pleased to get 90 minutes into my legs. It was a delight to play alongside Lewis and Ryan, because they have got a lot of ability. They like to see the run forward and we were a bit unlucky with a couple of chances that we created.

“It was good to see so many of the new boys coming into the team and doing well and playing with confidence.

“The squad is fantastic. The lads have been brilliant since I came in. They are all very tight. They all want to be part of a team. There is a real togetherness and that is what you want.

“It was hard one with the Reading game being off because we wanted to play two different teams to get 90 minutes into everyone’s legs. But we think Hacken are going to play defensively and try counter us, similar to the way St Johnstone play with the low block. They are very effective at it and Callum has got them playing really well and defending really well so it was a very useful exercise.

“All we have been talking about all week is getting the fans back in and having some noise when you are playing games.

“It will be completely different. It has been a year, year and a half without fans.

“We don’t want to just hear our own voices with players shouting ‘man on’, or ‘you have got time on the ball’. It will be great to get that passion back and that fighting spirit will help drive us on.

“For myself it will be good to play at Pittodrie with an Aberdeen strip on. To have that opportunity to play in front of the Aberdeen fans is something we are all relishing. 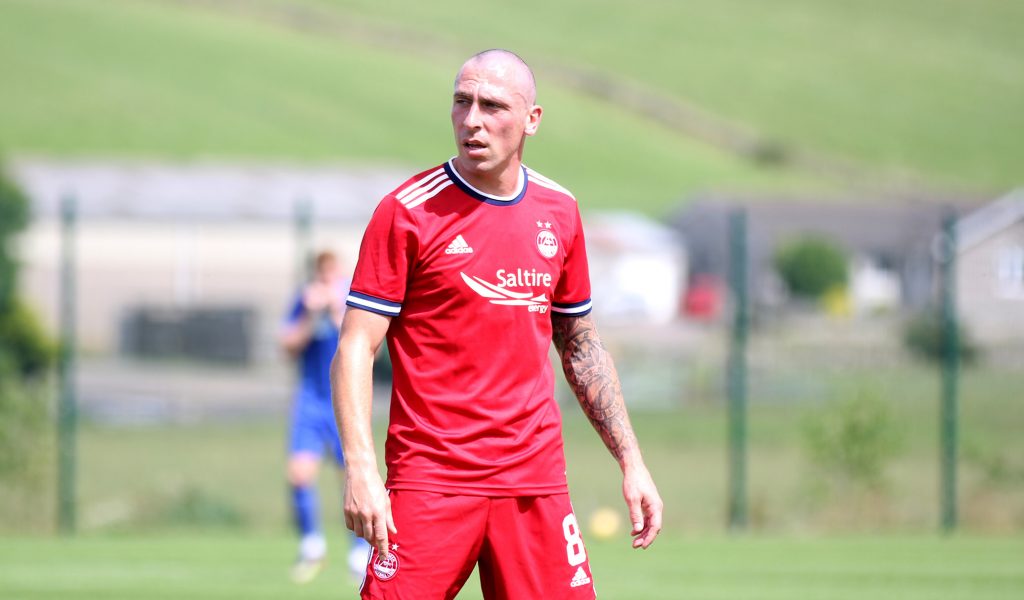 “It has been a good insight this first month, I have really enjoyed it and I am learning.

“I have not had too much time to coach because I am going to try and play as much as I possibly can and try and keep my fitness levels up. So I don’t want to dive into it too quickly but all the lads know that I am there for them. And I am there for the backroom staff as well.

“When I am out on the pitch it is still the same. I still talk, I shout, I try to press the game as much as possible and try and get on the ball. It is my job to try and control the midfield. We have some good players in there. Today we had Funso and Fergie and also Teddy had some great through ball when he came on.

“The manager has some decision to make when naming his team next week but that is what he gets paid for! No seriously it is good that there are options. Everyone has been working extremely hard and everyone is focussed on winning as many games as possible and having that winning mentality throughout the whole club. The manager is trying to bring that drive and enthusiasm and take it from training into games.” 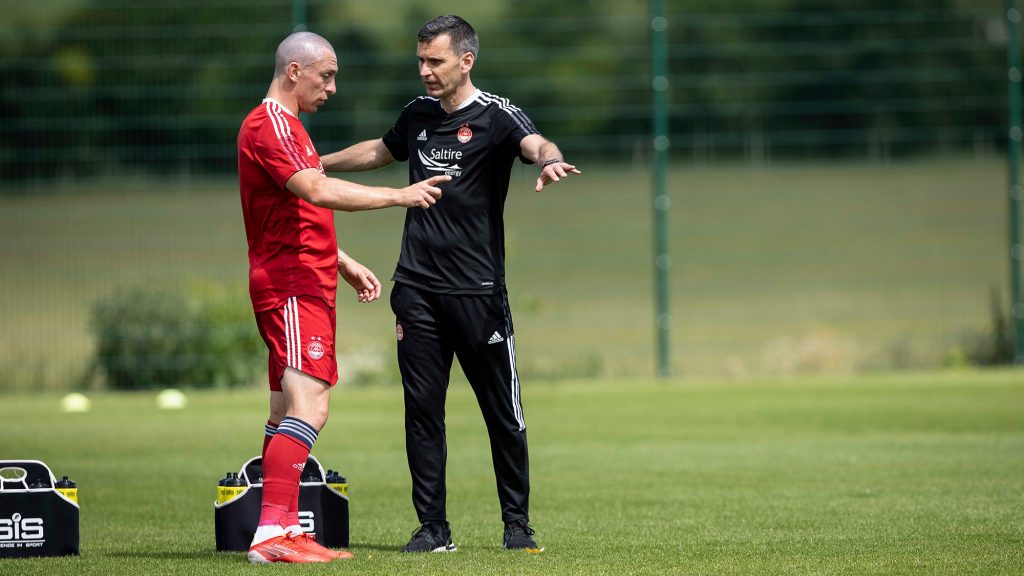