“Today the manager gave me a chance and it was all about taking it. 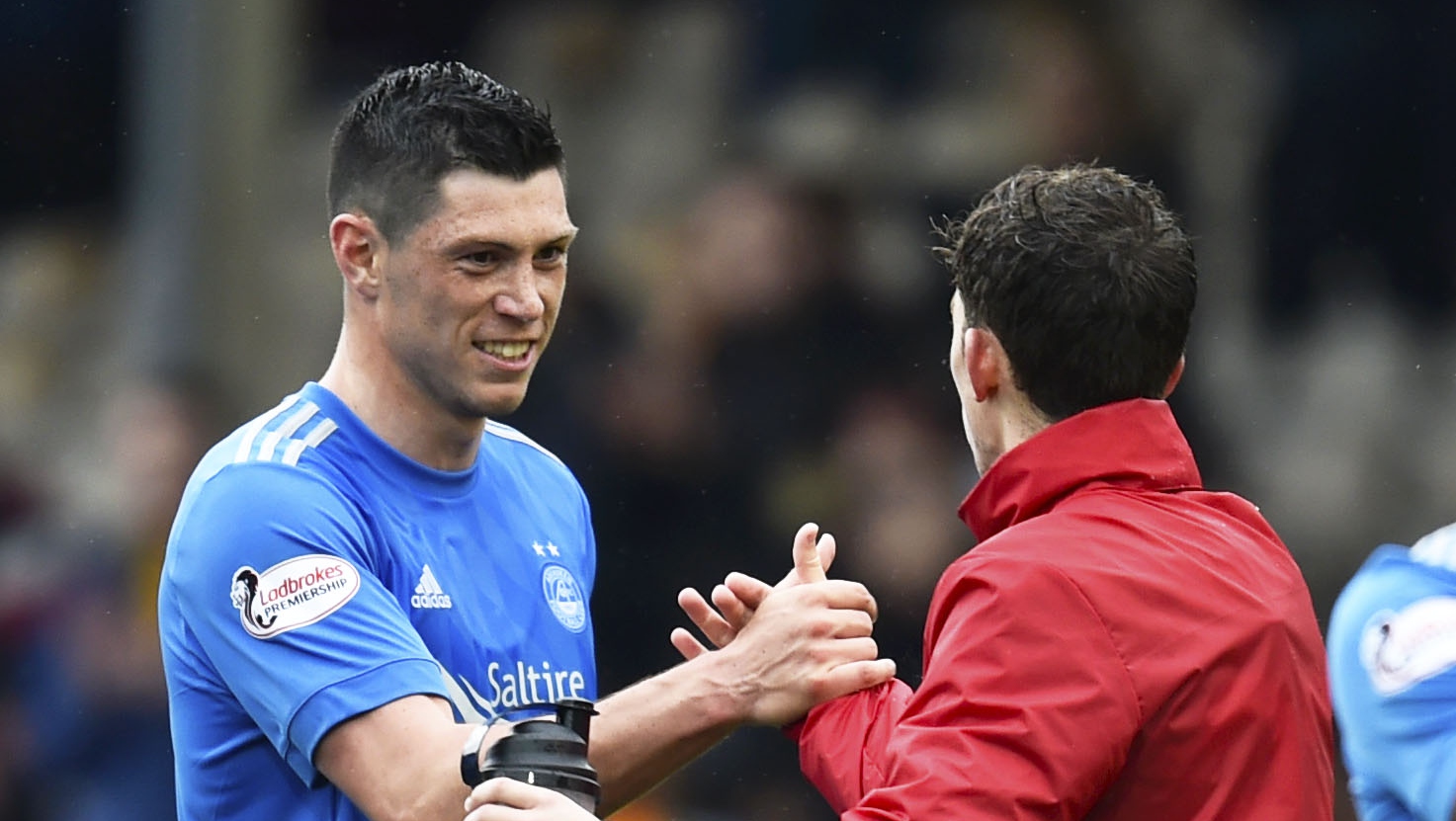 “It wasn’t pretty but we got the three points.

“I only found out I was playing about an hour and a half before kick-off. We had a team meeting before getting the bus to the stadium. The team got named then. I did not really have time to get nervous! But I would not have been too nervous anyway. More excitement than anything else. I have waited a long time for my chance so was ready to show everyone what I can do.

“The instructions from the manager were just to go and win first balls and get some distance on my headers. Get distance and height on any clearances and go out and enjoy it.

“I was just focused on going out and winning an early header. Once I did that I settled into the game.

“It was about being aggressive and not letting Motherwell have it all their own way. We knew exactly what they were going to do and we dealt with it a lot better than we did the other night.

“It was a battle out there and not much pretty football played but that side of the game is probably my strongest. I thought everyone over the park battled well today and won second balls. Everyone worked hard and made runs for each other. That made a big difference and we got the result.

“Motherwell threw everything at us late on and it did not help that I had cramp as well! We were a bit deeper than we probably should have been but dealt with it and dealt with the pressure. It was very pleasing to hold on and get the clean sheet. “Even just training everyday alongside Kari you learn a lot from him. He is always talking to me and encouraging me. He is older than I am and has played a lot of games. He has a lot of experience. I am just trying to learn as much as I can from him. It is great having someone like him at the club.

“The manager has just said to me to be patient. He said I would get a chance and he gave me it today. I think I did quite well and hopefully repaid the faith he showed in me. He has always given me a lot of support.

“It was nice to hear that Willie Miller on the radio was saying nice things about me. It gives you confidence when someone who played in my position and someone who was so good says that. I worked with Willie a bit when he was at the club. He would help out with the U15s and U17s.

“The manager will pick the team that he thinks is right to win the next game. If he wants me to play I will be ready for it.

“We did not want to lose any more distance on Celtic. We did not want them running away with it this early, we want to stay as close as we can, as long as we can. But today was just all about getting a win so we could put Thursday behind us. We now move onto the St Johnstone game.

“The win was massive on the back of Thursday night’s result. It was nice to repay the fans who went up the road disappointed during the week. It was good to send them up the road happier.

“It has been a difficult spell for me over the past year or so. My loan spell at Ayr was tough but an important experience. I have come back this season and felt I have done quite well in the Development League games and getting a call up to the U21 squad gave me a lot of confidence.

“It was good to get an opportunity to do my bit for the team and great to get a result in the end.”