Scott spoke to RedTV and told us about THAT goal! 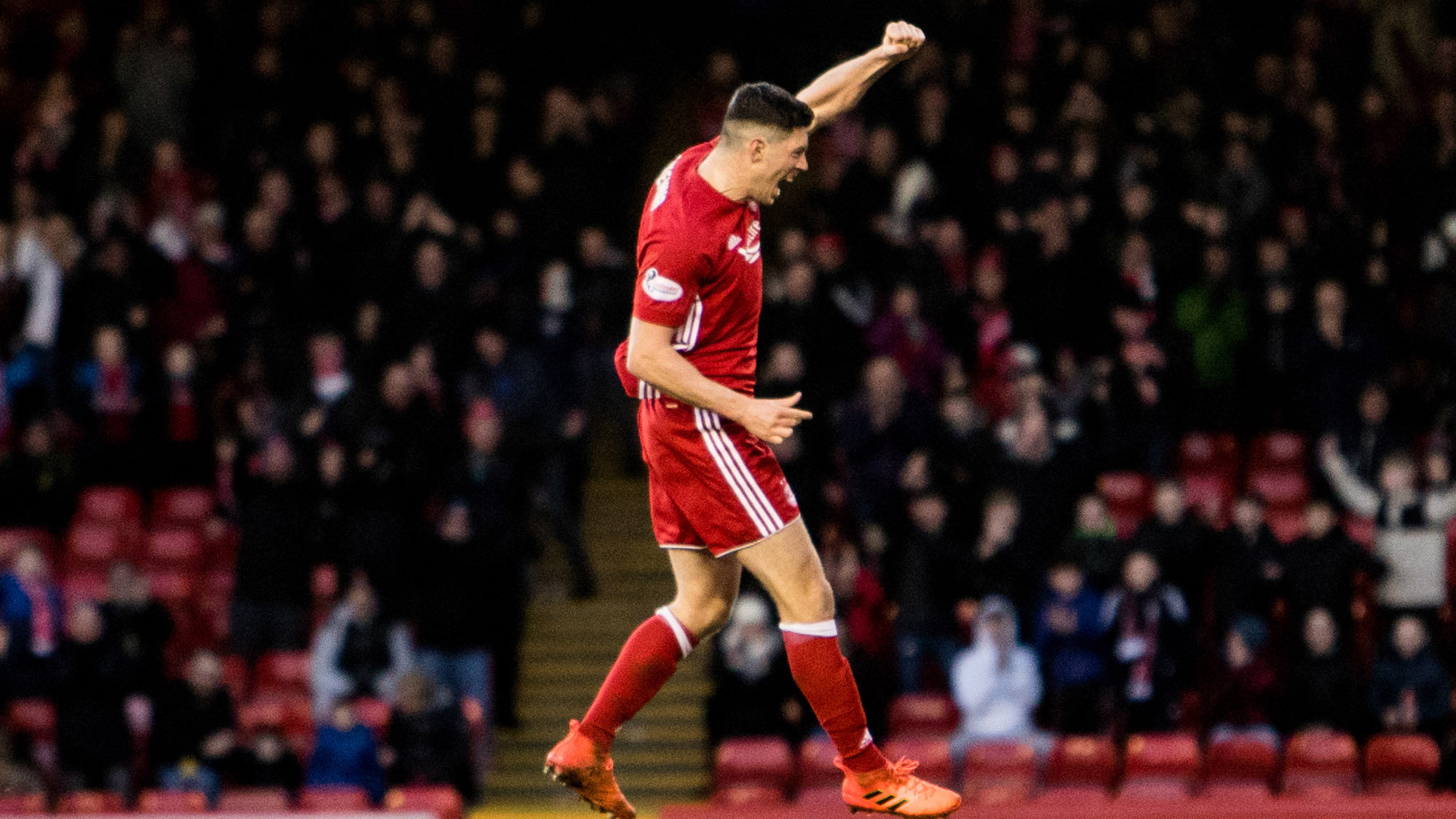 “I actually thought we started the game quite well and forced a couple of corners. But then we came off it and let them into the game. Their goal should have been avoided, we should have cleared it.

“The rest of the half we were terrible. We were trying to play the ball across the back when the pitch would not allow it.

“The gaffer told us at half time what he wanted us to do and I think we executed that perfectly.

“The first one was in.

“It was clearly over the line!

“The second one I had space in front of me and I could hear Kris Boyd screaming at me to shoot so I thought I’d do just that.

(Joe Lewis said on the RedTV commentary Scott had never done that before) “Ask Joe Lewis about the one I put past him in the top corner in training last year.

“It’s the best goal I’ve scored, and I think it’ll be hard to beat as well. Gary’s one (last weekend) was right in the top corner, so I just hit it as hard as I could.

“Niall’s goal was not bad either. You could see the confidence in Niall and a lot of boys running through would have passed it, but he kept going and took the pressure right off us and it was a lot easier to see the game out.

“It was disappointing in midweek and we knew we had to bounce back today and rack up as many wins as we can.

“Mikey Devlin is injured just now, but he’ll be a great addition. We’ve been impressed with him when we’ve played Hamilton in the past so he’ll be a good signing for us.”

To watch the full interview click on the red button