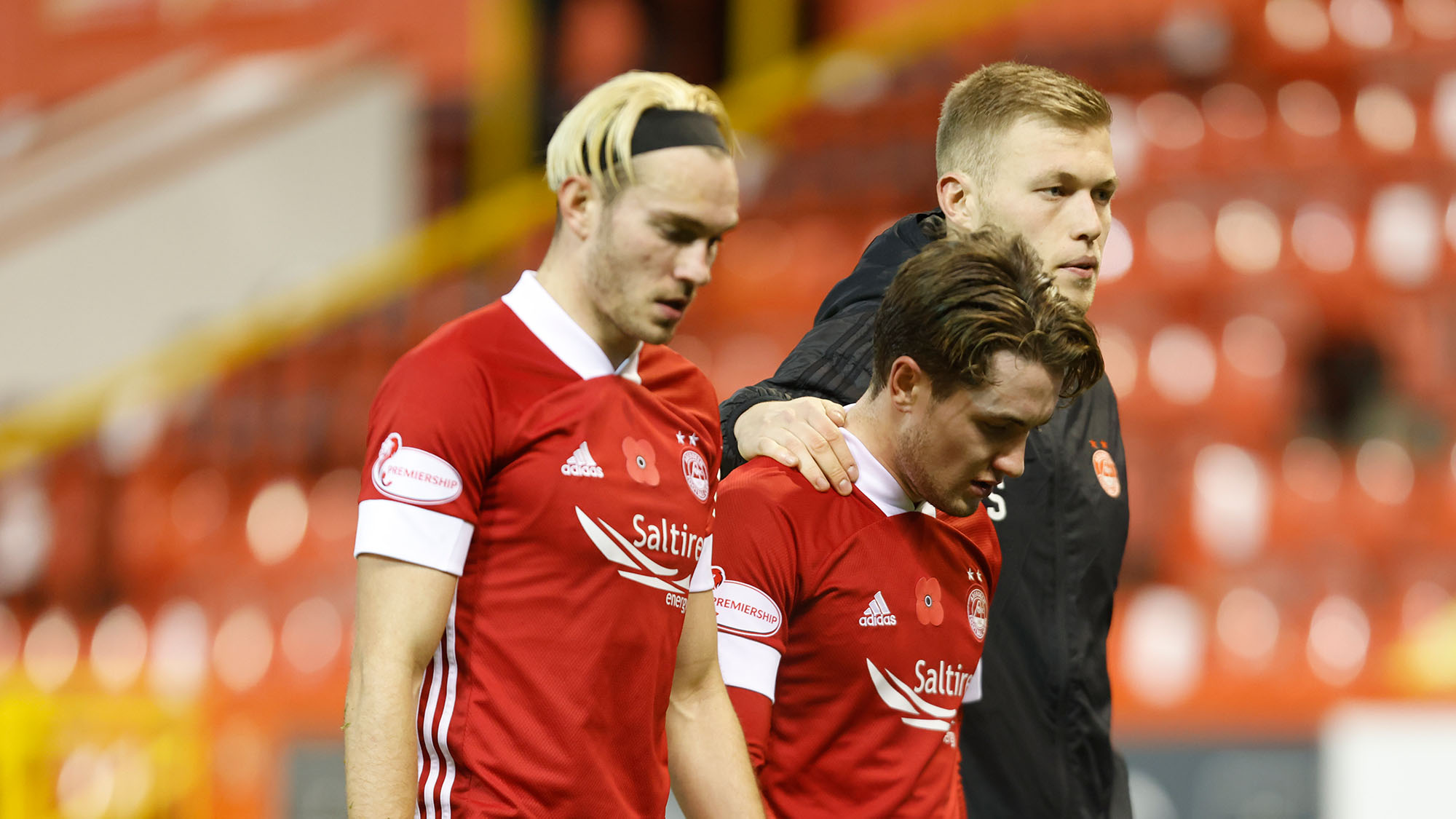 “The goal has been a long time coming.

“It has been a feeling that I have missed, it is a feeling I have been waiting for over six months now.

“When I came on against Celtic a couple of weeks ago it was the first time I had played any competitive football in a long time. The next stage after that was being on a football pitch and winning and scoring as well. I have certainly ticked those two boxes tonight!

“Looking back on my goal it was a bit of an unorthodox finish. It was one you would maybe go with your left or you open up and hit it with the outside of the right foot and curl it. I had probably taken a heavy touch that had forced me to go out wide a wee bit.

“It will give me a lot of confidence going forward. I had a couple of chances against Celtic at Pittodrie and at Hampden that I didn’t manage to put away.

“To be back among the goals after so long out is really pleasing so I am very happy with that.”

“I feel that if we get off to a good start this season and if we are able to get an early goal then it really settles us down as a team. You have to give credit to the back five, if we go a goal ahead, we can hopefully keep a clean sheet more often than not and I thought that they were fantastic at the back.

“Hedges has added his pressing off the ball to his game and it has taken him to the next level. It is fantastic for us to win the ball so high up the pitch and if we can win it high up the pitch we are closer to the oppositions goal and it allows us to capitalise as we did for my opening goal.

“I have been wanting to add more goals to my games, I have been getting into the positions, but I haven’t been taking the chances which I have been frustrated with myself.”