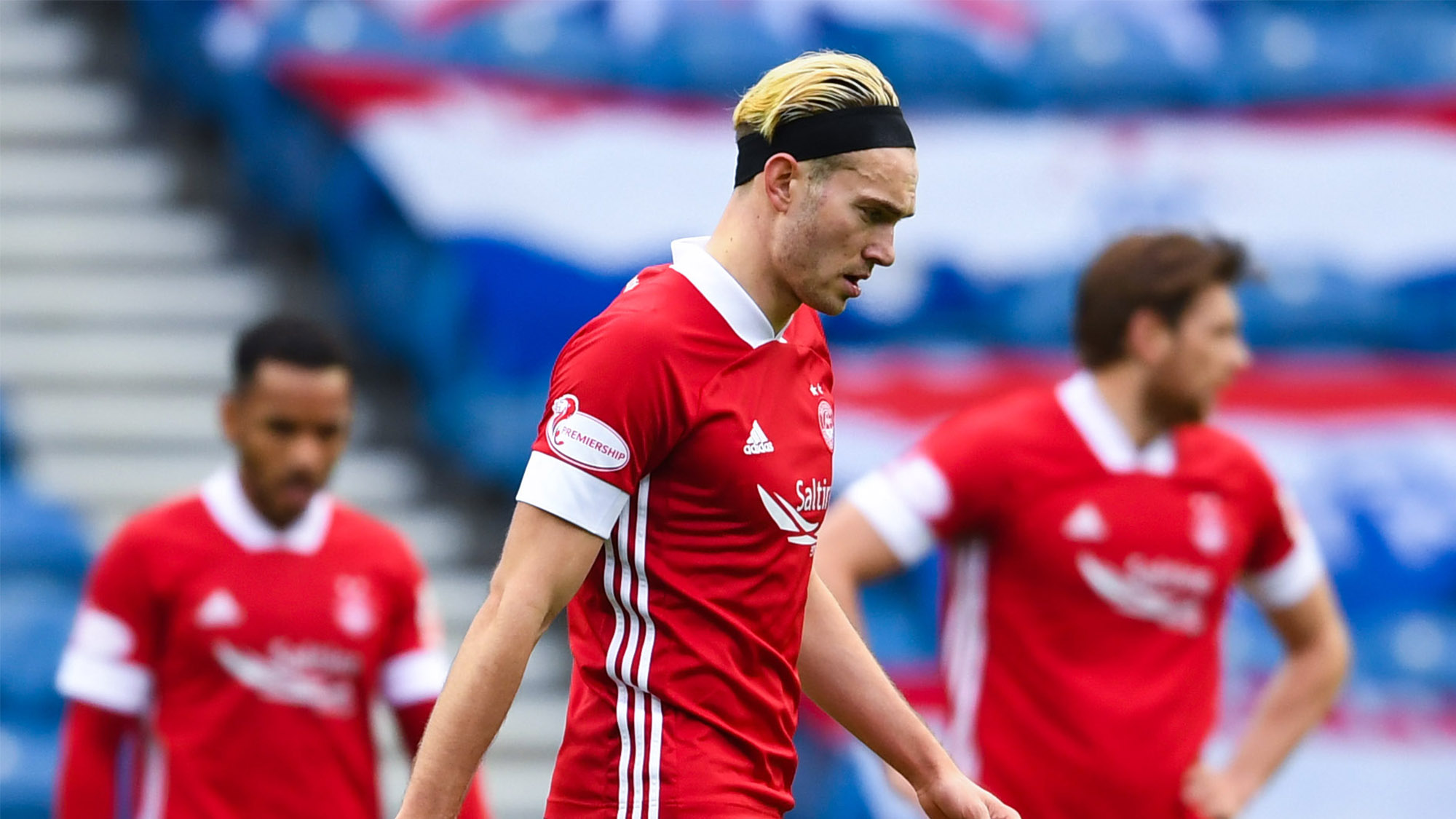 “It was a disappointing result but there are a few positives we can take from the game.

“I thought that in spells we were the better team, their second goal comes probably against the run of play. But we can’t start the second half the way we did against a good team and expect to get anything out of it.

“It wasn’t great preparation having players missing but it was a good opportunity for other players to step in and show what they can do.

“Today we didn’t give the greatest account of ourselves, we know that, and we know that we can do so much better. These are the types of games that we want to be playing in and getting points, but we didn’t do that.

“We spoke to Lewis, Connor and Ross on Facetime on the bus down yesterday, it is very disappointing for them, but it is out of Aberdeen’s control and at the moment.

“We have just got to overcome it and keep moving forward.

“Having a quick turnaround is the best thing for it. We have things we can improve on and we will look to put that right on Wednesday.

“One result doesn’t make you a good or a bad team, we have done pretty well, and we have been putting in some good performances.

“We are all a team here and we are all fighting for the same cause and heading in the right direction.

“Hopefully that will be evident in the next couple of weeks.”