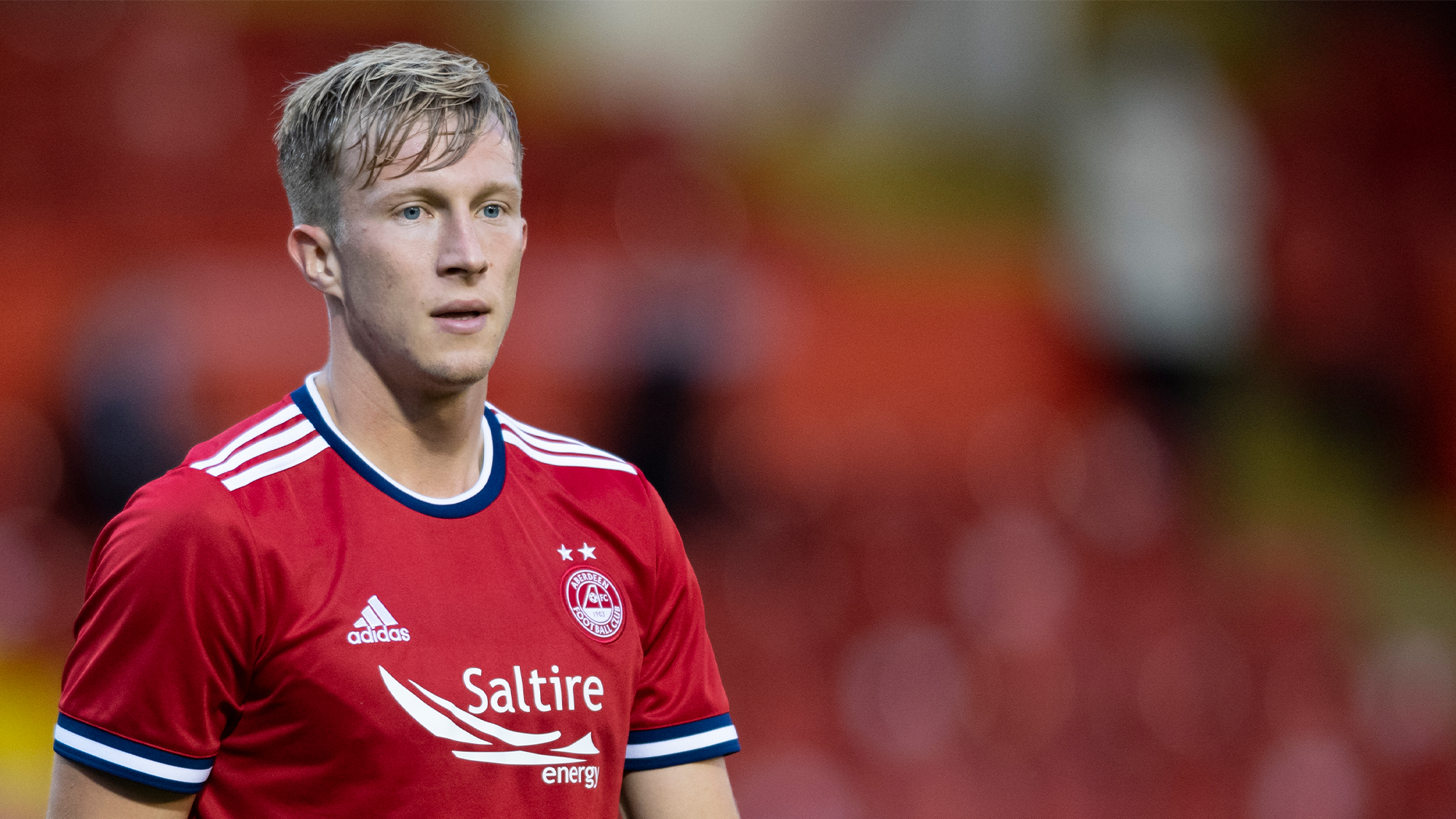 Ross McCrorie sat down with the media on Tuesday morning at Cormack Park to preview Thursday’s game in Sweden.

To watch the press conference in full on RedTV, please click on the red button.

“It was a terrific start to the season last week, I thought all of the boys were outstanding. We have got another job to do on Thursday. It is going to be another difficult game; we have got a lot of respect for the opponent. We could see that they have got quality in their side, and we need to be wary of that. We will go out with our game plan and execute it as best as we can.

“There was a lot of good play from us last Thursday. I was happy for all of the boys and the coaching staff because we have all put a lot of hard work in throughout preseason.

“The round has not finished yet, we still have the second leg to go and hopefully we can put it to bed.

“On Thursday we had just under 6,000 inside Pittodrie but it felt like a lot more than that. The atmosphere was great. You have got to take your hat off to the fans. Even the backing that we got last season through social media was great when fans couldn’t get to the games and now it is great to have them back. I am really happy that things are starting to go back to normal now and hopefully we can get back to full stadiums as soon as possible. 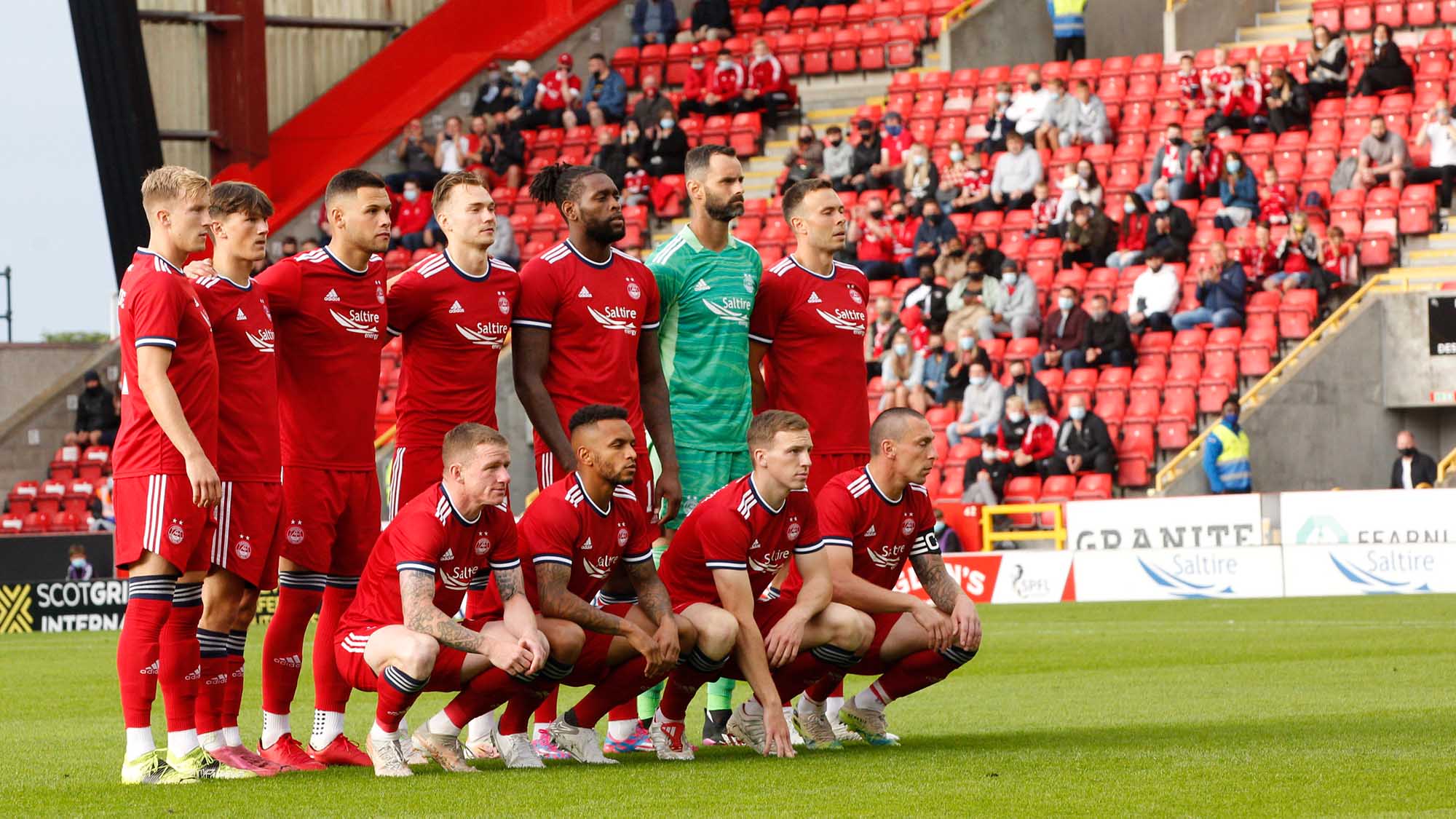 “The new faces that we have brought in have hit the ground running. We have got Christian and JET up top, and they give you that base to hold it up. I think at times we missed that last season. All of the new boys have come in and gelled and are part of the group.

“We have a big signing as well in Scott Brown, I think he has been terrific since he came in with his experience and his know how of the game. He has won plenty of trophies in his career as well, I am sure he will pass on his past experiences to help the team in the future.

“Scott Brown is a leader. You saw that when he was at Celtic, he won trophy after trophy and hopefully he can bring that winning mentality to us as well. He has been terrific since he has come in. He is always chirpy around the building. On the training pitch he is always helping out the younger players and he is trying to pass down his experiences to the team.

“I have played centre back quite a lot. I am very familiar with the position; I came up through the youth ranks as a centre back. I think it is a credit to myself that I have that versatility in me as well. I enjoy playing next to Andy. We have a lot of competition in there. It is all good for the squad. I have enjoyed it, but we have another big game again on Thursday.

“We have worked really hard throughout pre-season and worked hard in the final third in the different combination plays and you could see that the other night, the goals we scored were great. We got plenty of goals and it was something that we lacked last season. We are hoping to change that this season and get a lot more goals. 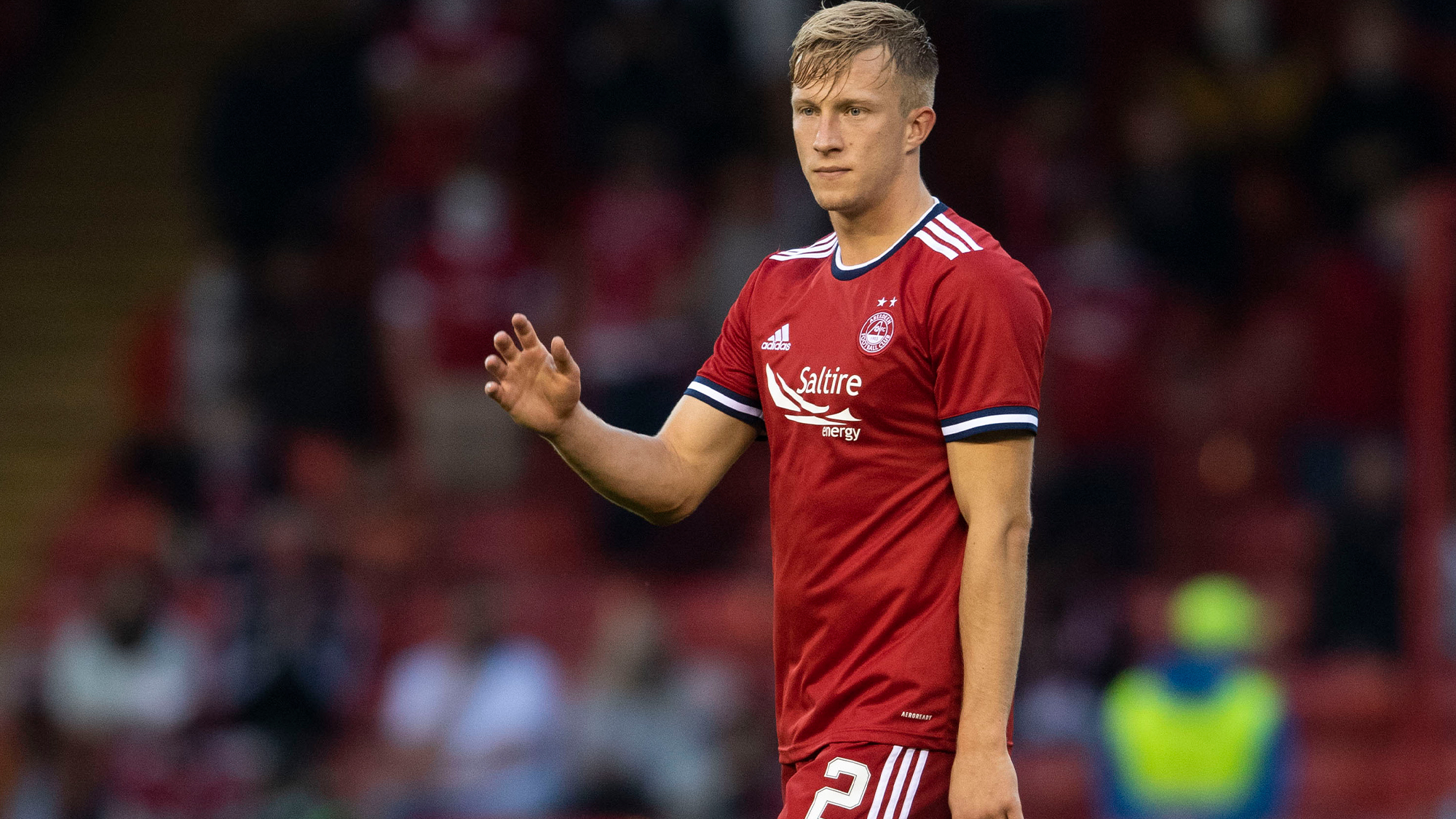 “They are going to come out all guns blazing because they need to get back into the game. We were disappointed to lose a goal in the last game. We have a lot of respect for the opponent because they are a good side. They wouldn’t be in the European qualifiers if they were not a good team. We know the quality they have and the players that they have who can hurt us. We will be on our toes on Thursday, and we know what the opposition can bring to us.

“We have got out aims for the season in the building, but we keep that behind closed doors. We want to be as successful as we can. As long as we take our focus into each game and not get too carried away, I think we will be okay. We hope it will be a successful season.

“Our main aim is Thursday and trying to get into the next round. We will take our focus onto Dundee Utd after that, and they will be a difficult opponent. We want to get off to the best possible start in the season.

“I have spoken to Neil Simpson about going to Gothenburg, I think he is buzzing about going back over there! It will be a good experience to go over there and to see what their facilities are like. I am really looking forward to the game and I am hoping we can be successful and get through into the next round.

“When I signed for Aberdeen, I already knew about the history of the club and the aims to win trophies. That is why I came up here because I want to try and win trophies for the club. We want to make the club as successful as we can be.” 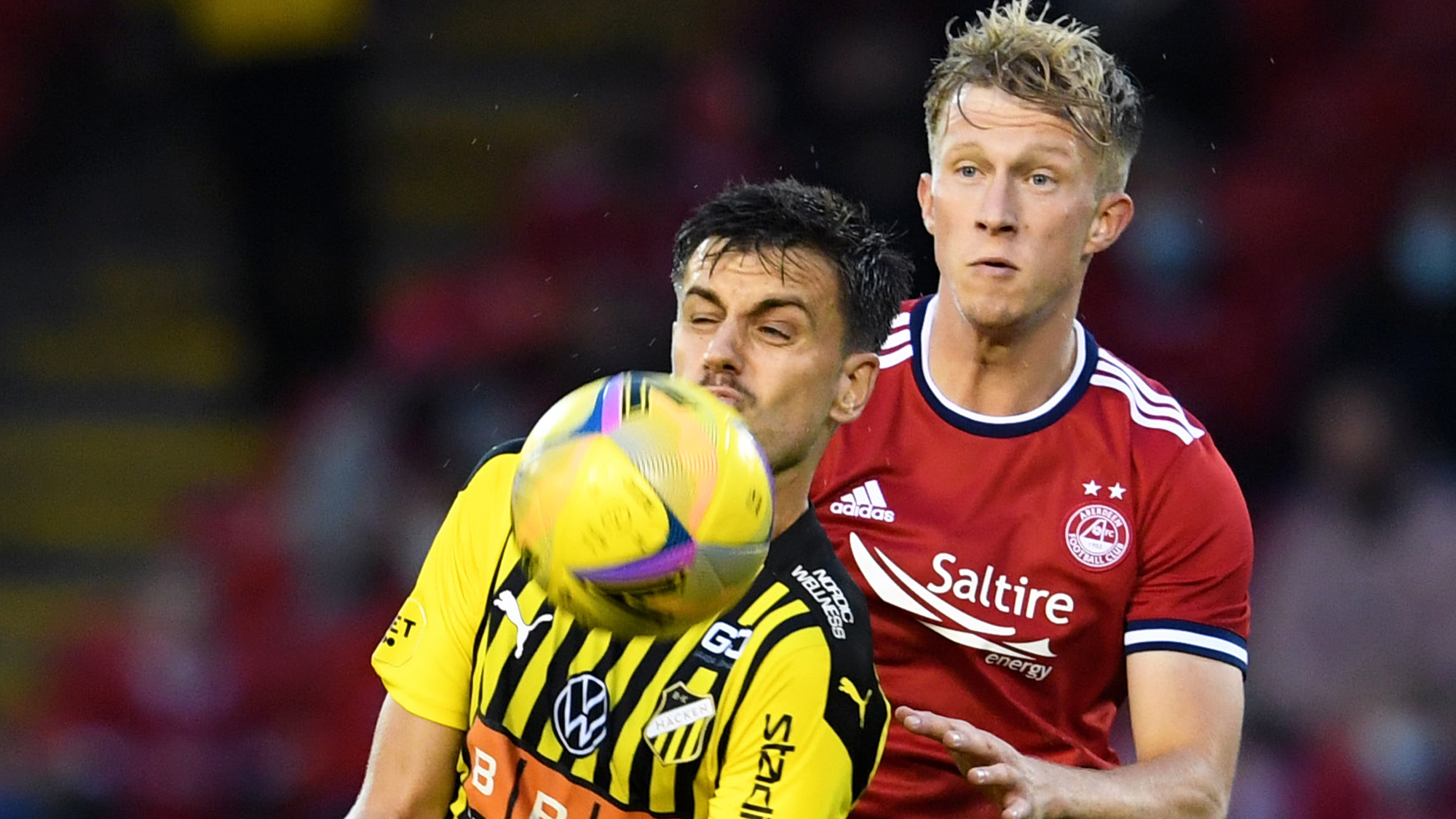