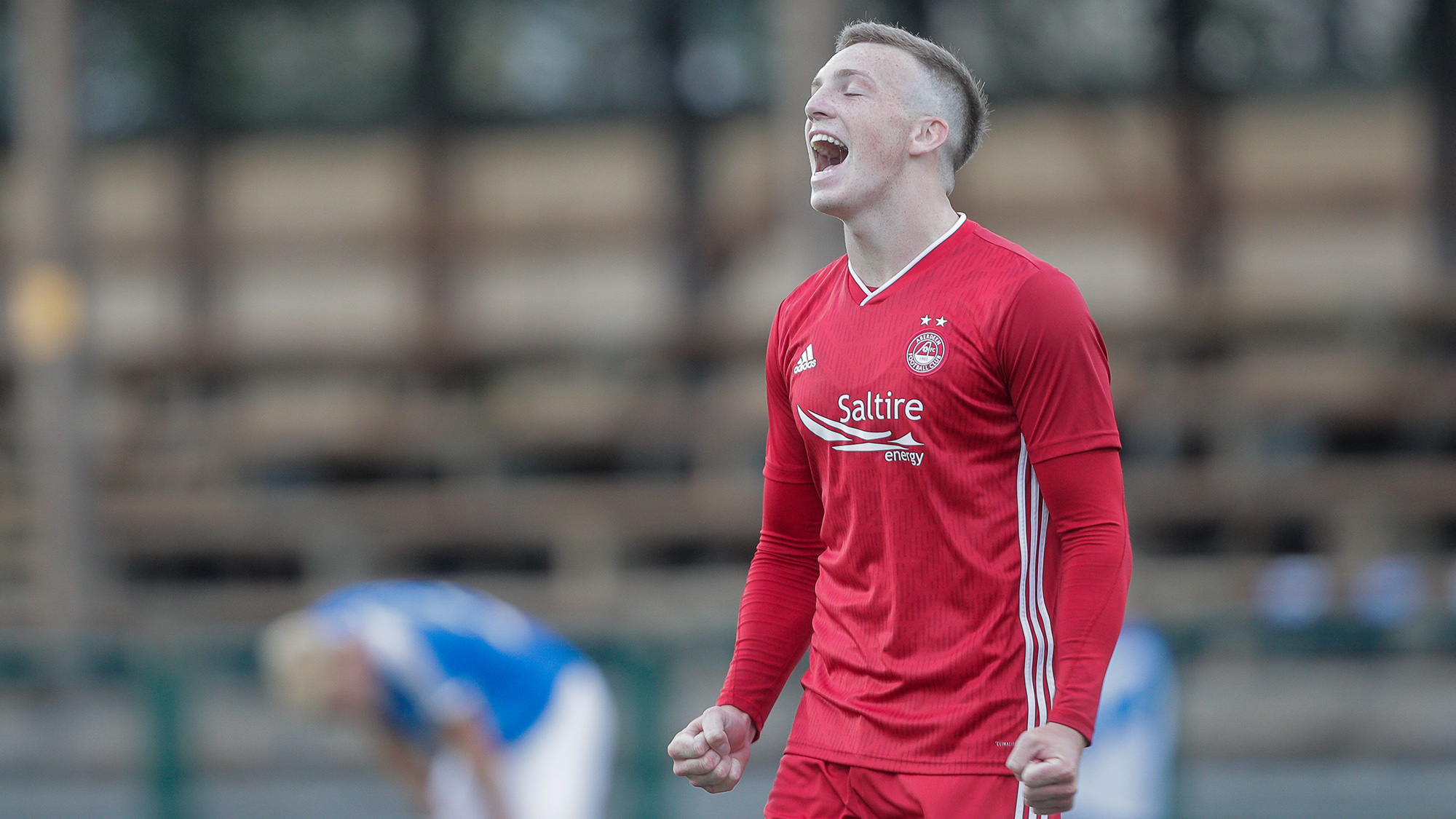 “It was not as good as my Burnley strike!

“It was a different type of goal but a goal is a goal so I will take it.

“I think we should maybe have got our second a bit earlier and put the tie to bed.

“Everything that happened in the second half we expected.

“They obviously had to go for it and they threw everything at us.

“I thought we were really disciplined with our work, particularly our defensive work.

“At the end I just spotted a chance.

“I was told by the gaffer to sit in front of the back four and protect them but I just saw the chance and I knew that Deano would sit for me.

“So I took the chance and took off!

“At the second attempt!

“I was given the job of marking Lucas Lingman.

“The boy is a good player. He is very technical and good in and around the box. He played a few good passes tonight and it was his pass at Pittodrie that led to their goal.

“The gaffer told me to get in about him. He told me not to give him any time or space because if you give a good player room then they can hurt you.

“Deano has shown in pre-season what he can do.

“He has played at lot of games and the gaffer has that trust in him to go out and do a job. He is more than capable. Of course he is young but he plays like an experienced player and I think he will go very far in the game.

“We will fly back tonight and then we will be in on Friday morning. And then throughout the course of next week we will have a look at our next opponents.

“I am sure some of the staff will have had a look at them already and they will go through absolutely everything. They will look at as much footage as they possibly can and identify the way they play.

“They will do their job thoroughly and then put the information across to us.

“We look forward to the next tie.”

The Manager previews the trip to Georgia

The Manager previews the trip to Georgia