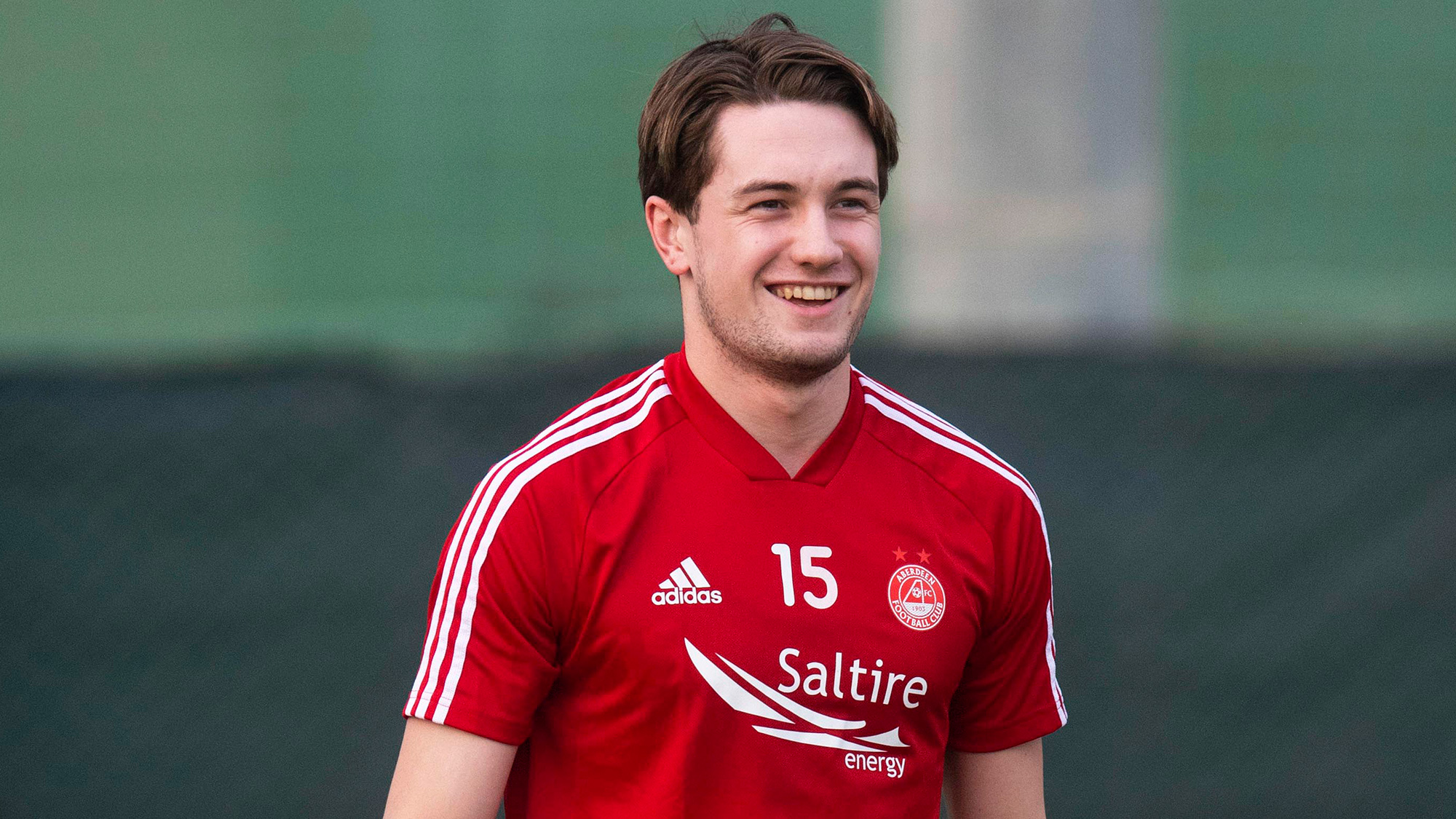 Scott Wright talked to the Red Matchday Programme editor on RedTV after day two of pre-season. To watch the extended interview please click on the red button.

“It has obviously been quite strange.

“Throughout my career at Aberdeen I have been used to a quite short pre-season. We have maybe only had two or three weeks, four weeks maximum off then you are back in. You then have a short pre-season before the European games start. So it is quite a quick turnaround.

“The situation we find ourselves in, it has been a really long layoff. The boys have tried to keep themselves ticking over and keep themselves fit but it is really good now to be back on the training pitches. The likes of Graeme Kirk can now plan a proper pre-season – a good six week block. All the boys will be ready when the season starts.

“No mater how much running and stuff you do out with your proper training, you always get a sweat on when you are back.

“It is good to be back at the training ground amongst the boys. It is good to get some hard work in as well.”

“The plan at the moment is for us to be tested twice a week. You take the test and it takes about an hour for your results to come through.

“So ahead of starting on Monday we were all in on Sunday, at an individual set time.

“We drove into the training ground, got the test straight away and then drove off. We then got an email or text saying you are fine. Later that night we got information about which training group we were in and our times.”

“The training is a change, for example having to get dressed in our cars instead of using the dressing rooms. But it is what we are needing to do now to make sure we are back in amongst it. We all know the situation we are in, so until things change, we just have to get on with it.

“It kind of does not feel that different when we are actually out there doing our work. Yes we are socially distancing, and you felt that when we were first warming up, but as you get on with the session, for example running in and out of cones, you were socially distancing but it felt like a normal pre-season drill really.

“You are just focussed on the drill and getting on with it.

“The club have done everything right.

“They have given us the platform to go out and train and not worry about anything else.

“Adam Stokes is a brilliant physio and a great guy as well. I am would love to say he has enjoyed planning everything out and making sure it is right, but I am sure he is a bit stressed as well! But everything Adam does is very well thought through and done to the best of his ability. 10 times out of 10 that is a great job.

“I was gutted with the way things had worked out.

And we did that.

“I managed to get fit, I got two training sessions in and was going to be playing for the Reserves midweek after the Motherwell game on the Friday night and then I would have been classed as being fully fit. I trained on the Wednesday and Thursday, felt good and then got the message that everyone had been sent home. And I had not been back into the training ground since.

“So it was frustrating for me personally because I had worked so hard after getting that date in my head. In my mind I was going to be pushing for a place in the squad for the Hearts game after the international break.

“But these things happen. There is no point in dwelling on it. I have to now apply myself during pre-season and see where that takes me.

“After picking up the injury I was down for a couple of days after I got the phone call telling me about the scan results.

“But I bounced back very quickly and a lot of that was down to the fact I knew how good Adam was. I knew that I was in the best hands possible. I said to myself that I would come out stronger for the experience.

“I took a lot of encouragement from seeing what had happened with Mark Reynolds and the way Adam helped him. I knew it was unlikely that I would be back as quickly as he was, that was remarkable, but it gave me the motivation to try and be back as quick as possible.

“The medical staff made it a good environment, a happy place for me to come into every day. They kept me motivated every single day. At first it is quite slow and you start to get a bit frustrated as you want to get to the next stage and move on but you have complete trust in what they are tellingyou.

“As well as Adam, Michael Devlin was brilliant with me. Mikey also had similar injuries. I watched the way he looked after himself – he was always in the gym before training and after training to make sure it did not happen again. I was really impressed with the way he approached it.

“Everyone did their bit, especially the manager, to keep me involved as much as possible.

“It was frustrating watching the games, because you are sitting there thinking how you could affect it. But with a long term injury you know you are not going to be able to influence games so you just have to do what you can off the pitch to help encourage the boys, for example going into the changing room before and after games and wishing them well.

“I feel really good now. I was running throughout the lockdown.

“I am probably passed being raring to go! I am buzzing to get started and I was really looking forward to getting back in. It so nice being with the boys instead of having to see Adam to find out what gym work I would be doing. It is great to be able to kick a ball again.

“The only real aim this season is to try and break into the team and try and establish myself. I want to try and an extended run in the team.

“Everyone is so happy to be back and working hard. 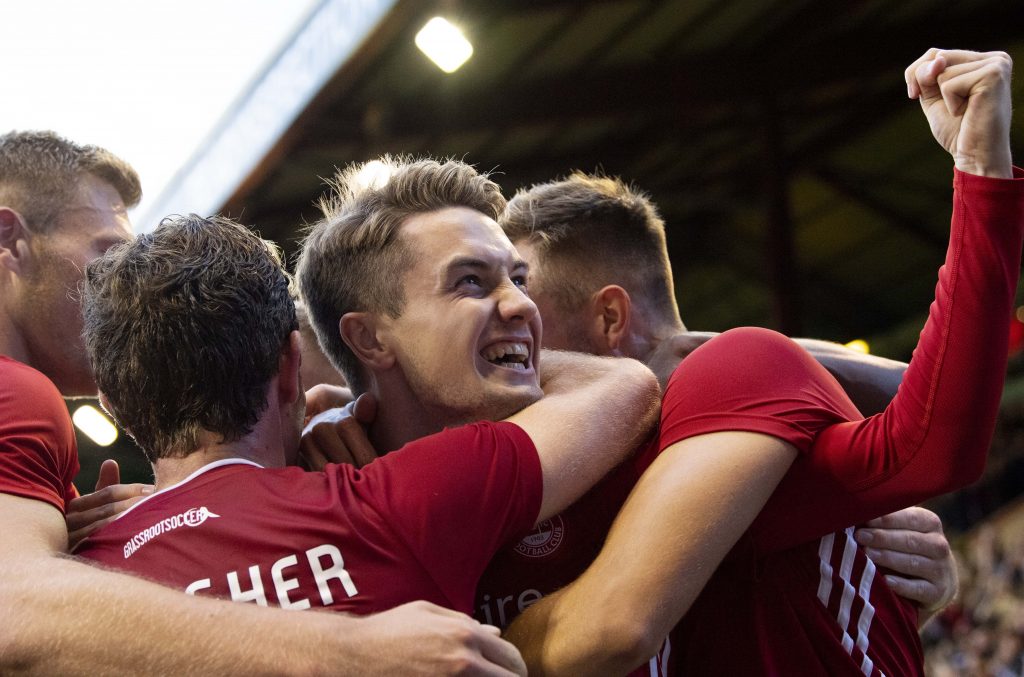