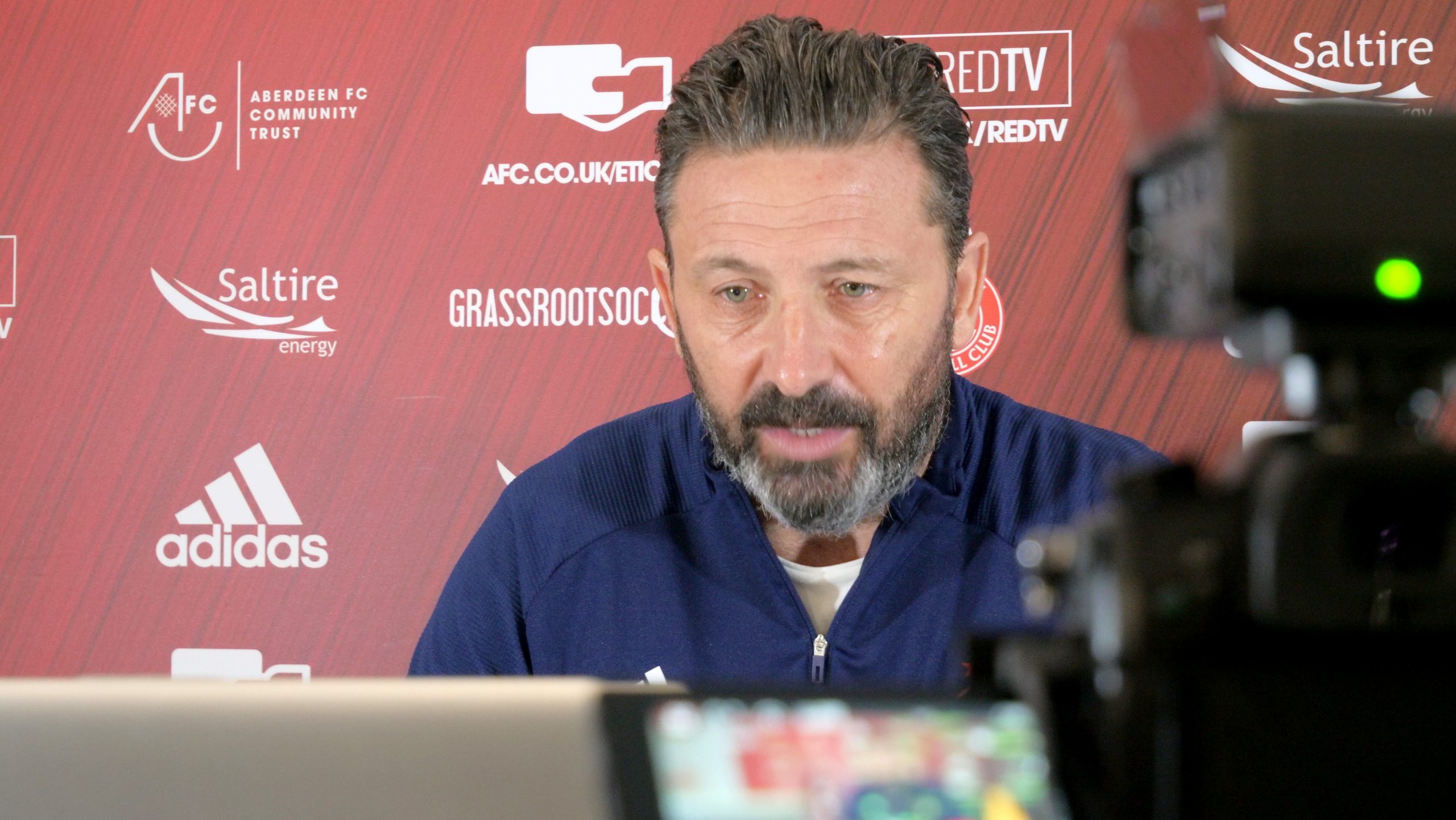 The manager gave his final press conference of 2020 as he previewed our trip to Livingston. To watch in full, click on the red button.

“It is the same squad as it was for the St Johnstone game and we also add in Ross McCrorie and Connor McLennan to that.

“Niall McGinn was on the bench the other day, but we were only going to use him if we felt that we needed him as a consequence of his injury, but he has trained since then and is probably more ready for this game than he was for the St Johnstone one.

“The squad is in good nick considering where we have been in the last few weeks, we have a few more options. Hopefully for the Dundee United we can add Scott Wright to that. He is the only one who is out injured that we can add to that.

“He has done some work with the physio. He will remain here and do some extra work with the physios and if he comes through that he could potentially train on Thursday with the rest of the squad. If he can get a couple of days of training in for the United game, he could come into contention for that.

“Scott was doing well when he went out the team and now it is a case of getting him back in.”