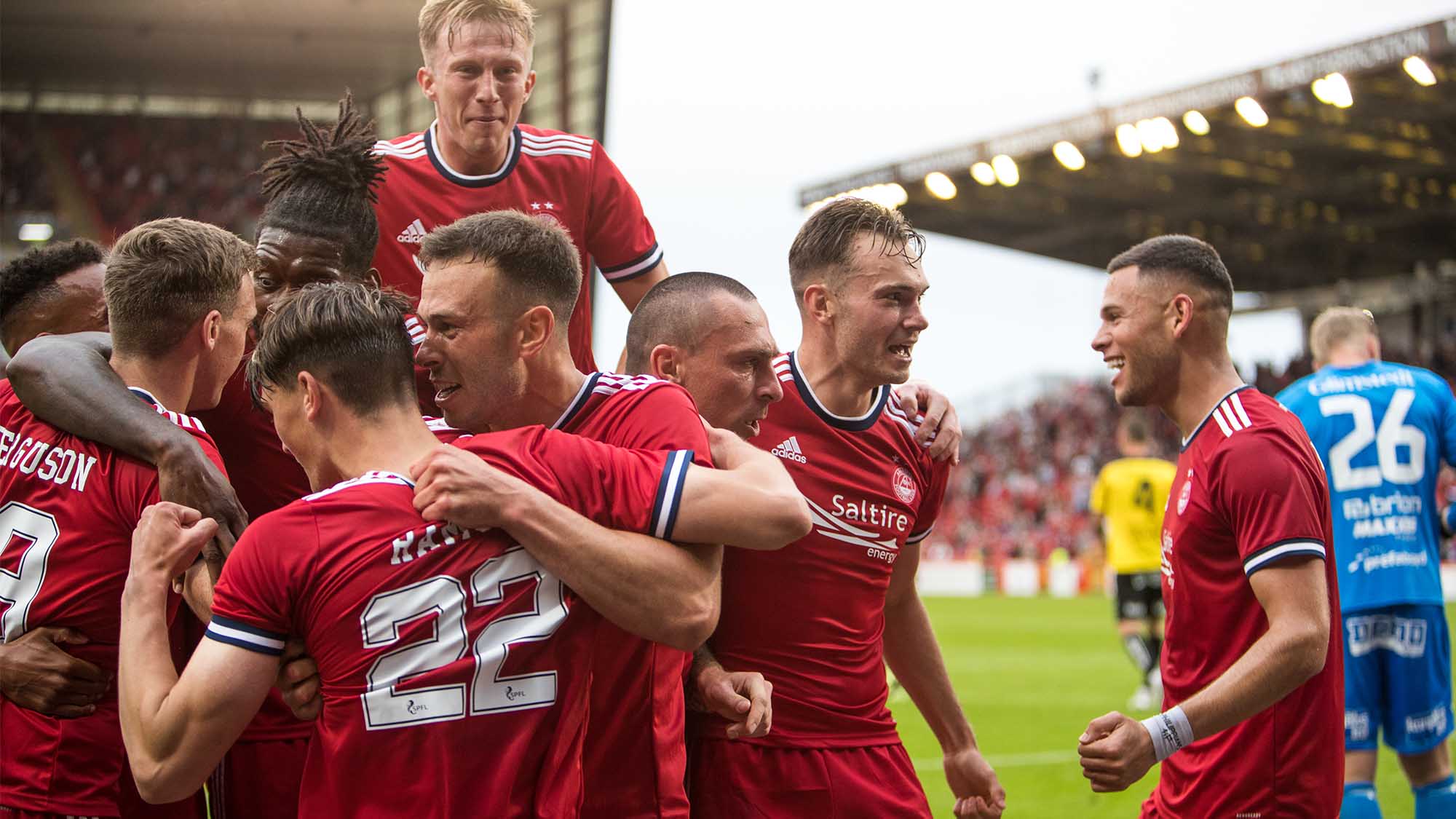 Man of the Match

“We have been training well and working hard. We have been working hard on things that we showed out on the pitch, so it is not a surprise that we have won by that margin. We have put the work in.

“We been together for about five or six weeks now, so we have been training together every single day. We have gelled right from the start.

“Playing alongside Scott Brown gives me a bit more freedom. I know he will sit there and protect the back four, he has got good discipline and he will rarely come out of his position. I like to go and charge about the pitch and sometimes I can leave the middle of the park and it gives me that bit of freedom knowing that he is always going to be in there. It allows me to get forward and get into attacking areas.

“It is always good to score. The first one was a penalty and the second one, which was a strike from the edge of the box, I have been working on with the gaffer. He has been telling me that when it opens up like that and I am 20/30 yards from goal to have a go. I did that on Thursday evening and thankfully it hit the back of the net.

“We conceded a goal that we didn’t want to concede. They are a decent team when we gave them space and on the occasion that we did give them space inside the box the striker has put it into the back of the net. We still have work to do over there. We will go over there and be professional and try to produce another performance like this.” 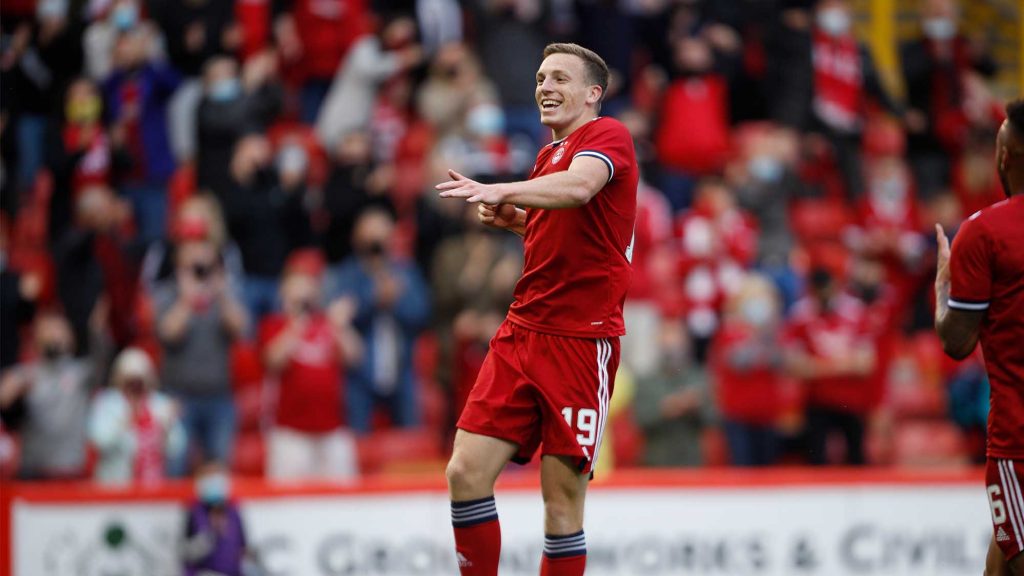 “I am absolutely delighted. It was a tremendous 97 minutes from every single one of the boys. I thought our intensity, our will to win and our drive was absolutely spot on. It showed from the get-go.

“I felt that once we got the first goal, we were able to settle a bit more and we could play more like ourselves. We thoroughly deserved to win the first leg. It is only half time, and we still have to go to Sweden and play again. It will be a tough game.

“They showed signs that they are dangerous on the attack, they have got pace and clever players. We have to watch out for that. Hopefully we have done enough to get ourselves through.

“We work really hard on set plays. Allan Russell puts so much effort into them. It was great to get on the scoresheet and it gave us that breathing space. I am always delighted to score but especially tonight with the fans being back in. With a result and a performance like that I can almost imagine what a great feeling it was for every single one of our fans.

“I thought Christian was brilliant. I thought his hold up play and his link up play was top notch. He knows in Scottish football that his hold up play is a huge part of your game because you have some big strong defenders. He has settled in so well. All of the new boys have settled in well. The more goals he gets the more confident he will become. You could see everybody was delighted for him to get his goal.” 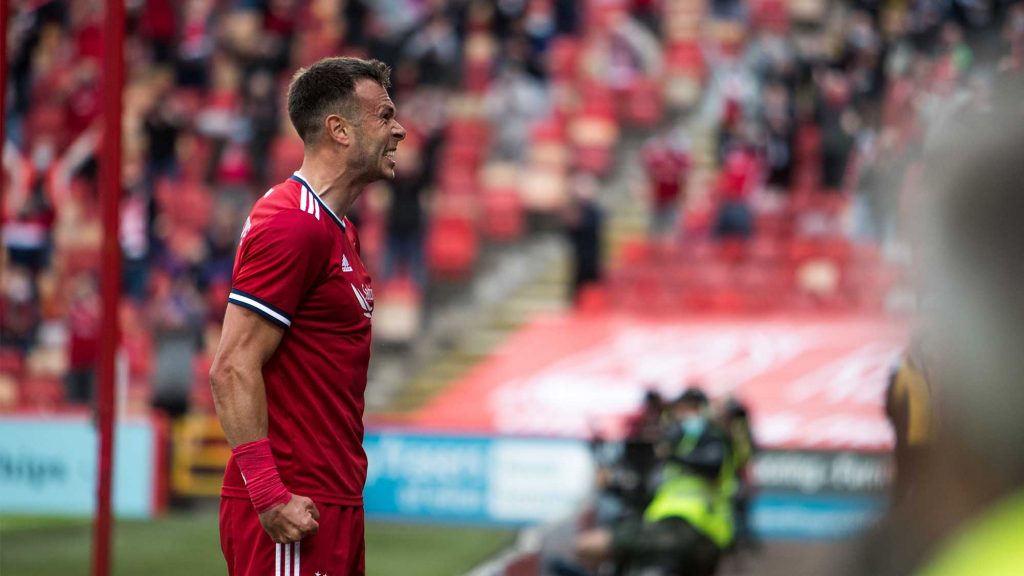 “It was dream come true. To make my debut in Europe. You always strive for things as a little kid and this was one of the things I had on my list. To be able to play for this club, in front of that crowd and have a debut like that, it was all a bit surreal, both personally and as a team to be able to put that performance together.

“I have said it since I have been here, the fans have been very welcoming with plenty of messages and then in the grocery store. I am very thankful. Then to come here tonight and hear them chant my name with a song in it, and chanting USA, hopefully there is plenty more of that to come!

“Scoring on my debut was important. It made it a perfect night. It is the first time I have played that amount of minutes in a long time. I was itching to play in that environment and in that atmosphere. It was awesome. I think the guys fed off the crowd a lot. You saw a lot of us interacting with them because it was the first time as players we have played in front of a crowd in a long time.

“It is a step in the right direction. I can only imagine what it is like when the stadium is full.

“After the game I spoke to my family and said, wait to you get here and hear this crowd. It is a culture shock. It is an atmosphere that is special.

“I did my homework before joining. I knew the style the manager wants to play and speaking to Allan and seeing videos of Ryan and Jay, I knew that it was something that we could do together (link up). Then you look at Lewis Ferguson and how powerful he is when he gets going, it is something that could be special. I know we take it one game at a time, but it is early days and I believe thing can only continue to get better.

“We have to build on this performance.

“I think we have a good group of leaders in this group that will keep us levelheaded and make sure we focus on one game at the time. We will get back to work this weekend.” 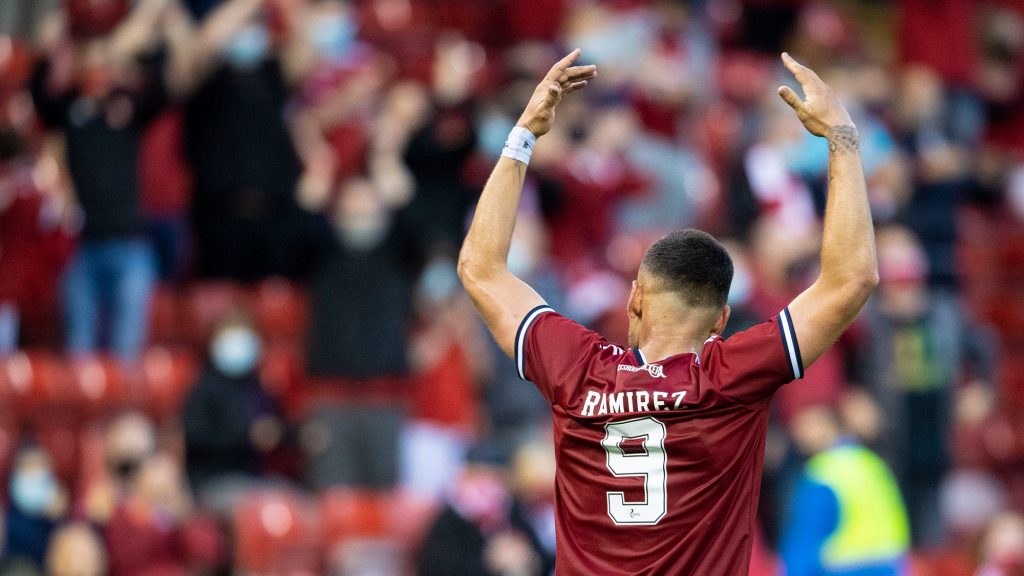