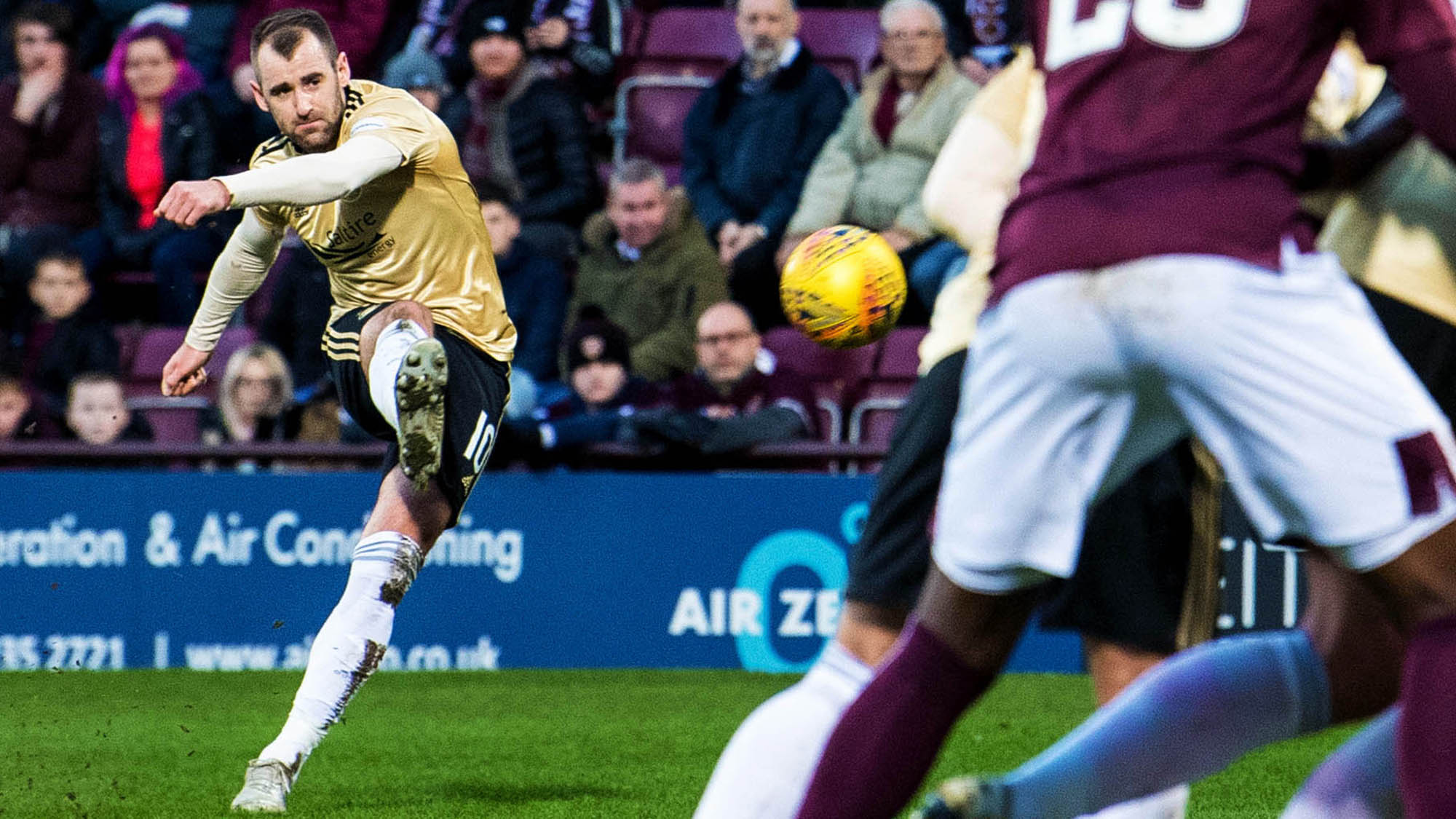 “First half we did not play great.

“We wanted to come out strongly to silence the crowd and put pressure on them. But they had a few chances and grew in confidence as the game went on.

“We were very disappointed to concede the goal the way we did.

“They take a quick throw in and it is obviously a very good finish from their boy.

“I then score with a nice free kick to get us back into the game. It was pleasing to get the equaliser and we should have gone on and won the game.

“We then had a few chances which came our way but the closing stages to game were quite scrappy. We probably should have worked the ball better and got the ball into better areas so we could get some crosses into the box.

“We just need to take the point and dust ourselves down and move on.

“We will now start working towards the Scottish Cup tie and we will look forward to that when it comes around. 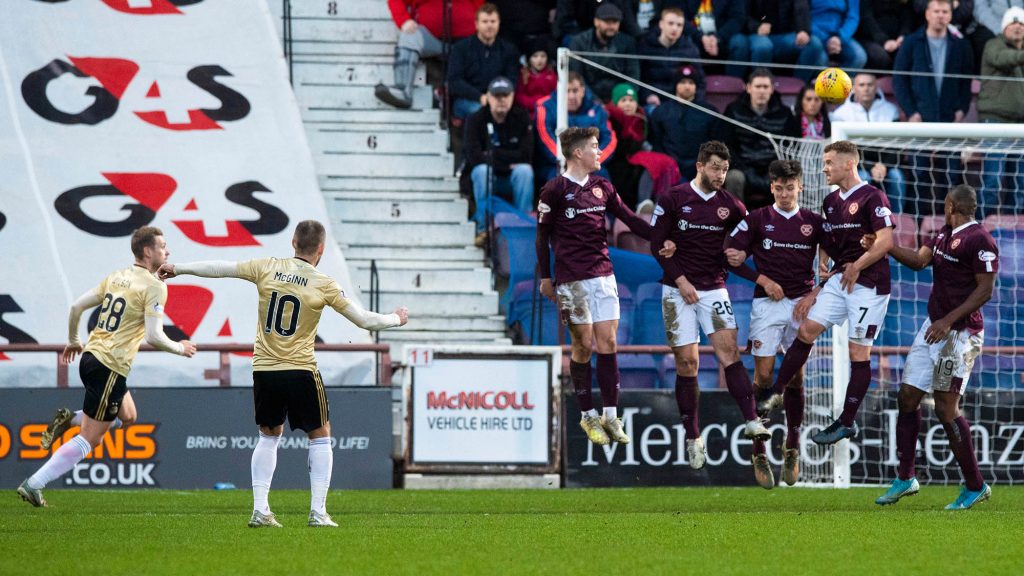 “Sam has scored so many goals, he is obviously going to be a miss.

“He is a player who scores goals regularly for us. As attacking players, we want to try as much as possible to help him, by providing assists. And also when he is not there, then it is up to other players such as myself to come to fore.

“I was delighted to get my name on the scoresheet with the free kick but all in all it is a disappointing afternoon because wanted to come here and get the three points.

“We knew Hearts have been on a poor run recently and wanted the win. We have not done that.

“With us getting a few days off we will go away and enjoy some time with our families. We will use the time to rest and recover.

“It is a chance for everyone to recharge the batteries.

“We then need to go to Dubai and work hard. We will prepare properly for the second half of the season and focus on the Dumbarton game.

“Having a good run in the Scottish Cup is very important to us. That will be our main aim, as well as finishing as high up the table as we can.

“It is about getting that consistency into our performances after the break.” 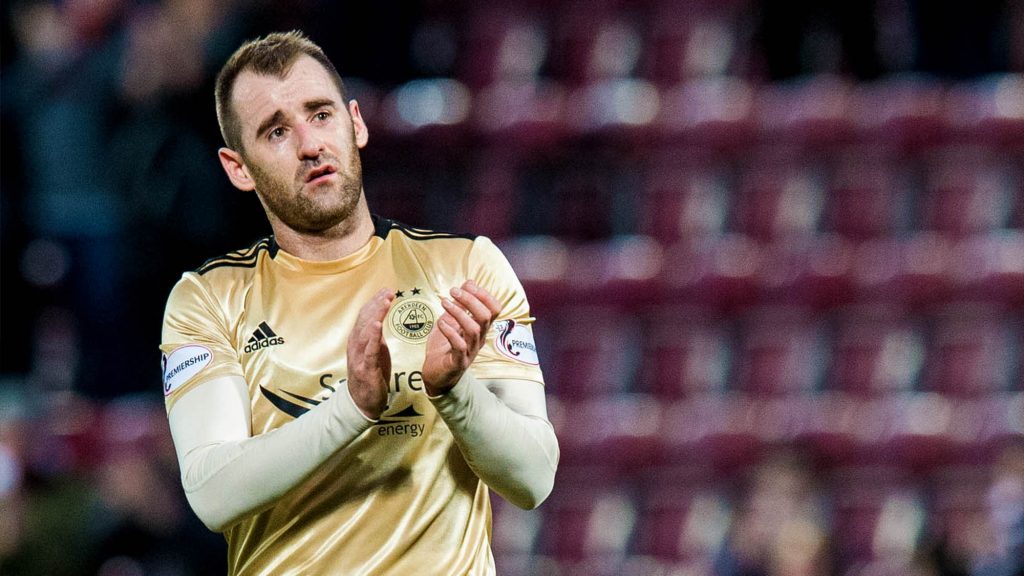