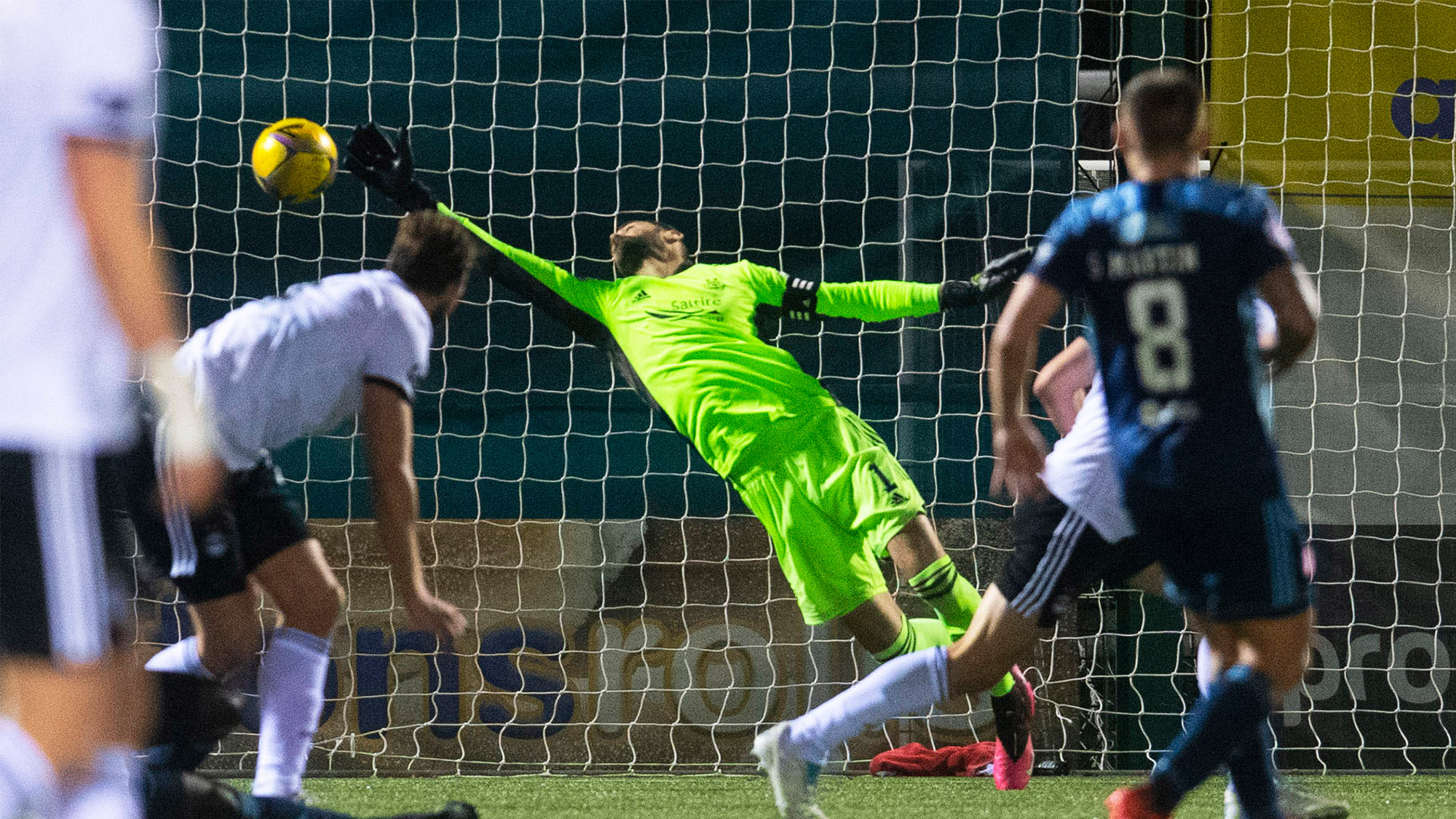 A rueful Joe Lewis reflected on a missed opportunity as the Dons manged just a draw against Hamilton Accies following a dominant first 45 minutes.

“We should have taken more advantage of the play we had in the first half and tested their goalkeeper a bit more.

“If you don’t put the game to bed when you’re in control, then you always run the risk of getting pegged back. They’re a team that don’t give up, they keep going and they got their goal back.

“We felt it was offside, I’ve seen it back and it looks tight, but I think he’s offside. Saying that, we gave away too many free-kicks and set plays are clearly a strength of theirs. They put the ball in the box and have big guys to attack it, so in allowing that to happen, you’re taking a risk. Generally I thought we defended those balls well and without labouring it, the one where he got away from us, it was offside, but if you let balls come into the box, there’s always that danger.

“We had a lot of control of the game, especially in the first half, but throughout really. That save from Moyo in the last minute was the first one I’d made in the match. That’s my job, it’s what I’m there to do. My concentration has been something I’ve worked especially hard on since being here, so it’s pleasing to make that kind of save when you’ve had a quiet night. It’s good to play your part.”

“We move on to the League Cup at the weekend and as every season, that’s a big focus for us. Going down to St Mirren is a tough game, so we have a bit of work to do over the next couple of days to get prepared for that.”