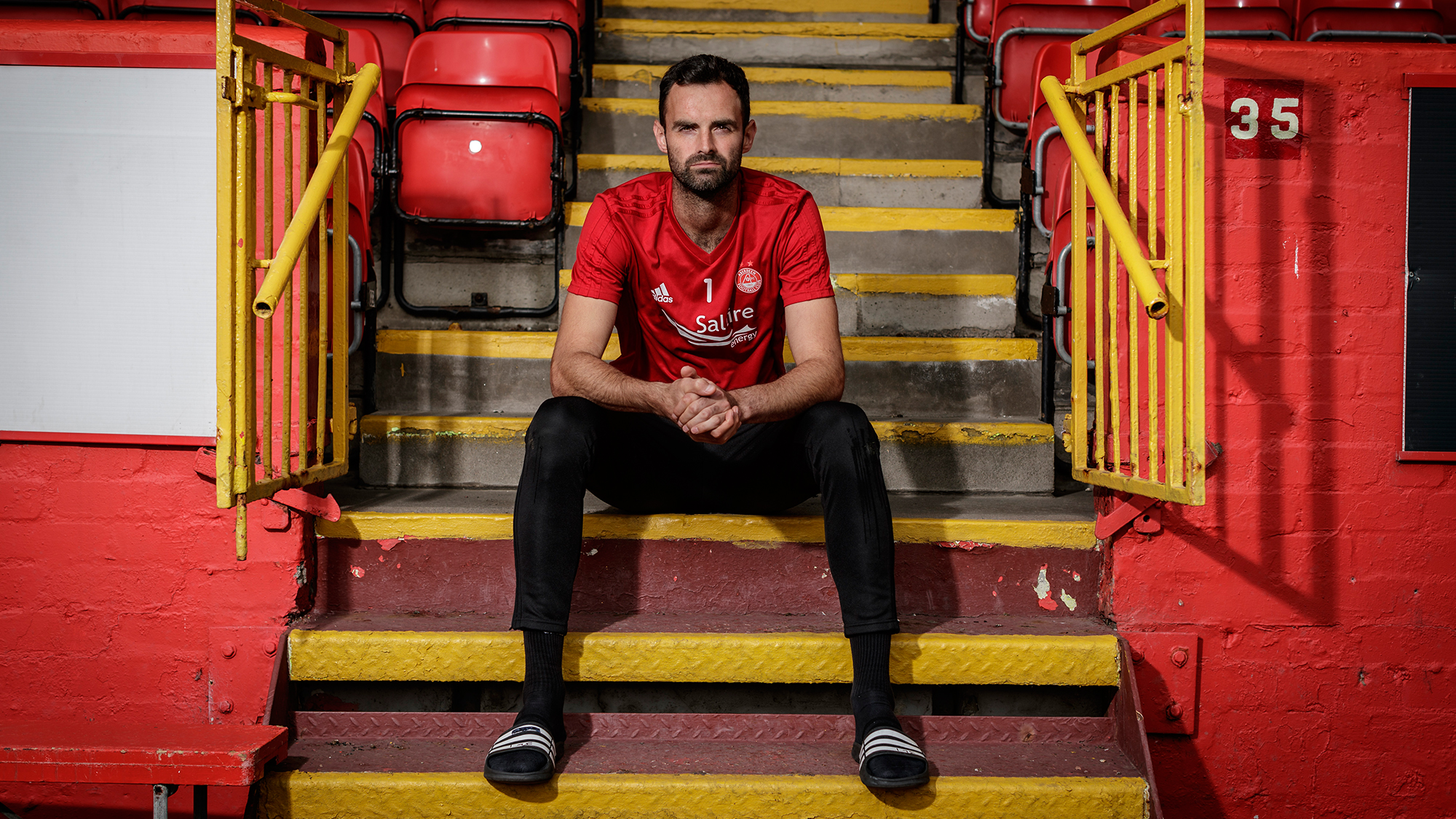 “It’s one we’re looking forward to and getting some points on the board and moving up the league table.

“It’s early in the season so there’s no panicking yet, but we want to get some points on the board and get some more wins. We’re looking to do that against a difficult team.

“Obviously, you want to be winning all the games, but it’s one defeat where we were down to ten men very early on in the game so there’s certainly nothing to panic about yet. There’s a long way to go and a lot of points to play for. Obviously, you don’t want to be playing catch up too much, but there’s no panicking and we’re looking to get the three points against a difficult Motherwell team.

“They are two great players (Devlin and McKenna) so it would be nice to see them back in fit and not suspended and it’s a good option for the gaffer as the more the quality he’s got the better for everyone. It creates good competition for places so if they are back in and selected then it would be great to build a solid partnership. If they can stay there for the whole season it would be great.

“You want the right decisions made. The referees have got a very difficult job and they need eyes in the back of their head sometimes to see all the different scenarios. They get one look at it and then it goes to the pundits where they’ve got replays and slow motion etc. It’s easy to be critical when you have the benefit of that, so I think anything that can help the referees. People argue that it slows the game down, but for me if it takes 30 seconds or a minute to get the right decision for the important decisions then surely that’s got to be worthwhile. It’ll have its critics, but for me it would be great to see it involved.

“That is one way they (Motherwell) can play (physical). I think they are underrated in terms of the quality they’ve got. Certainly not by me and ourselves as we know they can play that physical and direct route, but they’ve also the quality to play other ways as well. If the physical side of it comes into play then we will make sure we’re ready for that, but we’re certainly not going to bracket them as a one-dimensional team. They’ve got a lot more than that.

“I don’t run around so not for me (tiredness), but we’ve got a fit bunch of lads and it’s about being mentally right as well. I need to be mentally ready for the three games and up for the games and being up for the battle. It’s a big week for us.

“As a football team and as a player you hope you don’t get injured, but from my point of view if it changes in front of me (the players) I’ll have to deal with it. You’re not going to have the ideal situation all the time and ideally you have a settled side, consistency and winning games then the manager doesn’t have to change the team that much. When you get the injuries, you have to just get on with it.

“Last season the league was stronger than before and this season it feels stronger than last season, so we need to improve on last season and improve on this season and pick up some more points. You don’t want to go behind too early and play catch up for the rest of the season, but there’s no panicking yet. We’ve lost one game and we had ten men for 88 minutes or whatever it was and we’re very calm and confident and looking forward to a big week.”