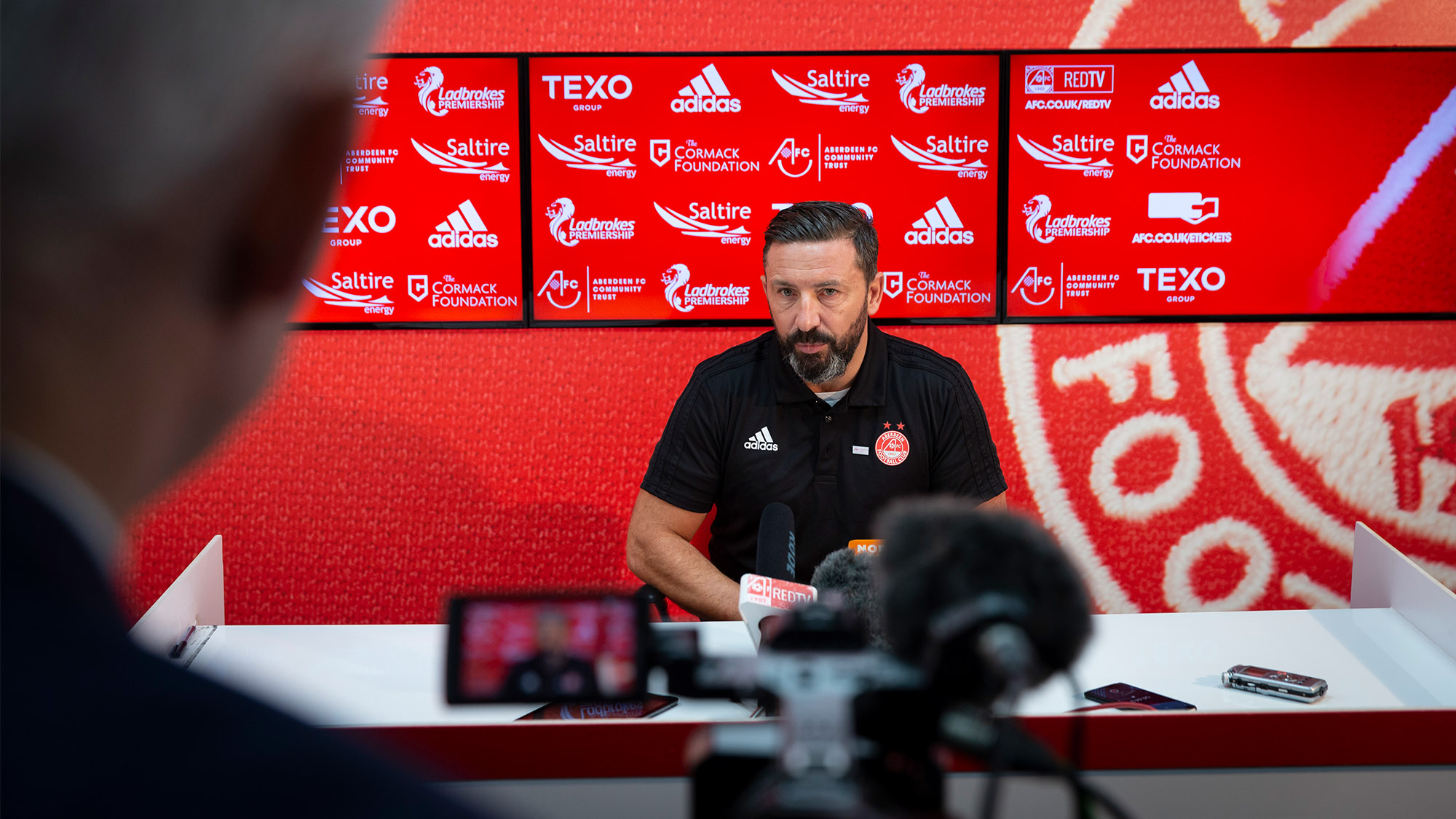 A look at St Mirren

“It’s probably been well documented that Oran Kearney was desperately needing the January window as in his eyes he was probably wanting to put a stamp on the team. January is a difficult month to bring in exactly what you need but he’s brought in some freshness to St Mirren. I’ve watched last week’s game and watched them in the flesh against Hibs a few weeks ago and they were very good in the first half, but lost their way a wee bit in the second and lost the game. He’s getting a wee bit of a handle on the new signings and I feel as though, despite all that’s happened, they are in a three team fight really to stay in the league. At this stage of the season that’s what it’s come down to.

“We’ve been well aware for a while the way the league’s been set out and every game is very important for each team for their own cause. From our point of view, whether St Mirren are making those improvements or not it’s important we continue to search for our improvements and try get the three points that’s available.”

“It’s something that we’re mindful of. Being at home, especially when we want the game to be quick and want to try get into the game quickly, as we have done at times over the years. I do feel that certainly the game on Sunday against Queen of the South we took too long to get going in bringing that drive. There was nothing wrong with the performance but it was just a bit safe. For me we’ve got to try impose ourselves on the game. With so few league games left until the end of the season the importance of each and every three points is clear. Hopefully we can see that in the performance.

“Supporters have a part to play as well. We’ve came from the high of the Rangers game where the atmosphere was incredible and there was nearly three times as many people in the stadium as there was at the QOS game. There will be somewhere in between that tomorrow and no game is easy. The result might play out in the end in certain games where you’ve managed to get on top of teams, but the initial part of the game we need all the help that’s there and using the advantage of being at home in the best way.”

“We won the game well last week and I’ve been pleased with the performances. Even in the defeat to Rangers the performance was good and we’ve came off the back of a cup tie, winning at Hamilton, winning at Easter Road and the players’ game is in a good place. It’s difficult to keep replicating that level of performance over 90 minutes, but what we have got is good options from the bench. Niall came on and scored immediately and assisted with the next two goals. It was a very strong performance in the second half and we got the job done.

“These players over the years’ time and time again have done it and hopefully we can do that again tomorrow. There’s no real need for freshening it up again tomorrow too much and we go from Sunday to Saturday. We’ve tried to get the balance right this week with some time off and getting some good intensity into the boys. They’re ready for the game and hopefully they can get the job done tomorrow.”

Current form and looking ahead

“We’re in the Quarter-Final of the cup and have a home tie to look forward to. We’ve got important league games coming up, none more so than tomorrow so we need to make the next game important by winning games. That is the only way forward for us. If we can keep winning the next game becomes more relevant and more crucial in terms of what we want to try and do. That’s the way I want it at Aberdeen, and I don’t want to just play out a season. I’ve always said that and I want the end of the season to be meaningful and have something to really play for. To do that you just need to keep churning away and picking up three points, keeping your head down and just getting on with the job.

“There’s always an opponent and we’ve just spoke about the need for St Mirren so it’s not always about us. There’s always an opponent trying to inflict that pain on you and you’ve got to overcome that challenge. That’s the nature of the game and we’ll just go set about our business tomorrow. Hopefully by the end of it we’ve scored one more goal than St Mirren at the very least and we can get three points.” 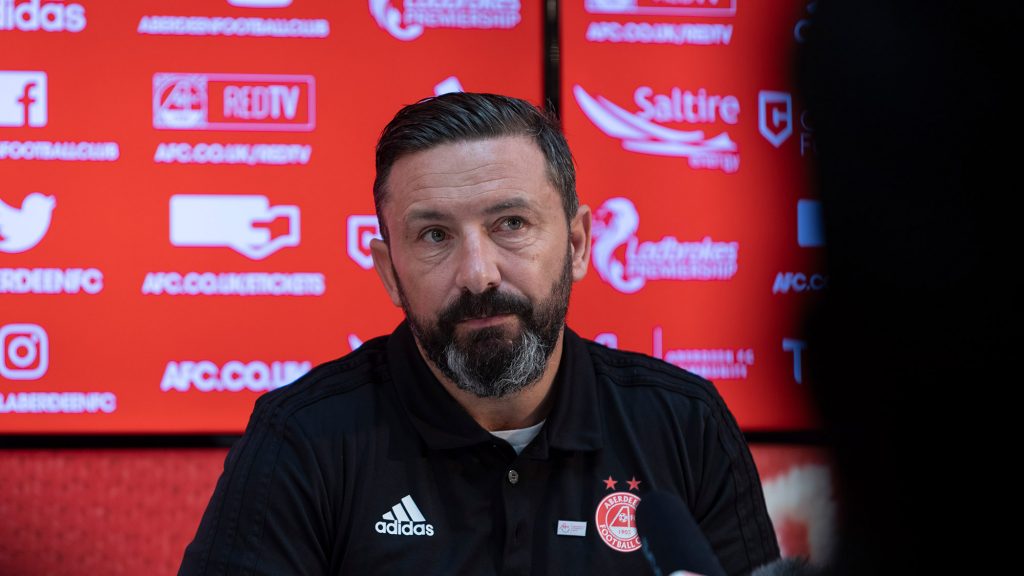 “It’s very unusual in the modern day you have someone so young who is just so trust worthy. He is competitive, technical, brave and as I say trust worthy in both boxes and at set plays. We’ve asked him to do a man’s job a lot of the time and he’s answered up and scored very important goals. He’s someone we’re really enjoying working with, but we’re also conscious of the fact we’re trying to get more out of him. He’s played an important part in our performances this season and he will continue to do so for years to come. He’s got a lot going for him and we’re a good club for him at the minute. Hopefully he can continue to impress and continue to develop.
“There’s no real panic on that side of it (his contract). We’re pretty relaxed and confident we can get Lewis extended. He’s clearly enjoying it here and his performances are an indication of that as well. He’s someone who’s going to have a good career ahead of him and is certainly going about it in the right way. Hopefully we’ve got Lewis for many years to come and that was the intention when we signed him and it’s still the intention now.”

“Both Graeme and Gary we’ve spoken to again briefly this week and hopefully we can get some news on that in the next week or so. I don’t want it to dominate every press conference and it won’t, but until both lads tell me they’re not going to sign then we continue to push and try convince them that staying at Aberdeen is the best thing for them. There’s nothing more to add to it at the minute, but hopefully we can get some good news in the coming weeks.”

“We’ve only worked with Tommie (Hoban) a short time as he’s only been fit and available for a short time. I was excited when we signed him because I know the quality of the boy. He’s always brought a good level of performance for me. The Burnley games and others at the start of the season, and since he’s came back – it’s as if he’s never been away. There’s no settling in period again for someone like him and he’s just come straight in and done the job. He’s young, talented and is only going to get better if he can stay injury free. We’re just pleased we’ve got him fit and available. As for the future I don’t know what the situation is at his own club and what his own thoughts are. I know he’s enjoying it here and he’s just enjoying playing and being fit. We like to work with good players here and he’s certainly that.”

“Shay’s a doubt at the minute. He came off last Sunday with his ankle, although not in a lot of pain, it was just a little tendon issue on his ankle. We’ve been getting that looked at this week and you’d have to say he’s a doubt. We’ll see how he comes through today, but everybody else is fit. There’s been one or two complaints with Sam and his back and Greg with his hip, but they’ve all trained and all good to go.”

“It’s not a huge surprise, but it’s quite compelling that so many players have felt the need and importance of speaking out and voting. I think they’ve got to be listened to. There’s no criticisms of the clubs from me who have AstroTurf pitches. Behind it all is for a financial side and it works for those clubs, but for me as a general point to back up the players feelings on it, I think we’d all accept we’d like to be playing and watching football on the best grass pitches we can for the top flight.

That’s what we should be striving for. If these clubs need financial assistance when you come into the top flight to make that happen and make that real, certainly to get a good grass pitch, then I think that’s something that’s worth working towards.

“It’s only important if people are listening to it.

“If it’s just filling a couple of days papers and then it goes on and we’re still here next year then it’s like a lot of these meetings. Nothing gets done about it. If people look at it as just players talking then I think that’ll be disappointing. We’ve got to listen to that and for the full visual and playing quality everybody would prefer to play on a grass pitch. Hopefully that will be the future before too long.” 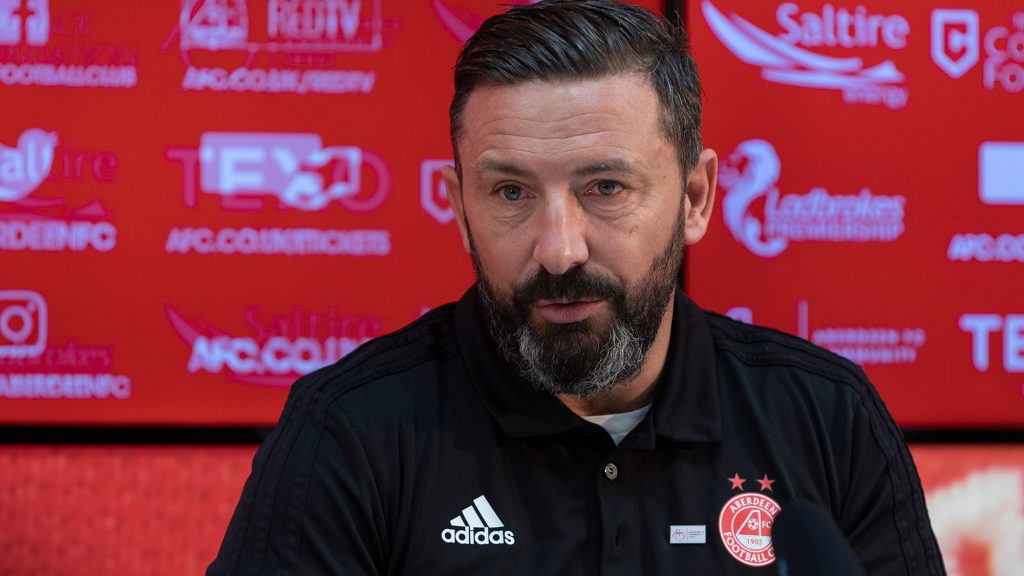