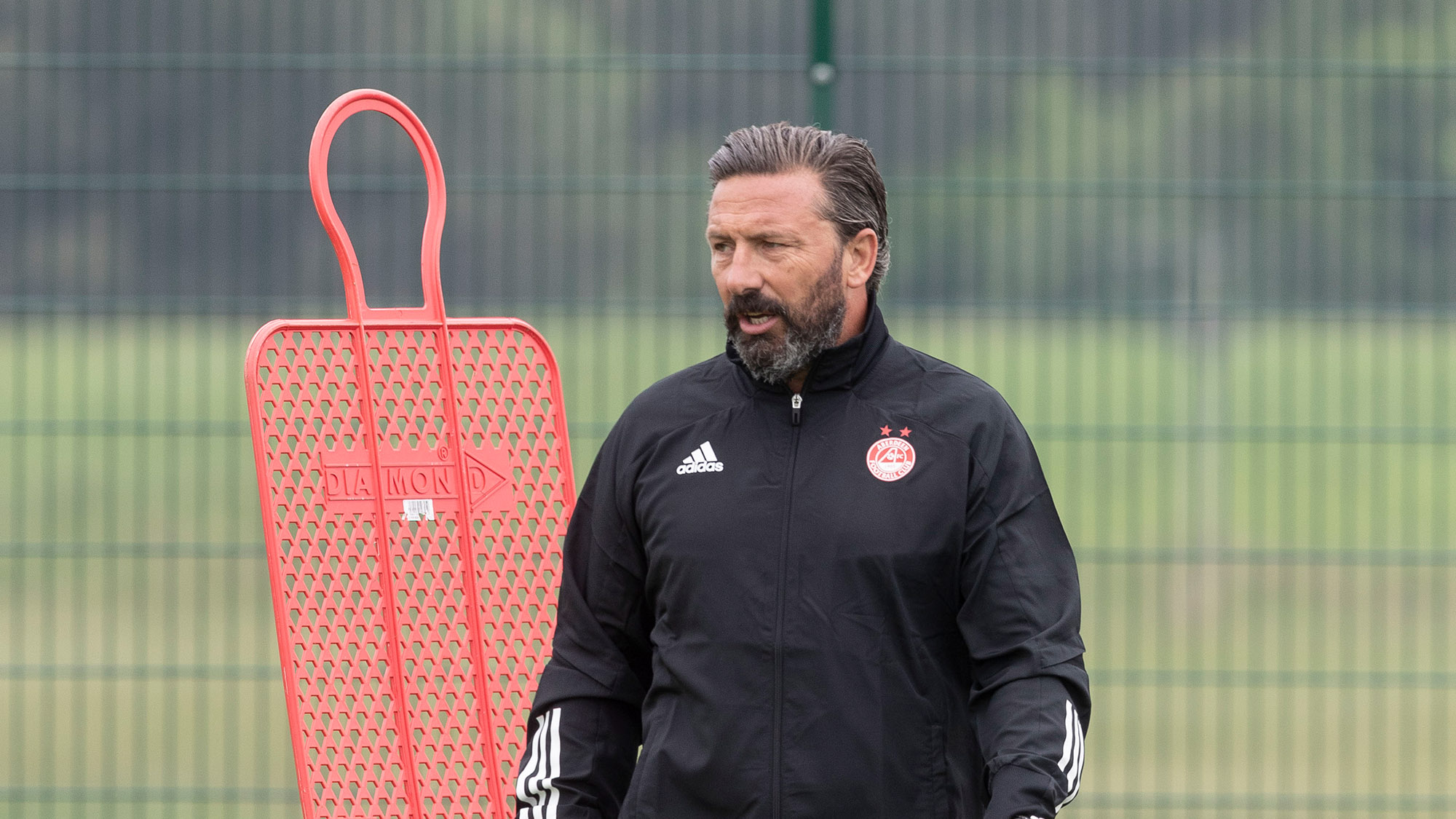 The manager has been speaking to the Red Mathday editor for RedTV to look back at the first few days of pre-season and ahead to the new campaign. Watch the interview by clicking on the red button above or read on for the quotes.

“It is brilliant to be back.

“It is always good to get back to pre-season training but obviously we have had a lengthy time off.

We have been in contact with the players and the staff, there has been a lot going on.

“I think we need to take ourselves back to a few weeks ago. The thought of even just being back at training was a bit far-fetched. We didn’t actually think it was going to move as fast as it has done. There has been a lot of encouragement as well to start the season as planned.

“Having something to work towards when you come back to training is important. We have effectively got seven weeks to get ourselves ready for the start of the season.

“It is great to see everybody again and I think the players along with the staff are just enthusiastic to get back onto the grass and get on with their work.

“We have got to be mindful of the fact that it will almost be five months from the Hibs game to the first game of the season. We have also got to be mindful that the players have had a long break, probably the longest break that they have ever had. We are going to use this first two weeks to build them up to get them ready to where they would be at usually when they come back to pre-season training. We will use that last month to really try and get them tuned into game related practices and to getting more contact.

“We are getting through the work. It is a bit of a challenge really at the minute, there are long days for the staff, but it is where we want to be. By and large the players have equipped themselves brilliantly as you would expect. We just need to make sure that with them being professional athletes, that lack of power and muscle that they have not been using, there is a wee bit of a deficit there so we need to be mindful of that and not put them through too much work in these first two week period.

“The fact that we have Cormack Park and all of the challenges that we face currently with all of the protocols we need to meet, having the luxury of having so much space is a god send.

“Adam Stokes (Head of Medical & Football Science) has been part of the working group with the SFA. We had our reservations with what it would be like over those first few days but Adam, the whole medical team, the club and the whole of the support staff here at the training ground, everybody is doing all they can to keep this place safe.

“Not every club is doing the testing that we are doing here because it is not compulsory but we want to safeguard the players and we are confident that in this environment we are keeping the players safe and the measures we are taking are the right ones to take. There is obviously a financial output to cover that and we are grateful that the club has seen the importance of that.

“I think the 1st August start is still realistic. We work in tandem with how society is dealing with the virus. Obviously, we are getting a bit of encouragement of late, we need that to continue. All the noises and everything that we are hearing is to be ready for the 1st August. I think that it is important to have a date to work towards. You saw the English Premiership kicking off on Wednesday night and it just whets the appetite again to get involved.

“When you watch the games, what you need to be aware of is that competitive element. Without supporters the games can sometimes come across as a bit false, a bit nice and a bit like a pre-season testimonial. Once we have got over that and when we do go back it is to make sure that there is that real competitive element. When there are no supporters in the ground and trying to replicate that competitiveness is always a challenge throughout pre-season but none more so than this season.

“Hopefully if we can get into larger numbers, 11v11’s and game related practices and get contact again with the players, all of that helps with that competitiveness to be ready for the 1st August.
“We will need some pre-season games, but we don’t know what that will look like. There is a working group looking at a return to play and we are waiting to see how that looks. Wherever we are travelling together on coaches, all in the same dressing room and all of the rest of it; all of these things have got to be looked at.

“Pre-season friendlies are a very important part of any campaign but even more important now with the time we have had off. We will try and replicate 11v11’s in our training and we will try to look to get some games with teams who are in a similar position to ourselves who have done all the testing and are up and running and are keen to get some match practice.

“Single legged ties, it was something that was talked about a few weeks ago and it makes sense with the fact that we are behind with the scheduling and we have to work our way through these early rounds quickly. We will just do as we are told with that. We treat it like a cup game anyway as you would do domestically. We look forward to it when it comes around.

“There is a lot still to be clarified on that. Wherever we can get some support from UEFA if we are drawn as the away team, to help the financial cost of that.

“But it is good that we have that date as well and again it is something for us to work towards.

“Matty Kennedy had a little procedure on his ankle, it was just a little tidy up but because of the way of the world with the hospitals and getting scans and getting it seen to by specialists, it was very difficult so he is a wee bit behind on where we want him to be. He is doing some work with the physios just now, but he will be up and running with us on the second week of July, so plenty of time before the season is starting.

“Curtis Main was doing the work that we had put to him and the rest of the players and he had felt a little irritation in his knee. He had a little floating bit there that needed clearing out. Ideally, we would have liked to have gotten that done weeks ago but again with the way that all the hospitals were the quickest he could get his surgery done was on Tuesday. He will be out for two to three weeks. Again, he will aim to be back in full training in the second week of July.

“There are some obvious benefits of having a longer pre-season.

“We normally speak about how rushed everything is when we come back for European competition.

“I remember our first pre-season, we went down to Warwick University and set a standard of fitness and put the boys through a more traditional pre-season. We have developed a culture at the club, we have guys here who it is well ingrained of what is expected of them and we have a level of player who are very professional and are good athletes as well as good players.

“The sport science department are really keen to try and utilise this time. Pre-season is there to try and build fitness for the full campaign. In the pre-seasons we have had recently it has been more about just trying to get them fired up again. This gives a chance to put some good base work into them. There are some challenging days ahead for the players, but we do have time on our side to make that happen.

“It hasn’t been easy for anyone.

“Now we can see the season on the horizon, and as we have something to work towards, it starts to whet everyone’s appetite. We know that everyone’s circumstances are different and there are different challenges to get through, both finically and medically but I do think the Aberdeen supporters have stepped forward by buying season tickets and showing that they are there behind the team.

“We want to try and make sure that we have plenty speed and pace about the team. We want to have a team at home who the supporters want to come and watch, we said that when we first came in. Last season was a challenge and it wasn’t the most enjoyable season. We need to get back to being a strong home team and hopefully once we do get the crowds back into Pittodrie we can see the evidence of that.”