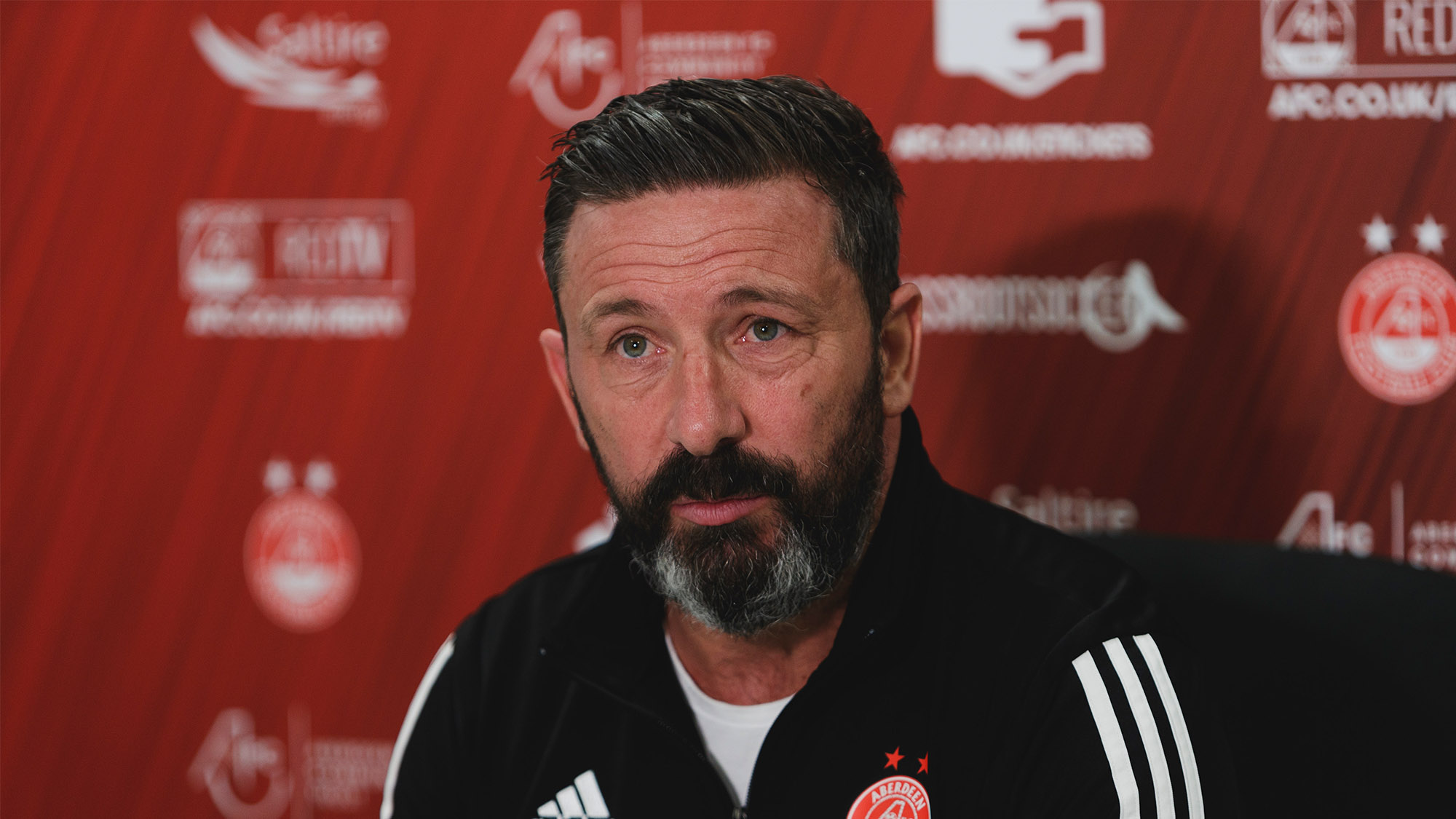 Manager Derek McInnes spoke to the media at 2.00pm on Thursday as part of his pre match press duties. He was first of all asked about the coronavirus:

“It is dominating everything.

“Over the last few week’s it has become more of a concern.

“As it stands the game is going ahead tomorrow and we will just carry on until we are told differently.

“The safety of the players, the fans and in general how we keep a lid on it has to be a priority for everybody on a daily basis.

“Any sporting event or event where there are going to be a lot of people coming into contact with each other, these are the things that are at risk and football is no different.

“We will just have to deal with whatever the outcome is. Depending on who you listen to, the likelihood of some sort of implications is coming. When it comes, nobody knows but it seems it will affect every walk of life and football is no different.

“I would prefer the fixtures to be played and I think the supporters would.

“However, we are here for the supporters, they have paid their money and they want to see the team play. It would be good to get the fixtures played and ideally with supporters there. If we can’t then hopefully, we can still get the fixtures to be fulfilled because there are a lot of meaningful games to be decided over the next few weeks.

“Wherever TV channels become involved or through Red TV and being able to stream it, I don’t know. Supporters want to see their team play. A lot has still to be decided for us and every club is the same.

“There is a lot riding on how the season plays out.

“I would rather the season is completed but I wouldn’t want supporters denied the chance to see the games. If we can’t get them live hopefully we can find ways for the next best thing.

“It is natural that it is the most dominated conversation. Once you get your boots on and you are out on the training pitch, the focus is just on what needs to be done. The focus is on the game tomorrow. We have got a job to do and get three points to try and win for the club. We know the importance of the game.

“When people are dying from a virus, of course it becomes so important and it is only natural that it dominates conversations.”

To watch the conference in full please click on the red button.