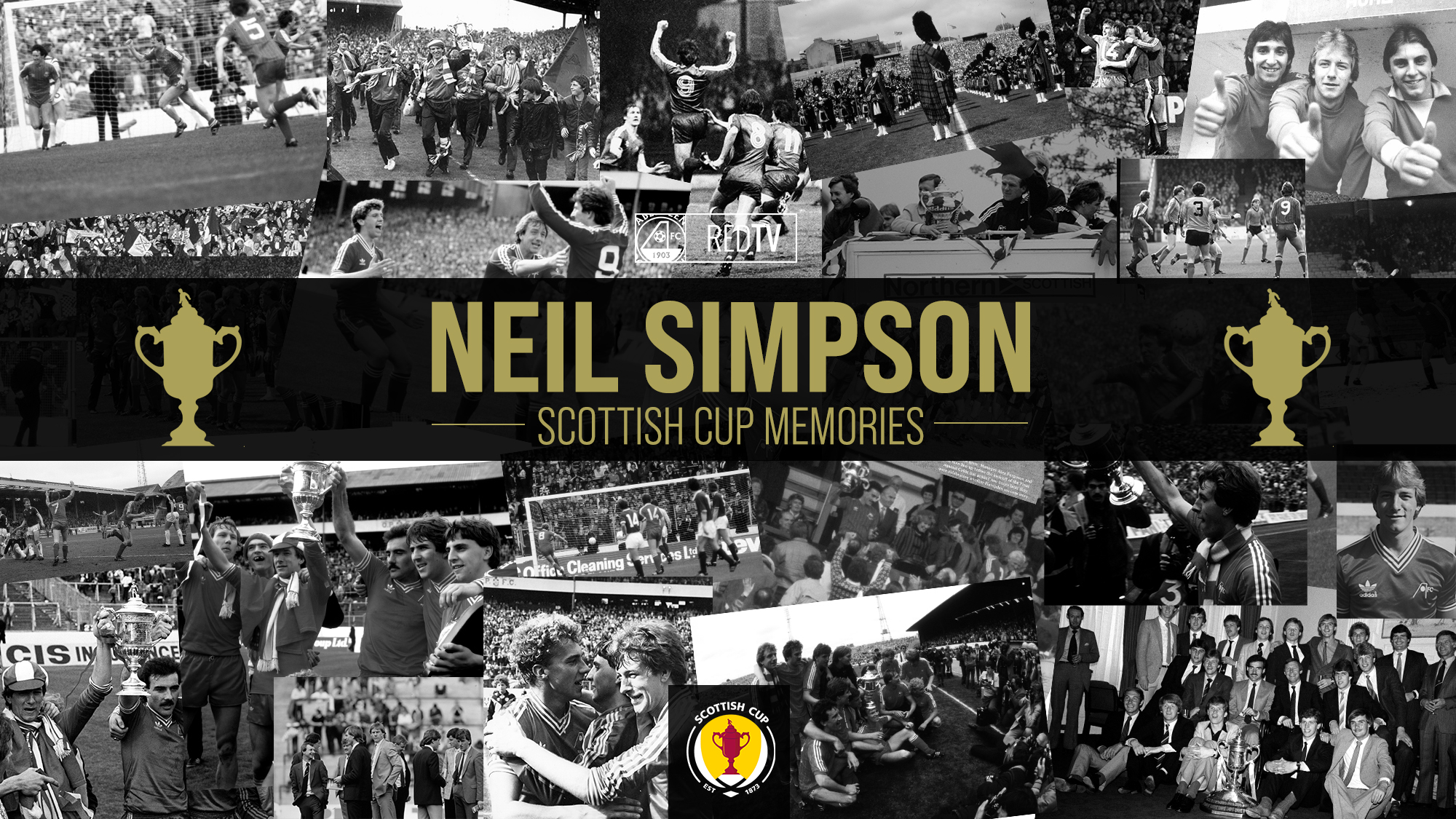 Neil Simpson’s Scottish Cup story is a fairly incredible one, having made his debut against Celtic in the fourth Round in 1982 and then going on and winning three trophies in a row. He did not taste defeat in a Scottish Cup tie until the semi-final replay against Dundee United in 1985. There followed some titanic struggles against United in the late 80s before Simmy played his final Scottish Cup game for the Dons in 1990 against Partick Thistle. With the help of some memorable images from the Red Matchday magazine archive, Neil looked back at some of his cup highlights and favourite memories on RedTV this week. To watch the feature please click on the red button.