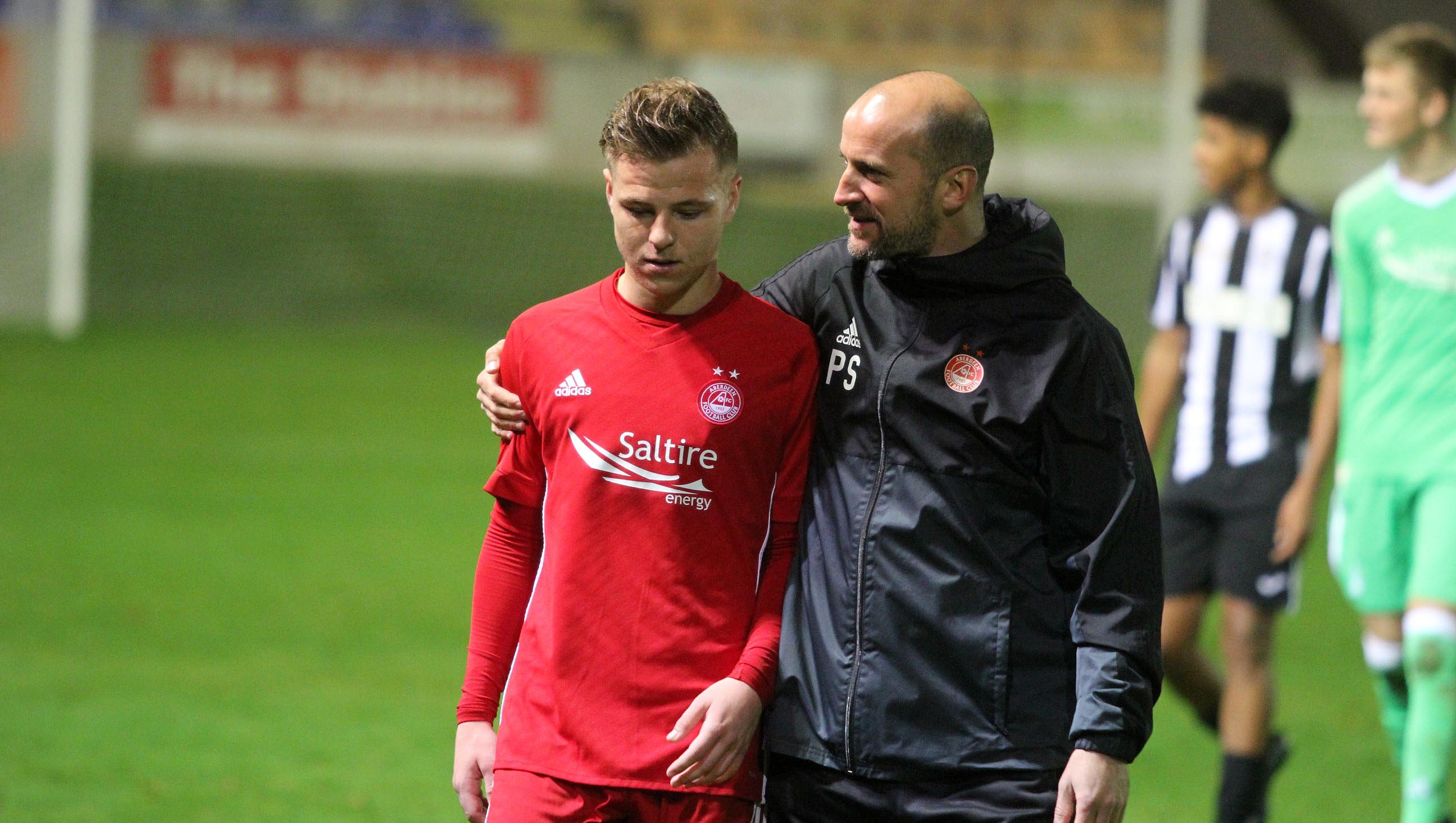 Paul spoke to RedTV in Brechin after the young Dons 4-2 win over St Mirren on Tuesday night:

“I thought first half we did not get near to the standards we set ourselves.

“I was really disappointed by the way we went about our work. Probably at 1-1 you think you’ve got out of jail and then we lose a goal straight after we scored so I was frustrated with the first half performance.

“Credit to them in the second half.

“We asked for more forward runs and a bit more intensity about our work and I thought we got that.

“We probed and probed and created chance after chance. I still thought we looked a wee bit vulnerable at times and that comes down to concentration sometimes in terms of when we go forward defenders have to be a bit brighter and think about defending first and foremost.

“As frustrated as I was first half I was much more pleased with the second half.

“Yes they were down to ten men, but it still doesn’t excuse the fact that there was a willingness to get beyond them and behind and we did that so much better. Half time probably came at a good time for us.

“He (Seb Ross) has a chance before his goal that the ‘keeper saves and one that hits the post. He’s got an incredible knack for getting into good areas. “Last week at Airdrie we got ourselves into good areas and our final ball wasn’t good enough, but I thought it was so much better in this game in terms of crosses in the box, bodies in the box so that was pleasing from that aspect as well.

“That willingness to get in behind them in terms of working the back four they all did that and I thought all the forward players were great.

“I was pleased for the boys ultimately. I know we want to be positive and yes, we finished on a high by winning the game, but we should learn from the first half. That wasn’t good enough unfortunately.

“You feel when Frank (Ross) is on the ball you’ve got a wee chance and he’s got another couple of assists on top of what he did in this game. He’s quality going forward and I had a pop at him at half time for not winning enough second balls and playing too far ahead of the ball.

“His quality is never in doubt and it’s just the other side that we have to harp on at him about, he has to get better at that but he knows that. Technically going forward he is excellent and he will create you chance after chance and he keeps chipping away with his goals.

“Daniel (Harvie) scoring with his right foot, which was nice added bonus! He took his goal well. That’s 45 minutes under his belt and we will keep building him up and hopefully he will respond to that ok.”