Paul Sheerin did the pre-match media conference on Thursday lunchtime: 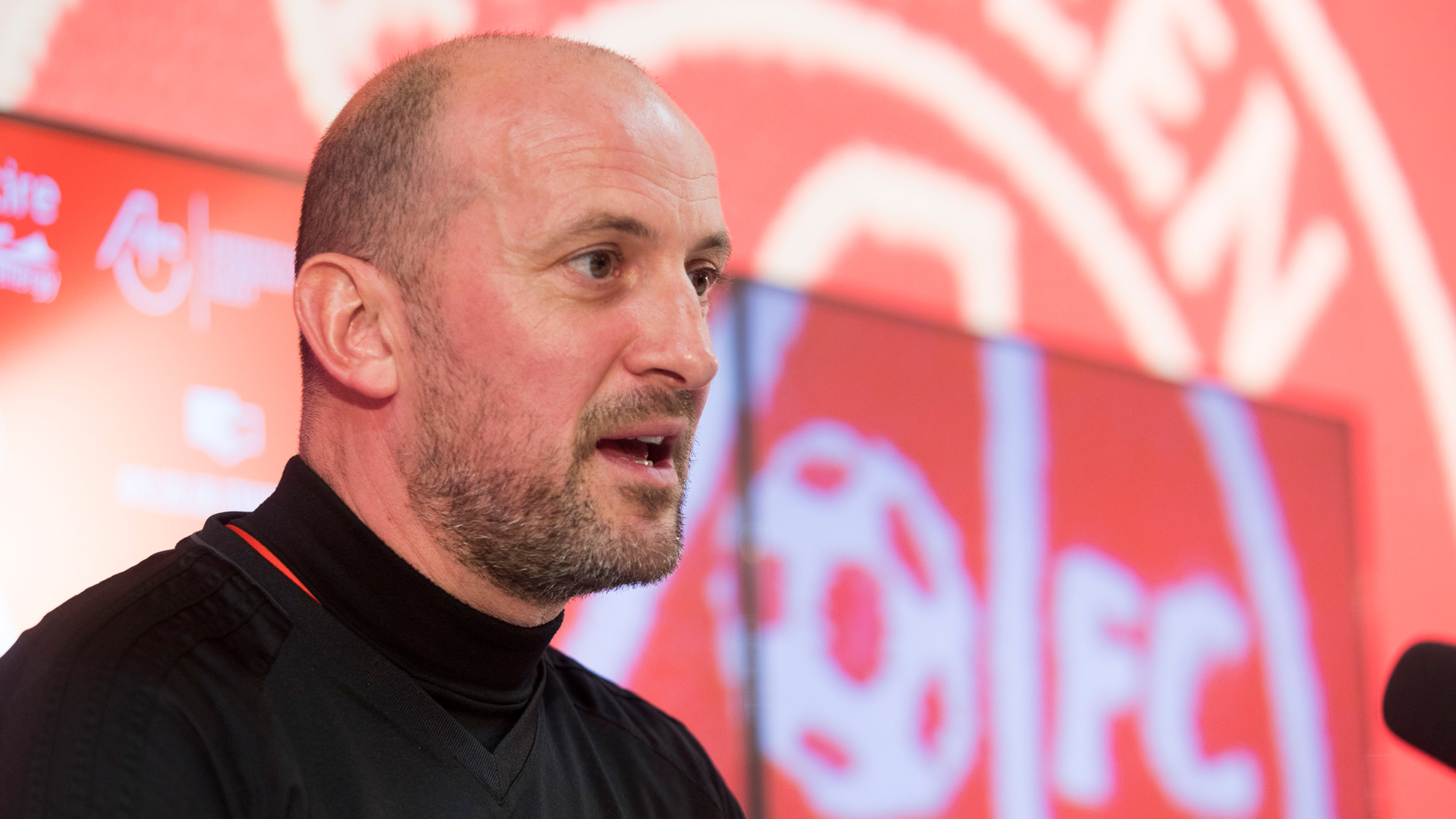 “I think it has to be business as usual.

“We have to prepare as best we can for the game and there’s no way of getting away from that. There’s a game to play, we need to make sure the players are right and hopefully they are that. They seem relatively relaxed about the situation and it’s the nature of football. It’s not an ideal situation, but it’s a situation the players will just get on with.

“Myself and Barry (Robson) have been dealing with training the last couple of days, so the likelihood is it will be myself and Barry to continue to take team matters until such time we’re asked different.

“I’ve been in touch with Derek.

“He’s obviously asked how training’s been and how the players are doing, but it’s only been with regards to training and the game tomorrow. There was nothing spoken about his situation and it’s none of my business. Derek will make his decision in time and we’ll adhere to whatever that decision is. He asked us initially on Tuesday night to take it and we’ve done that. We’ve relayed back that the boys have been fine in terms of their training. We’ve been given a blank canvas to deal with.

“We have to prepare for being there tomorrow as much as we can. We’ve got to be in place to make sure that we’re doing that. As it stands we’re preparing for a game tomorrow. Myself, Barry, Gordon Marshall and Scott Anderson are all doing that.

“I’m fortunate that I’ve prepared for plenty games in my time, granted with the greatest respect at a lower level. I’m still involved at U20’s level so the Club have asked me to do this and until such time I’m asked differently and will do it to the best of my ability.

“It’s not been ideal. I think the timescale has been the biggest part of it and now the uncertainty over the last couple of days means it’s not been an ideal situation, but its one we’ve got to deal with. The players are quite upbeat throughout the uncertainty and we just continue to work as best we can.

“We like to think it won’t affect the players, but there is a subconscious side of it that must. It’s not an ideal situation so as much as they don’t want it to affect them, I’m sure to a certain degree it will.

“The Dundee game is going to be difficult. They’re doing well, scoring goals and are positive in their play. We know it will be tough, but we just have to prepare as best we can and will look to win a game of football.

“The whole situation needs a reaction. The players will be desperate to put the “so called” sideshow to one side and put in a performance. They’ve been upbeat and hopefully they’ll take it in the match tomorrow. There will be nothing major in terms of me coming in and doing anything rash. It will be business as usual. Greg Tansey will be out and Gary Mackay-Steven and Stevie May are 60/40 against.”