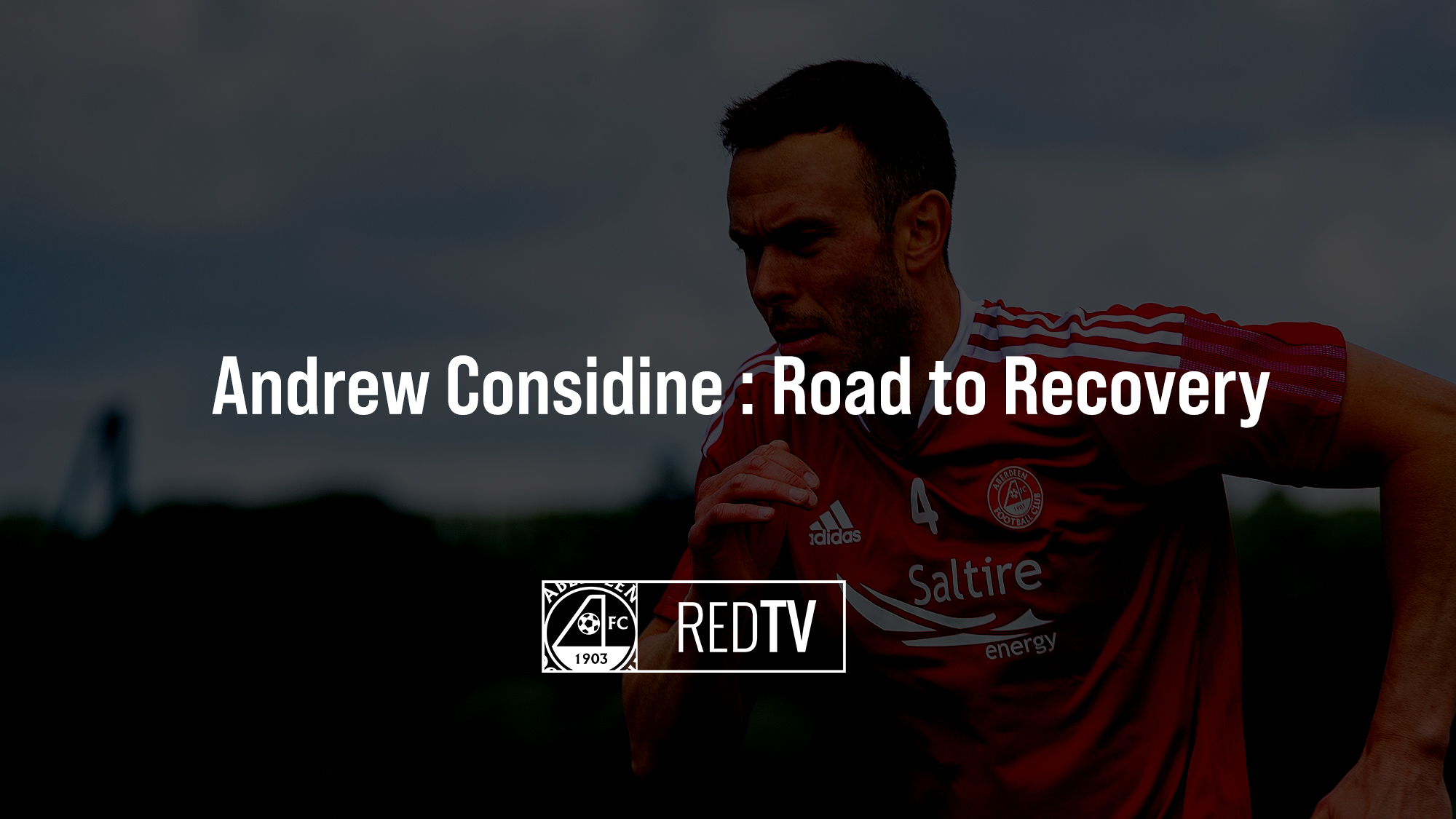 Back in August of this year, Andrew Considine ruptured his ACL playing against Qarabag in the Europa Conference League qualifier in Azerbaijan. Since then, the Scotland international has been working tirelessly at his recovery as he looks to return to the Aberdeen side

Over those five months, the media team have put together a feature documentary charting Andrew’s road to recovery.

Special access was granted to the AFC medical team at Cormack Park to document Andrew’s journey, and the video gives an insight into some of the work he has been doing and what he has had to go through.

As well as an in-depth chat with Andy, Head of Medical and Football Science Adam Stokes gives his expert analysis.

In Part 1, Andy relives that fateful night in Azerbaijan and talks openly and honestly about the mental challenges which he has had to overcome in facing such a long time on the sidelines.

Our thanks go to Andy and Adam for their help and assistance in putting together a film which will hopefully help give supporters a better understanding of what a professional football player has to go through when trying to return after a serious injury.

Look out for Part 2 on RedTV next year.