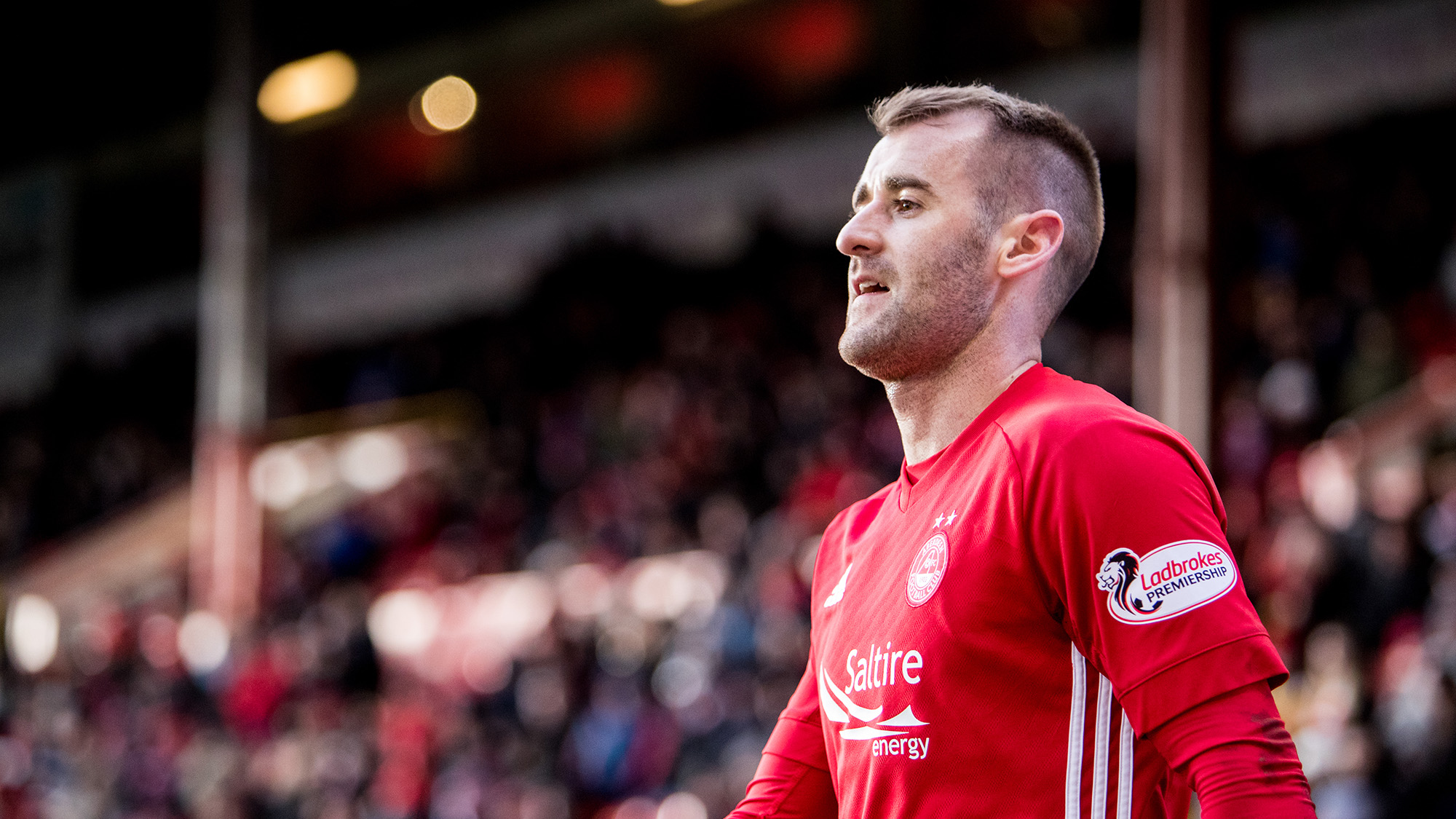 Niall spoke to redtv, available on the red button, and also spoke to the Sunday papers before he headed off to meet up with Northern Ireland.

“It was a difficult afternoon, but it was one of those ones, that if you come away with a scrappy 1-0 win, you’ll happily take it.

“Before the game the manager said to us that the most important thing was getting the three points and to build on the momentum from the Scottish Cup game. We wanted to keep the clean sheet and get a few goals at the end. We got plenty of crosses into the box and created a few opportunities.

“We knew it was going to be a difficult afternoon with Dundee coming off the back of a bad result, they will have wanted to come up here and be hard to break down and get us on the counter attack.

“It’s very difficult, it’s one of those pitches where you can only run with the ball at the right moments. You need to get the ball in behind the opposition and create chances that way. It’s difficult for both teams, obviously the swirling wind did not help matters either. But if we are picking up scrappy 1-0 wins at this stage of the season then we will take them.

“I’ve been involved in a lot of bad pitches in my day. You just have to deal with it the best you can. The pitch obviously hasn’t been great for most of the season but hopefully it can get some time to rest. Even though we don’t really get the weather to allow it to recover. But if we keep winning we will just worry about the wins rather than making excuses about the pitch.

“All in all, it was a decent weekend for us results wise.

“Any opportunity we get to close the gap is always important. But we only ever focus on ourselves. If we keep picking up results we know we will be there or there about’s.

“When you go into an international break with a win it’s a lot easier for the players, fans and the manager as well because you obviously go away for a bit of time and don’t have a club game for a while.

“There are a lot of boys involved in international games. It’s good to see McKenna, Christie and McLean in the Scottish set up as well as Arnason with Iceland as well as the younger boys at U21 and U19s.

“There is a lot of good talent here and that shows with all the boys getting called up to the national teams.

“For me, it’s interesting that South Korea are coming to Belfast, but they’re an international team that are always involved in World Cups and you want to be playing against the best. Hopefully if I get the opportunity to play or come on, I’ll enjoy that, but it’s just great to be part of it again and great to be involved with the international set up and that can help my club football as well.

“It’s a results-based business we’re in so if we’re picking up results and it’s putting us in a good position in the table then we’ll take these results all day long.

“I think the most important thing was to get the three points no matter the scoreline after a good result the other night against Kilmarnock. All in all, it’s been a great few days for the club and with the results going our way elsewhere it’s a great three points and there was also another clean sheet to go into the international break with.

“There has always been pressure here at Aberdeen. There is always pressure on us getting second spot as well as getting into semi-finals and finals. We are at a good stage now, the important thing for us was getting through that Kilmarnock game and into the semi-finals. It was great to get the victory today to top off a good week for us going into the international break. We will go away and enjoy some international football and some time off. Then we will come back, regroup and get going. It’s going to be a busy period when we come back, we’ve got St Johnstone here then Motherwell and Hearts, then the cup semi-final as well so there is a lot to look forward to.”