Niall’s back and raring to go 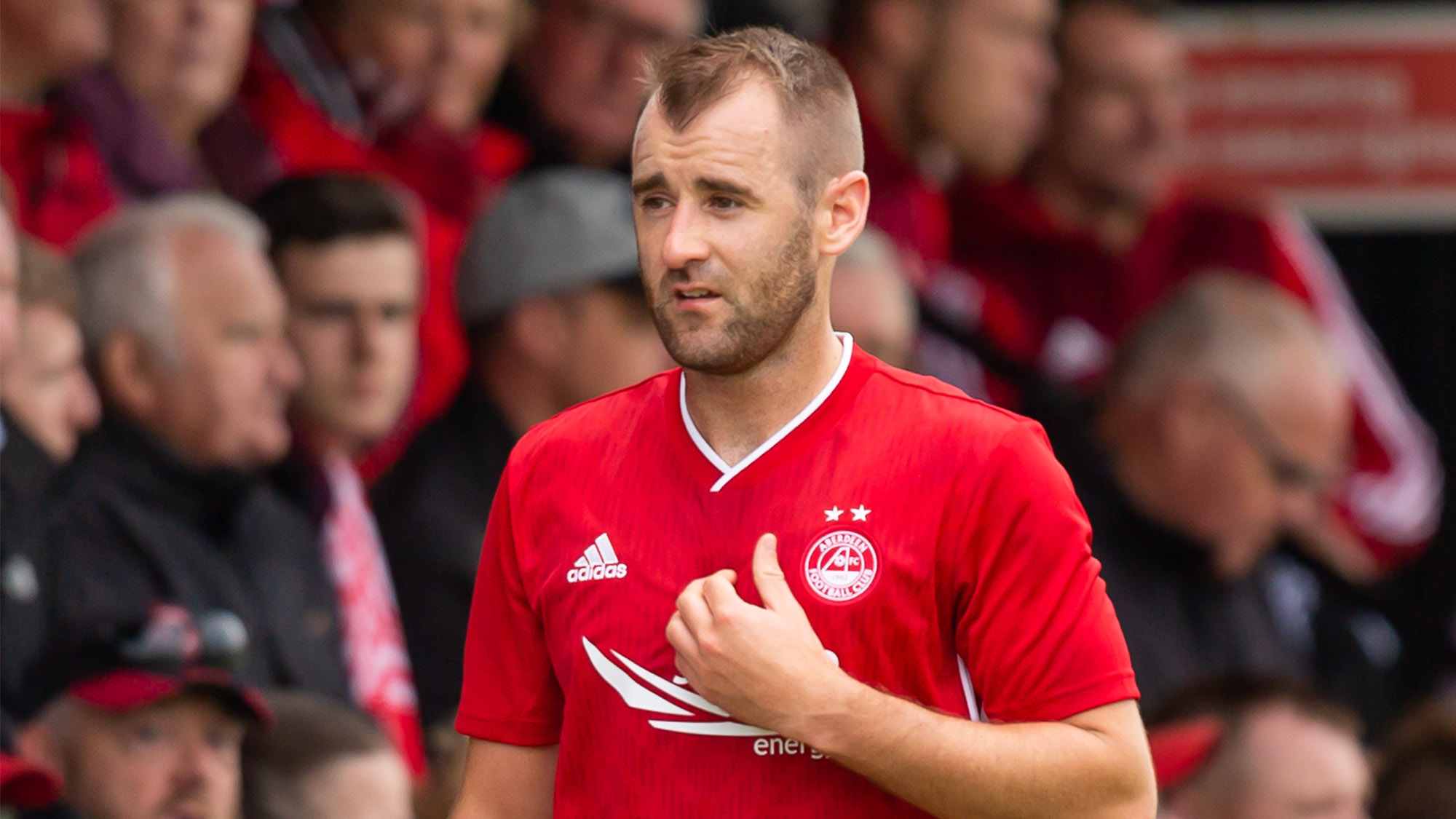 He is back, well ahead of schedule.

Niall McGinn returned to action on Saturday in the 1-1 friendly draw with Inverness Caledonian Thistle and has declared himself fit and ready for the Dons Europa League tie on Thursday night.

The Northern Ireland international was recovering from ankle surgery over the summer after damaging ankle ligaments in training the week of the Scottish Cup semi-final.

“The squad is coming together nicely but I’m 100 per cent ready to play.

“It was a great feeling to be back out there.

“I had the operation nine weeks ago on Thursday so I’m probably ahead of schedule, which is pleasing for me. I’m just delighted to be back on the pitch and in amongst the boys again.

“I’ve been walking up and down the hills at San Francisco and cycling the Golden Gate bridge.

“I had a good two weeks off, a bit of downtime for me after the operation.

“I was working my way back into the team and working on my fitness.

“Everything is on schedule which is pleasing and the important thing was getting some minutes on Saturday before the big game on Thursday.

“I’ve been in these situations before and it’s a big game. European games under the lights at Pittodrie are always games I’ve enjoyed.

“Looking back to last season and the atmosphere at the Burnley game, it’s games like that you want to be involved in.”