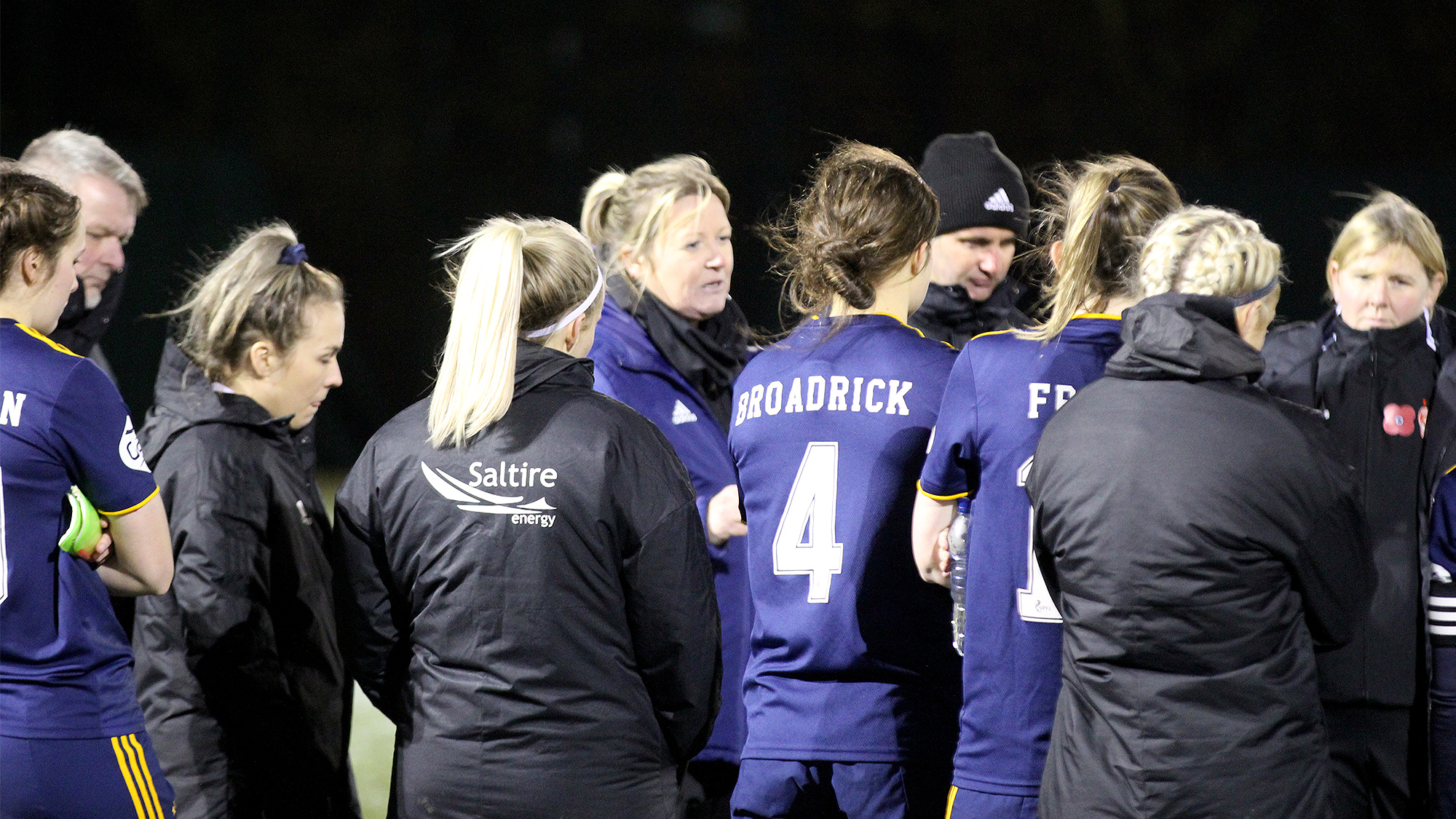 AFC Women’s Co-Manager Emma Hunter spoke to RedTV after the 4-3 defeat to Motherwell on Sunday in the SWPL 1. To watch the interview in full, plus highlights of the game from Strathclyde Park, please click on the red button.

“Obviously hugely disappointed with the performance, particularly in the first half. I felt like we let three really sloppy goals in one after the other. We didn’t really manage the game effectively and from then we were always trying to find a way back into the game and it was an uphill struggle. I think if we could have grabbed a second goal and taken a couple of chances in the first half and maybe gone in 3-2 at half time, we might have got something from the game.

“We’ve won that second half 2-1 but it was just a little too late. We had a couple of chances to get a draw but it wasn’t to be.

“For me there is a lot for us to learn.

It was like a cup final, you could sense it as well, it was quite a nervy game and it became quite scrappy. The three points were important to both of us and I’m just disappointed we didn’t get them.

“We showed a lack of experience (conceding three quick goals) and in SWPL1 you have to learn quick and fast. Unfortunately, we didn’t learn from even the first goal. I felt Motherwell came with a game plan to try and press us really high up the pitch and put under pressure when we were trying to play out from the back. We were overplaying it and fell into their trap three times and that’s unacceptable. We need to learn, first time that happens, just make sure you defend and get the ball forward and make sure you steady the ship. We didn’t do that and unfortunately, they are going to have learn the hard way. The effort you can’t fault, but if you make mistakes like that with your defending it makes it really hard. 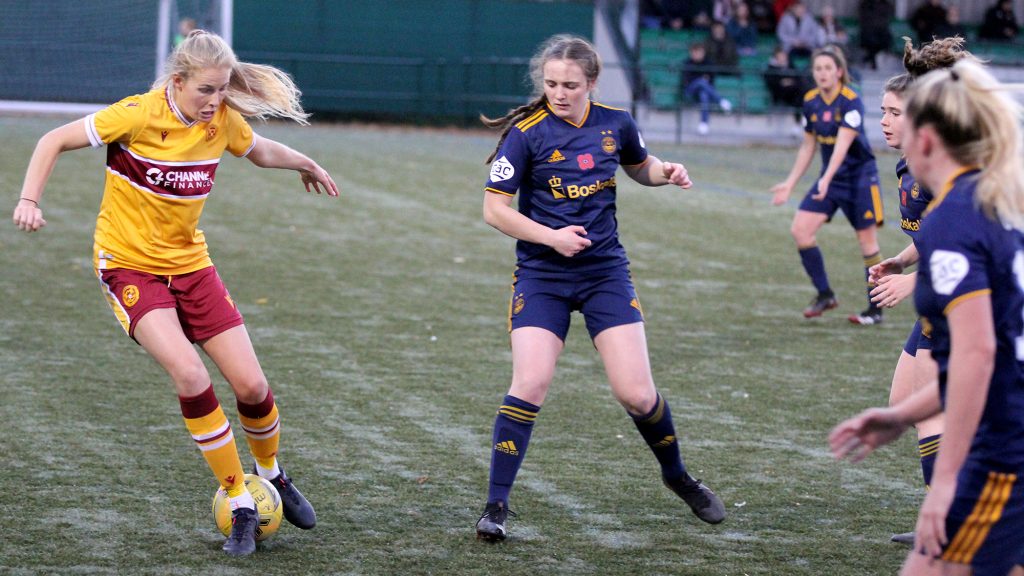 “Motherwell have got a lot of experienced players in their team. I think Leanne Crighton really helped them control the game and it was almost like having a coach on the pitch.

“It was good to get Kelly (Forrest) back out on the pitch. When she went on you could feel that it settled us a little bit, just having that experience in the team. Donna (Paterson) brings that as well and Jenna was injured on international duty. I don’t think we’ve had a steady back four for a long time now. But no excuses anyone that we put out on the pitch should be able to perform and work together to make sure they defend well. We need to work on that and try and work on getting that back four connected a bit more and that includes the goalkeeper as well.

“We can’t be too nice about it- we’ve lost a game that we really needed to go out and win and we said that at the start.

“But they have to take that on the chin. It’s important that the players know this was three points lost and the defending wasn’t good enough. They were told that, it was poor and it needs to change. If we don’t do that, we won’t win games. But then you always have to be mindful that this is a new experience for them, we are learning all the time.

“We’ve just got to pick them up- this next game against Celtic is another that will be really tough. You’ve got to just pick your head up and get on with it.” 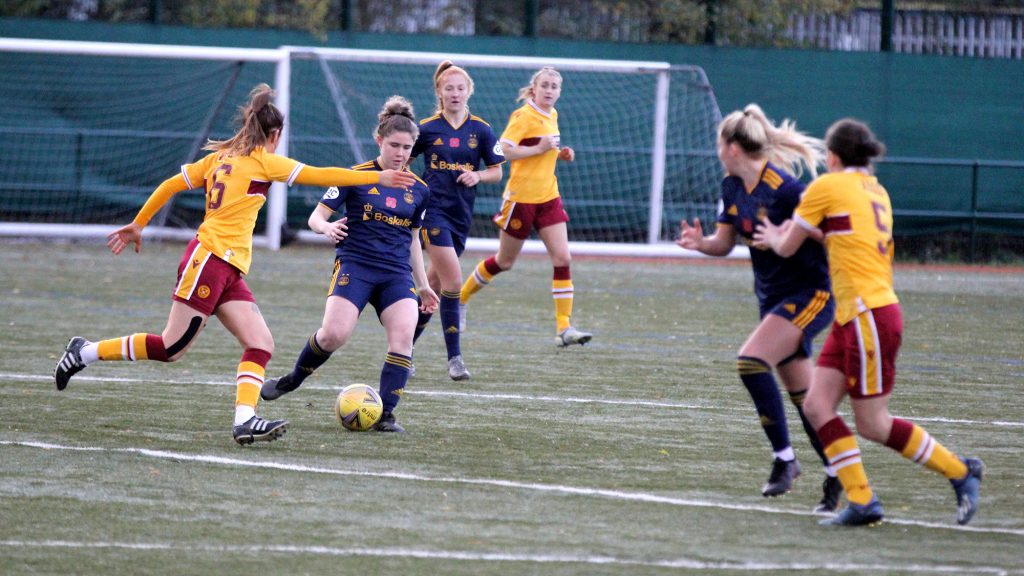