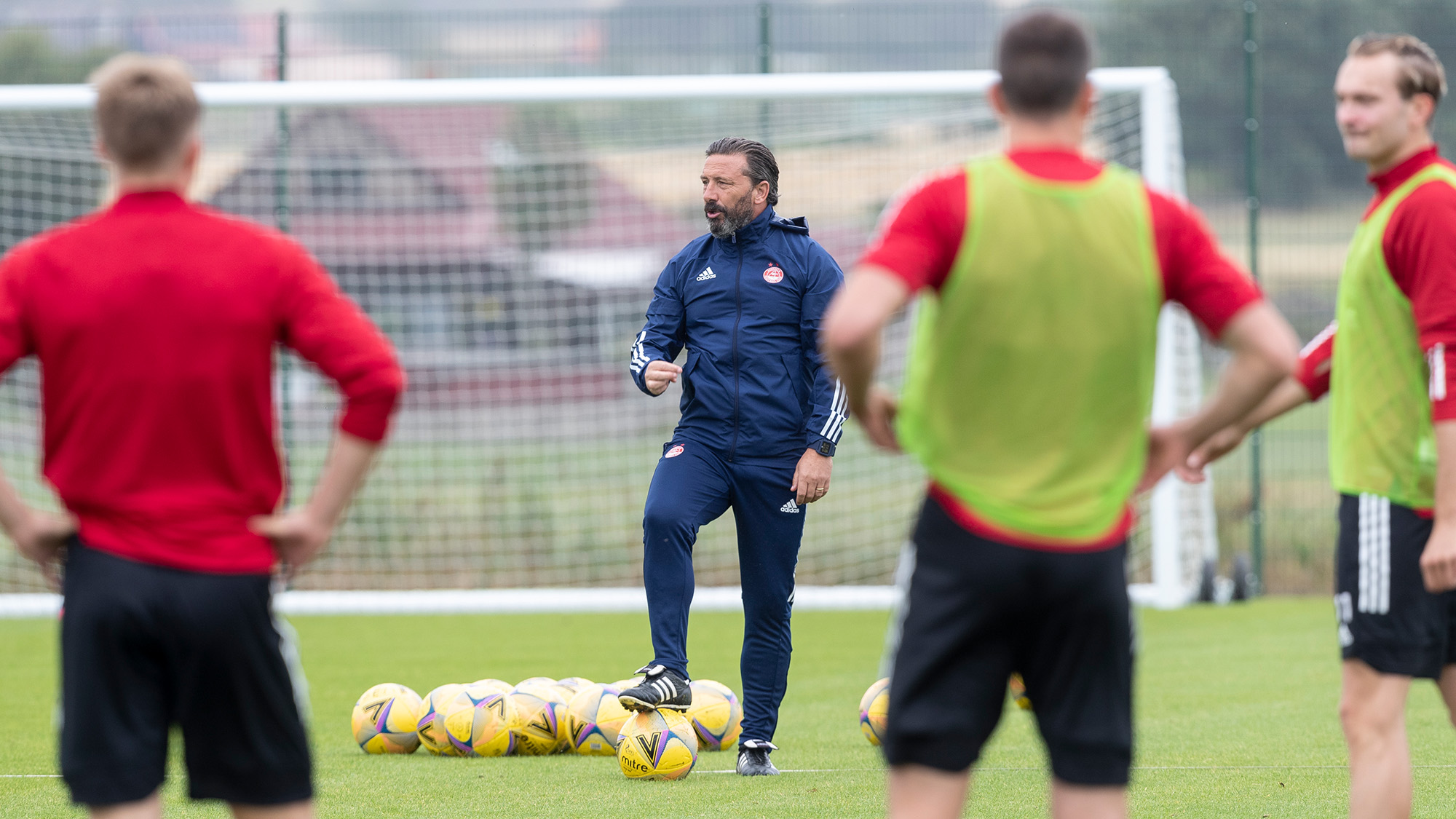 The manager joined Rob to look ahead to a busy spell at the club and gave an update on the injury situation, where there was some positive news this week:

“We had good news with Sam yesterday as everything is healing as we had hoped, and he will now step up his work and we will see him on the training pitch in the next couple of weeks. We just need to make sure that we don’t throw too much work at him, but we can now say with confidence that we hope to have Sam back and ready to play in four to five weeks’ time.

“Ryan Edmondson has been down at Leeds doing his work down there but has been in constant contact with staff and players and it is like he has never been away. He is itching to get back. Based on what he and Leeds are saying we could have him back in the next two to three weeks.

“The season has been very stop start so far. Just as we were getting some rhythm and players were getting up to speed and finding their feet then we could have really done with the games continuing.

“We have just got to try and pick off from where we left off. To come through the four games before the international break with four victories is pleasing and it gives us an indication of what we are capable of.

“Each of the four games presented their own different challenges. St Johnstone were ahead of us in terms of fitness and games and you never get an easy game against them. We matched up with them and went 3-4-3 because we wanted to make it about individual battles and to stay in the game. At the very least we wanted to get our point and maybe nick a victory and thankfully we got the three points.

“Livingston at home is always a tough game and we managed to play some good stuff in the game. We didn’t get a 90-minute performance but when we were good, we were very good and we managed to score in that period.

“Runavik were a better side than the score line suggested. I felt that going into the game that we had to do a lot of things right, in terms of our professionalism and our work rate, which it was. It is always good for players and supporters to have a game like that.

“Hibs is always a tough game at Easter Road, we weren’t always sparkling but we got the balance right between defending and attacking. There was a lot to be happy with in that performance. It finished off a little period of games that were very satisfying.

“We try and keep things balanced. When the scrutiny was on us, we had disappointing opening game and everything that had happened over the last few weeks, it was important to stay calm, looking at the league table can make you feel rotten about yourself but you have to stay calm and remind yourself that we will get to play these games and catch up. I am delighted for my players that they have the focus, togetherness, the motivation and the level of performance in those games to knuckle down and get on with the job.

“That is what is important for me, don’t let outside pressures or factors have an impact, just deal with what is in front of us. Everything is not rosy in the garden because we have won four games, but what it does do is give you that platform and it gives you confidence and encouragement. The feeling of what we have had in the last four games is what we want to have going forward.

“Professionally as a staff or as players, winning cup games and getting three points is what it is all about and concentrating on those improvements and replicating that feeling time and time again.

Competition in the Squad

“We are a lot closer now fitness wise, we are getting into a bit of a rhythm, we have got good competition and are getting players back from injury.

“Having competition in the squad is going to help us this season. You can see the numbers in the squad starting to swell as we get bodies back and players are not daft, they can see that. I felt last season because of the amount of injuries we had, predominantly in the one key area, I felt like a lot of the time that players knew they were going back in and they were picked because that is what we had available rather than down to performance.

“I am excited, encouraged and take confidence by the strength of the squad for this season. 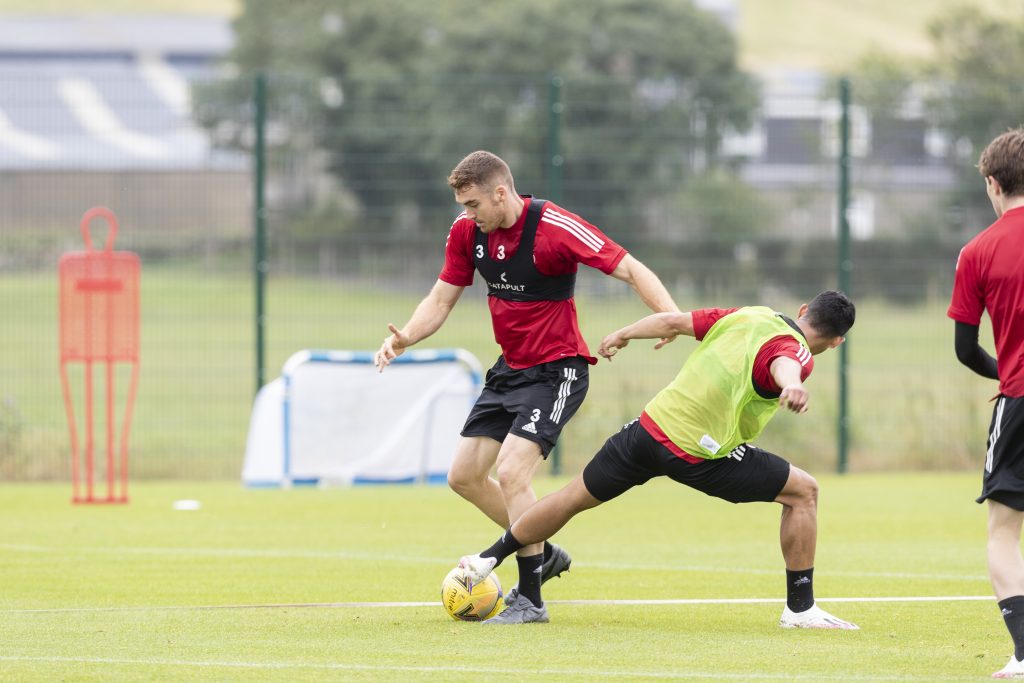 “I am so proud of Scott McKenna; he has had two tough games for Scotland to deal with, but he has come through them and he now has 16 caps for Scotland as a young player coming from Aberdeen. I am so proud of him and it should not be lost to any of us. He represents the club so well when he goes away, and I thought his level of performance over the two games was very high.

“There are a lot of similarities between Ross and Lewis in terms of their personality. They are very driven individuals and have both arrived here through different ways. The biggest thing for me is that they both saw Aberdeen as the right stage for them and their careers. Lewis has been with us for a couple of years now, we know what he gives us every week and we hope Ross will do something similar and the evidence is there from the last four games.

“I think Marley Watkins has been such an important signing and has really helped matters and I am so grateful for getting him in because of the situation that we were in with our no.9’s. Although Marley hasn’t scored yet you can clearly see how much of an effective player he has been for us.

“We were in a position against St Johnstone where we had all four of our strikers out and we had to play Ferguson up front. We are now in a position where Marley has come in and settled that position down, Curtis is working his way back, although he cant play 90 minutes at the moment he can still make an impact and young Bruce is available again.

“All of a sudden we have good, strong options and that is going to be critical with the games coming up.

“Miko Virtanen has done really well down at Arbroath last year. We were keen for him to come back and show us throughout pre-season and the early part of the season that he had moved on and become part of our squad. The intention with him last year when he signed a two-year deal was to go out on loan for the first year and get his games and for the second year to push on into our team.

“For one reason or another, he has had a couple of wee injuries that have pushed him back, we have good options in midfield and Arbroath were on the phone to us constantly trying to get him back. We sat down with Miko last week and we both felt it was for the best that he continued to get those games and we have the recall option in January if we need him.

“Michael Ruth committed to a longer-term deal before he joined Arbroath on loan because he is part of the plans long term. Getting a good Championship move to Arbroath will be good for him and hopefully he will have as much as an impact as Miko had last year.

“To get six goals in any game is pleasing and obviously Ryan was the talking point afterwards because he got his hat -trick and the impact that he made in the second half. It was great to see that contribution.

“When we have been at our best, we have had wide players who can always contribute; Hayes, McGinn, Mackay-Steven, these are boys that always get into double figures. We are looking for that from Hedges, Wright, Hayes, McGinn and Kennedy, we are looking for them to push their numbers up this season. Scoring six goals shows us what can be done. 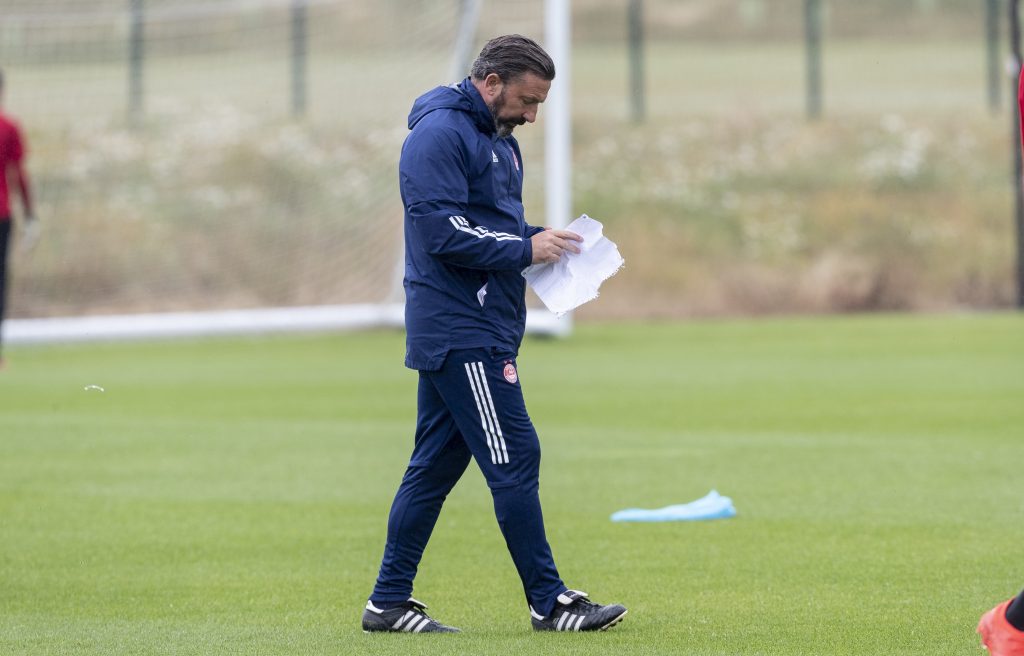