Interview with the Dons new signing 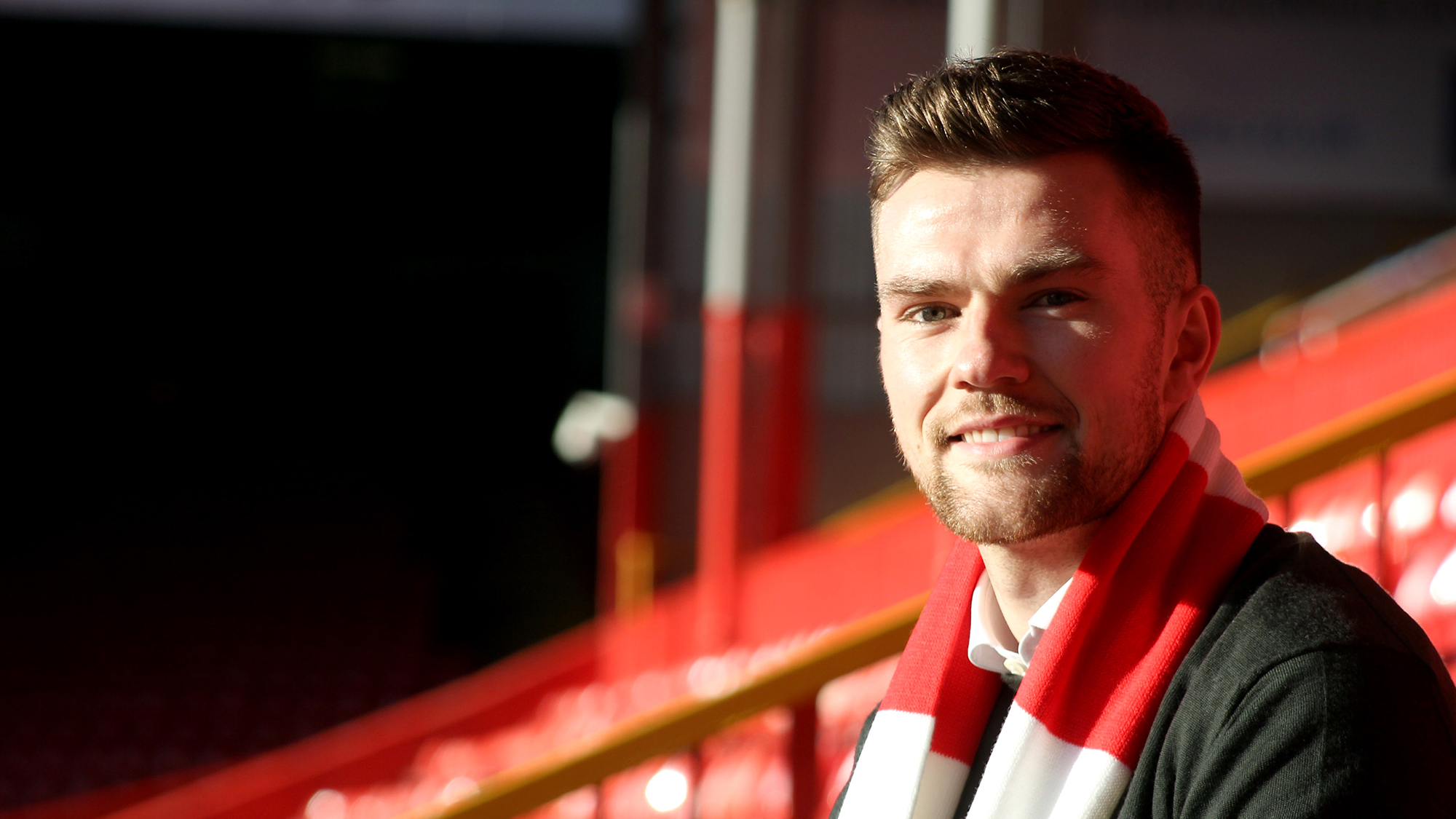 “To be honest the manager didn’t have to do much to persuade me to come to Aberdeen.

As soon as I aware that there was interest, I was hugely excited at the prospect of coming back here.

The manager spoke to me and said that he had big plans for both myself and the club if we could make it happen, and that was enough. He was really positive and encouraging and I think at this stage of my career it is a fantastic move and I couldn’t wait to get the opportunity to come back here.

“Another couple of months hopefully and I should be ready to play.

“February or March was the estimated return date to playing so I’ll continue to work hard and I looking forward to teaming up with the medical staff here.

“I’ve had a chat with them and I’m really confident they’ll get me back in good shape and ready to play for the club.

“I am really eager to get started, get working hard and get myself back out on the pitch.

“So I am delighted to be here to contribute to that and as I say I just can’t wait to get started.

“The likes of Adam Rooney who I’ve directly played against and Stevie May who was a teammate of mine when he was on loan at Hamilton a few years ago and scored a whole load of goals which were massive for us at the time. So I know Stevie well and he’s kept in touch throughout. He had a similar knee injury to myself and I got a message of support from him when it happened so we’ve stayed in touch. Mark Reynolds is a family friend as well so there’s a few guys I know and a few familiar faces in the changing room.

“I’m desperate to get back fit and playing and enjoying my football again. I am very grateful the club have given me the opportunity so over the next few years it’s all about work hard and kicking on and trying to progress as much as I possibly can for this football club.

“Delighted to be here and delighted to get the opportunity to get back playing again.”