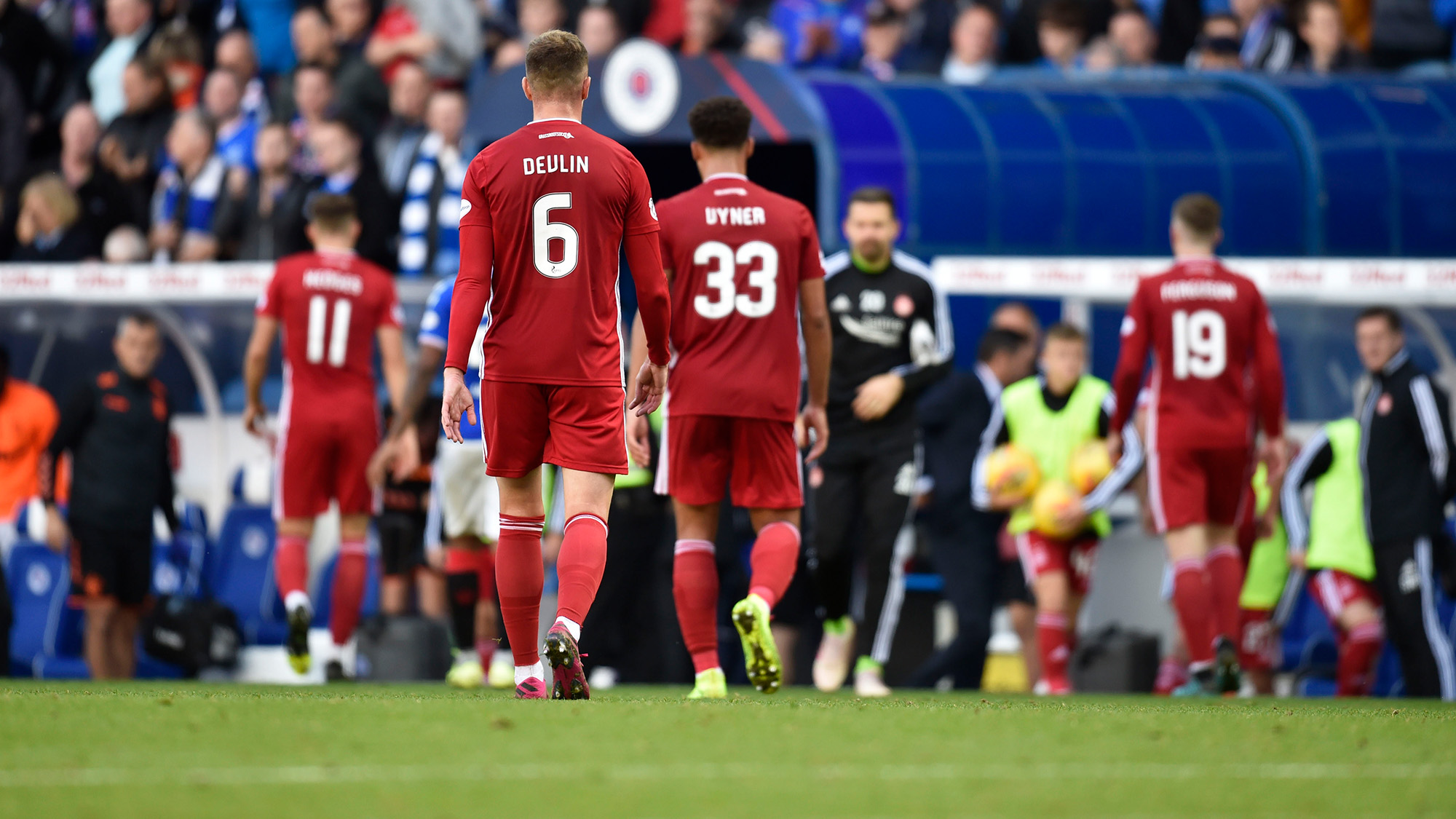 Michael Devlin was the player who spoke to media after the game:

“We as players need to look at each other in the mirror and take responsibility for what was an abysmal performance.

“There is a certain level of performance that is expected from the manger, the supporters and the club.

“Today we never got close to that.

“Alright, you are playing against a good team, but we had a good team out there, we had good players out there and not enough of us today done the basics right and I think that is what hurts the most.

“I think that is what will hurt the supporters, the basics were not there.

“We went to extra time during the week and we had some key players out and then we lost Andrew Considine at lunchtime with a sickness bug which forced the manager to change the team and the tactics; that is not ideal but as I say when you look at our team there were enough good players there that should have put on a better performance and this game should have been a hell of lot closer that it was.

“In the first twenty minutes there was not too much in the game, ok they had a bit more of the ball but I did not think they were causing us too many issues. We knew that was the pattern the game was going to develop into but we still felt given our quality and the pace we had on the counter we could cause them an issue and if we could get hold of the ball. Looking after the ball was crucial but after they get the first goal the game fell into a pattern that was totally against what we hoped for and quite frankly it was not good enough.

“Basics are required when you play in games like this.

“The basics are that you get close and you fight, you make tackles and you stop people playing but we did not do that nearly enough today.

“When you play against a good team that has got good players they will punish you if you don’t do that and Rangers certainly punished us.

“I can only speak for myself, the fatigue (from Wednesday night) is not ideal preparation but I do not want to make an excuse because excuses are not going to help us as a team get over what happened today and learn from it.

“It was not good enough, that is the bottom line.

As I say there are basics that are a fundamental of playing football.

“Principles that you go and set about doing. The manager asks you to go and represent the club, the city and the supporters and we were miles off doing that today.

“And that is what hurts the most.

“Coming here, such an important fixture for the club, with the fans supporting us in great numbers, it was not good enough. Last year we really gave them something to cheer about when we came here but today was shocking at times.

“Really really disappointed with how the game went.

“I don’t want to make excuses for that and we need to pick ourselves up because we have a big game for this club against Hibs next week.

“We are going to analyse where we went wrong and what we could do better, that is going to take a while but we will certainly have to be better next Saturday and I can promise everyone that we are going to work ever so hard over the coming week make sure we try and get a result.

“The manager spoke after the game and made us well aware – not that I think anyone needed to be told – that that was not good enough for this club.

“At times in the game he looks for character and looks for personality and I am not sure there was too much of that to found.

“That is not acceptable.

“That starts with me, I will look at myself and know that it needs to be a hell of a lot better.

“There is no getting away from that and as a changing room we will all do that over the next week and if any of us are selected next Saturday, we will try and use that to take the game to Hibs.”