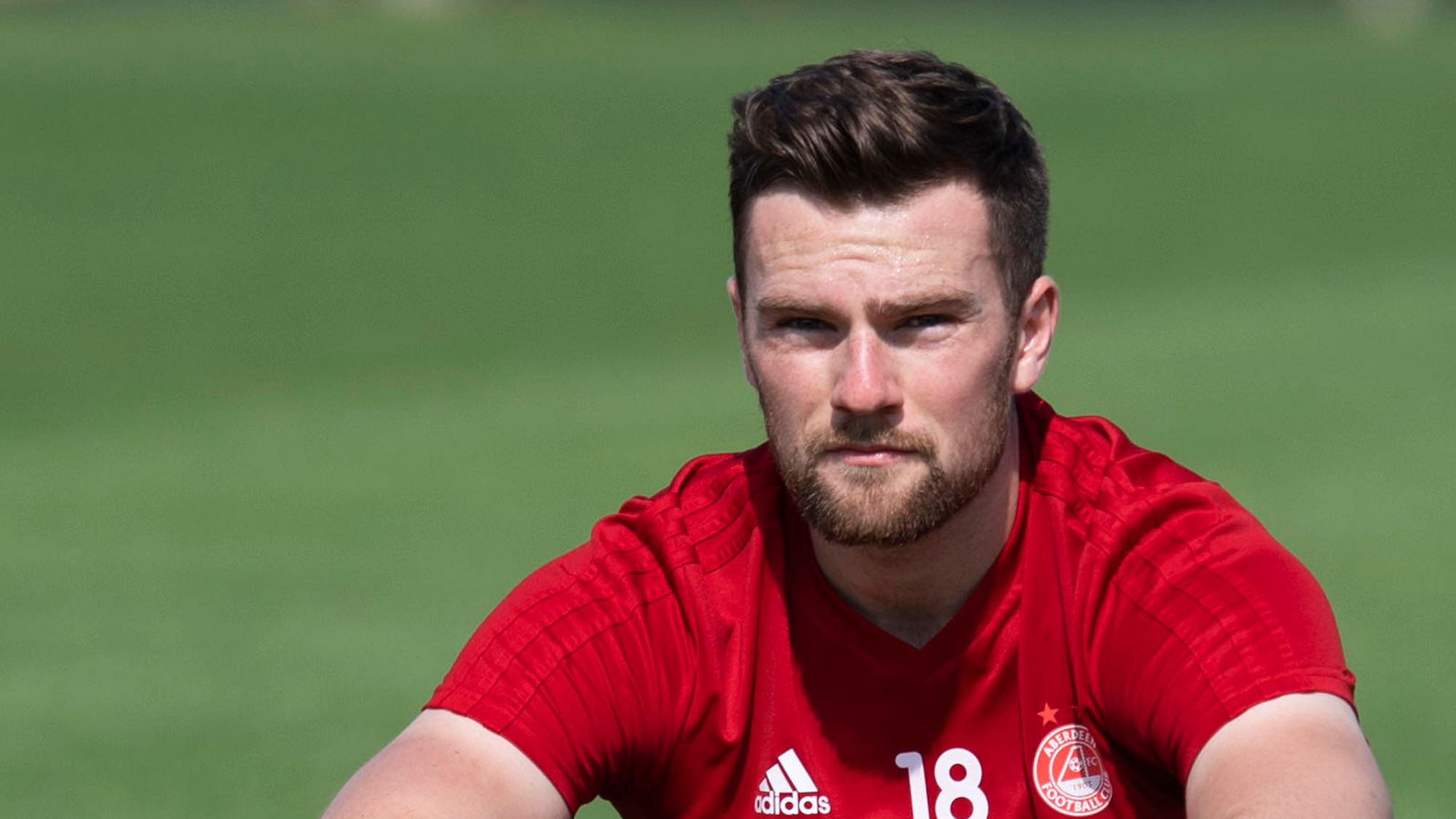 Defender Michael Devlin- speaking to RedTV at The Dons’ winter training camp in Dubai earlier today- agrees the trip should benefit the Dons in the second half of the season. “It’s easy from the outside looking in to mistake it for a holiday, but rest assured it’s been hard work for not only myself but also the boys who have been training with double sessions almost every day and when it comes to the end of the day, everyone is ready to get to bed and go to sleep.

“I think for a squad tactically and for fitness levels it’s been brilliant, the boys have worked hard, the manager has got his message across about what he wants in terms of the second half of the season and we need to utilise that as best we can, it’s been a great four days so far.”

And although team morale is certainly not an issue, the squad being together for a prolonged period can also reap benefits.

“I feel very lucky to be part of this changing room, the boys are such a tight knit bunch, but certainly when you come away to places like this, it reinforces that and brings us all that bit closer together and at times I can imagine in other squads that can become a problem but we’re very lucky that we get on so well and going into the second half of the season that can only stand us in good stead that we have got this extra time together. The training is hard to be perfectly honest but everyone is struggling together and everyone suffers together and hopefully we’re successful together but we’re loving every minute of it.”

And the good news is that the former Hamilton Accies skipper is very close to a return.

“Providing everything continues to go as it has been, it’s been a successful few days with a reintroduction to running and everything has been positive so far with no hiccups. Hopefully within the next week or so I’ll be back in full training and ready for selection as soon as I can be. It also comes at a time when there’s been other players coming back such as Mark (Reynolds) and Tommie (Hoban) so we’ve got real strength and depth and competition for places again so the sooner the better.”

And despite the number of defenders missing, the team managed to rack up eighteen points in December with Derek McInnes and Sam Cosgrove rewarded by being presented with the Ladbrokes Manager and Player of the Month trophies respectively.

“When you have a lot of games and you’re winning, the games coming thick and fast is a good thing and there were some brilliant performances in there. We played well in some games and we dug out results in others. In terms of the squad, we were light at the back and it was brilliant for the guys who were playing.

“I couldn’t be happier for Sam, it’s a real testament to him and his attitude and how hard he’s worked over the last couple of months and he’s getting the rewards for that now. He’s a great lad, I sit beside him in the changing room and he works his backside off, not only personally but he does such a shift for the team, which at times can go unnoticed as a striker- especially if you’re not scoring the goals that you and the fans expect. He’s been brilliant recently and I’m delighted for him to get that recognition. Coupled with the manager’s award it’s been a really good time for the club recently and there’s a real feel good factor about what we’re doing at the moment and we can try and use that going into the tough fixtures coming up.”

And those games start with next weekend’s William Hill Scottish Cup tie against Stenhousemuir followed by a midweek visit to Michael’s former club.

“It should be an exciting time and with a competitive squad, if anyone gets the opportunity to play, they need to take it which I think can only benefit everybody. The Cup game will be tough but we’re glad we are at home and Hamilton has always been a tricky place for Aberdeen to go to. It never stops in the Premiership, it’s always the same, every game you need to go and earn the right to win the three points. It’s an exciting time for everyone. I was devastated to miss the Betfred Cup Final and going forward, it whets the appetite, for not just myself, to go back and compete in another final but hopefully go one step further this time. If I can be a part of that, then fantastic, but it’s more important that as a team we’re playing in these big games regularly.”

Dons in Dubai | The Manager reflects on the training camp

Dons in Dubai | The Manager reflects on the training camp