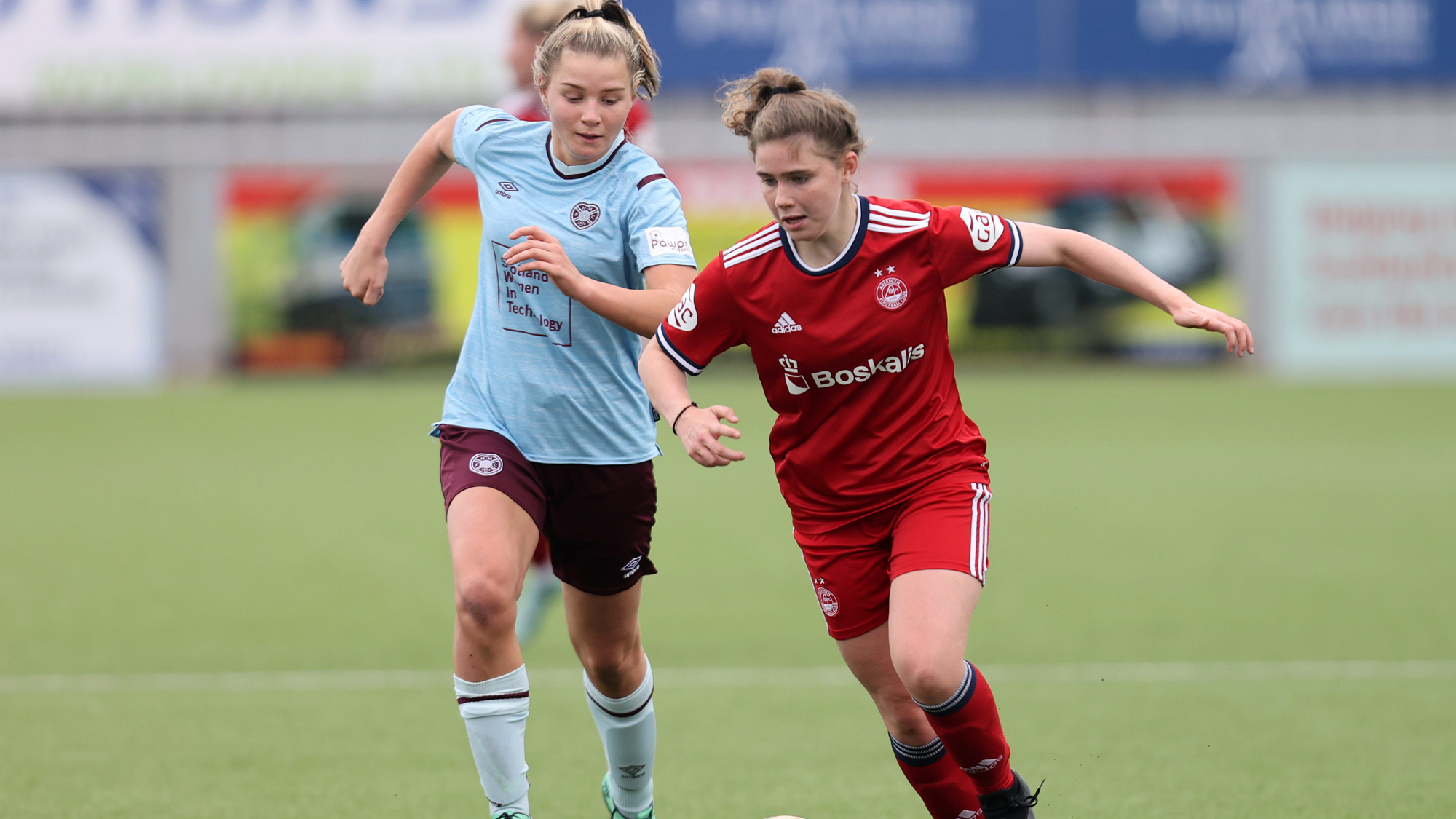 After defeat in their opening game of 2022 against Spartans last weekend, Aberdeen Women will look to bounce back this Sunday when they travel to the capital to take on Hearts at The Oriam.

Hannah Stewart, who signed for The Dons last week, previewed the game with RedTV and she also spoke about her move to Aberdeen. To watch the preview in full on RedTV, please click on the red button. 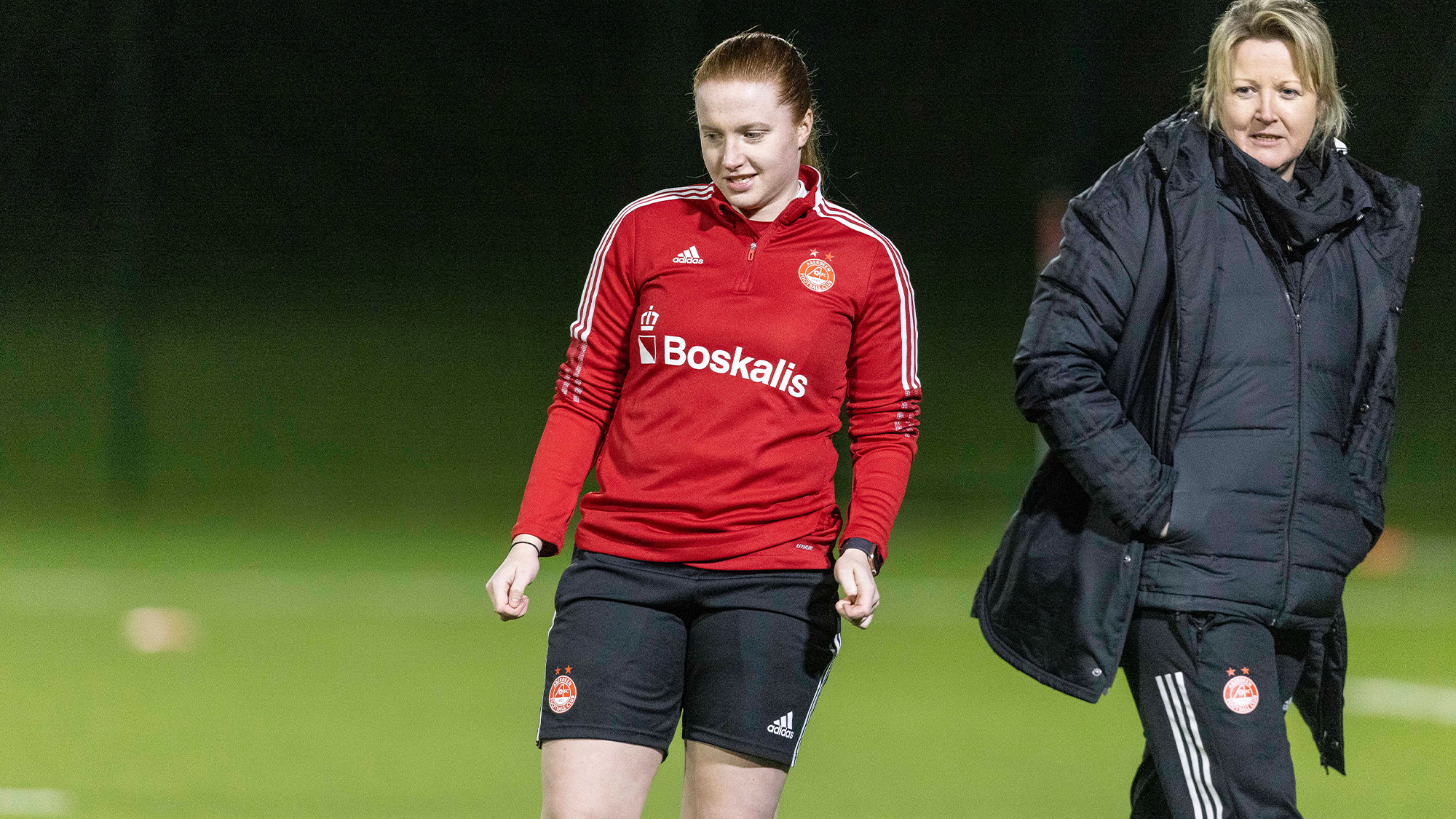 “It is amazing to be here and to get the deal done. I had been in regular contact with Emma throughout the season and when she gave me the call and said that she wanted to sign me I was really chuffed. I have been training with the girls and feel like I have fitted right in. It is good to get the deal done and get going.

“I know the likes of Kelly Forrest and Loren Campbell from when I was previously at Aberdeen Ladies. It is nice to see them again and to see new faces as well as getting the chance to play with the younger ones who have come up.

“I was meant to sign for Aberdeen in the summer but I was injured, it was frustrating having that delay. When you start to see the results coming in and the team doing well, you want to be in amongst it. I have worked hard away from the pitch to get myself back to here and hopefully I can push on from here.

“I worked with Emma Hunter previously and she was a massive factor in deciding to come back to Aberdeen. From speaking to her you can see her passion for the club. She wants the club to grow and that stood out for me and I said to her that I want to be apart of that. Looking from the outside it looks like the team are together and that is exactly what it is like when you meet them. I worked with her when I was here previously, she knows the game, she knows how to develop players and I am excited to learn from her.

“I am quite fast, I like to get in behind rather than get the ball at my feet. I have played out wide, I have played through the middle, wherever I am put I will play! 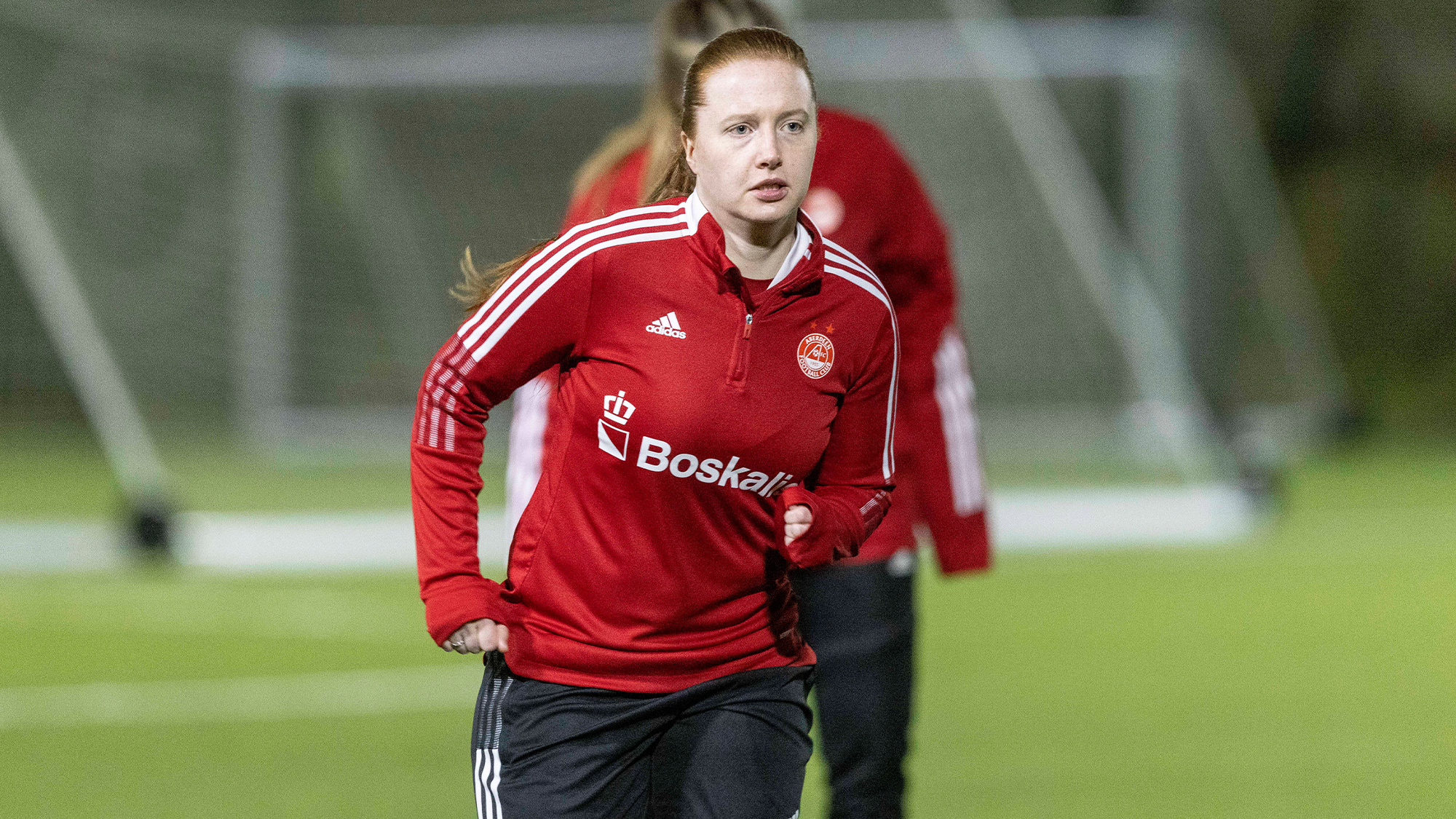 “I played at Glasgow City for a season, I loved it there, we won the league, we played in the Champions League, it was fantastic. I then moved onto Forfar Farmington, again it was a great set up, a great team, unfortunately they folded and now I am back here. I have gone full circle, I started my career here and now I am back.

“It is a young team that we have but it has quality. I have been in and around the SWPL1 for a long time and have played a lot of games. Hopefully I can take what I have learnt and the experience I have of playing for the top teams, playing for Glasgow City, that experience of winning the league will help. Hopefully I can pass on my knowledge and work with Emma to push the team on.

“If you give teams chances in the top flight then they will take them. From being 2-0 up (against Spartans last Sunday) to then conceding three goals is really disappointing. We will work hard to learn from that and make sure it doesn’t happen again. It shows if you give teams chances then they will take it. We will work on it and hopefully it doesn’t happen again.

“Three points in our league can take us right up to fifth, so three points this weekend will be massive for us, especially at this stage of the season. It will be a similar game to last week, Hearts will be tough, they will be an organised team, hopefully we can get the ball down, we can keep it better than we did last week and make it tough for them. If we play the way that we train in training hopefully we can get those three points.

“The club has grown and the women’s team has grown massively. We are competitive in top flight, which is what you want. A team like Aberdeen should be in the Premier League, they should be competing, it is up to us to use the facilities that we have and aim to be as high as possible. Hopefully we can push on and make that happen.”