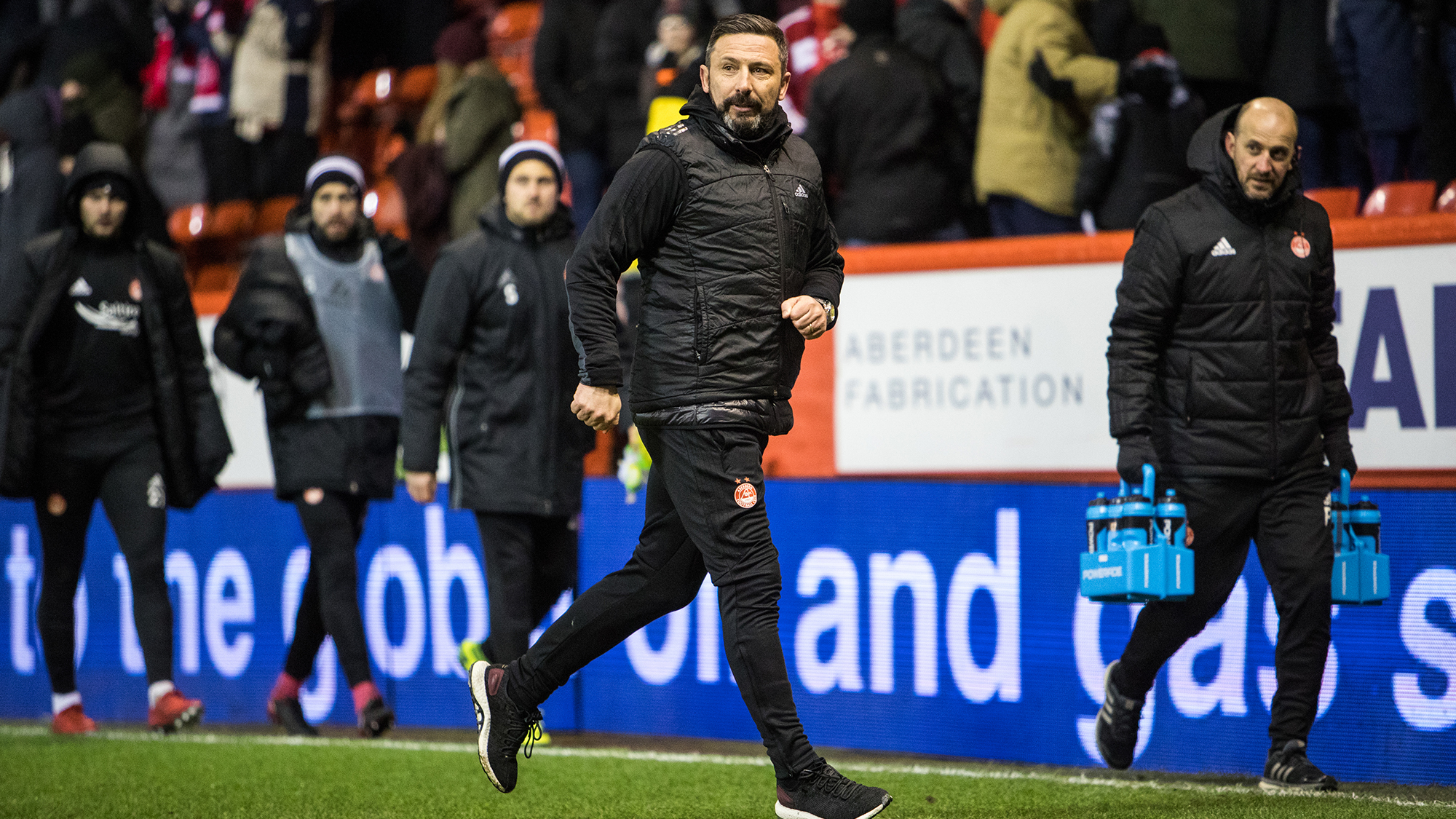 “There’s no doubt we deserved to win the game.

“We had to fight for everything we got and work hard for it.

“We anticipated Partick playing the way they did by coming up here and being difficult to beat. We watched them play against Celtic last week and it took a brilliant Stuart Armstrong goal to break the deadlock.

“We came out to try and start the game on the front foot and bring that speed and tempo to the game. We created a few opportunities. Rooney’s goal was chopped off and I thought it was a bit harsh. We had a few balls flash across the box, but when the goal doesn’t come it gives Thistle encouragement and I thought they were set up brilliantly.

“Alan came up here with a game plan and he nearly got his 0-0, but thankfully a bit of brilliance from Ryan Christie sets up Adam Rooney for all three points. It was hard fought, and I thought the conditions made life difficult for both sets of players with a horrible wind out there and a bitterly cold night. The pitch was a bit slippy on top.

“It’s the same three points that we got in the 4-1 win against Hibs in a far more polished performance.

“At half time I asked the players to not get too frustrated. There was a bit of frustration at the speed of the game in the first half. Not just from ourselves, but for how long every time the ball went out of play, the time it took Thistle to get the game moving again. I thought the referee could have showed a bit more authority in clamping down in that.

“We asked the players to not let that frustration affect the outcome of the game and we tried to play with a bit more penetration.

“We changed things slightly tactically. We got Stewart and Mackay-Steven to hold their width more and get runs through from Shinnie and Christie and I thought that was quite evident at the start of the second half.

“We managed to get up the pitch despite the conditions and play behind them a bit more rather than playing in front of them. I thought Thistle defended well, but I thought we were the better team that carried a better attacking threat and we got our three points.

“There’s good managers operating in the league and another one tonight in Alan Archibald. Every team gives you a challenge and you’ve got to find different ways to win. I still think there’s more to come from us.

“When you normally get to the winter break the league kind of settles down. I think there will be three or four teams at the bottom end of the table interchanging with each other. There will be the same three or four teams in and around the top six and then the same teams fighting for those European spots. We’re just trying to be pleased with our work and if we can get to that 45 points I think that suggests good work is being done.

“I still think there’s a bit more to come as a team. Maybe we’ll make one or two adjustments in January and that may help us as well. I’ve been really pleased with what the players have given up until now, but I still feel there’s more in us.

“Andy Considine is a doubt for the weekend and it looked really painful. It was frustrating because Andy was picking up Devine for the free kick and we were light at the set play. It was a bit of a worry, but thankfully we managed to overcome it and hopefully Andy’s got a chance for Saturday. Looking at him now he’s in a lot of pain. Scott Wright’s picked up a knock too, so we will see how everybody is tomorrow and we’ll assess it. Maynard reported ill tonight and got sent home, so we’ll see how we are. When you get three games at the end of the first part of the season it can challenge you fitness wise. Whatever the team we’ll be ready to go and try and be our best on Saturday and get the win.”