Manager “importance of winning was clear from my team tonight” 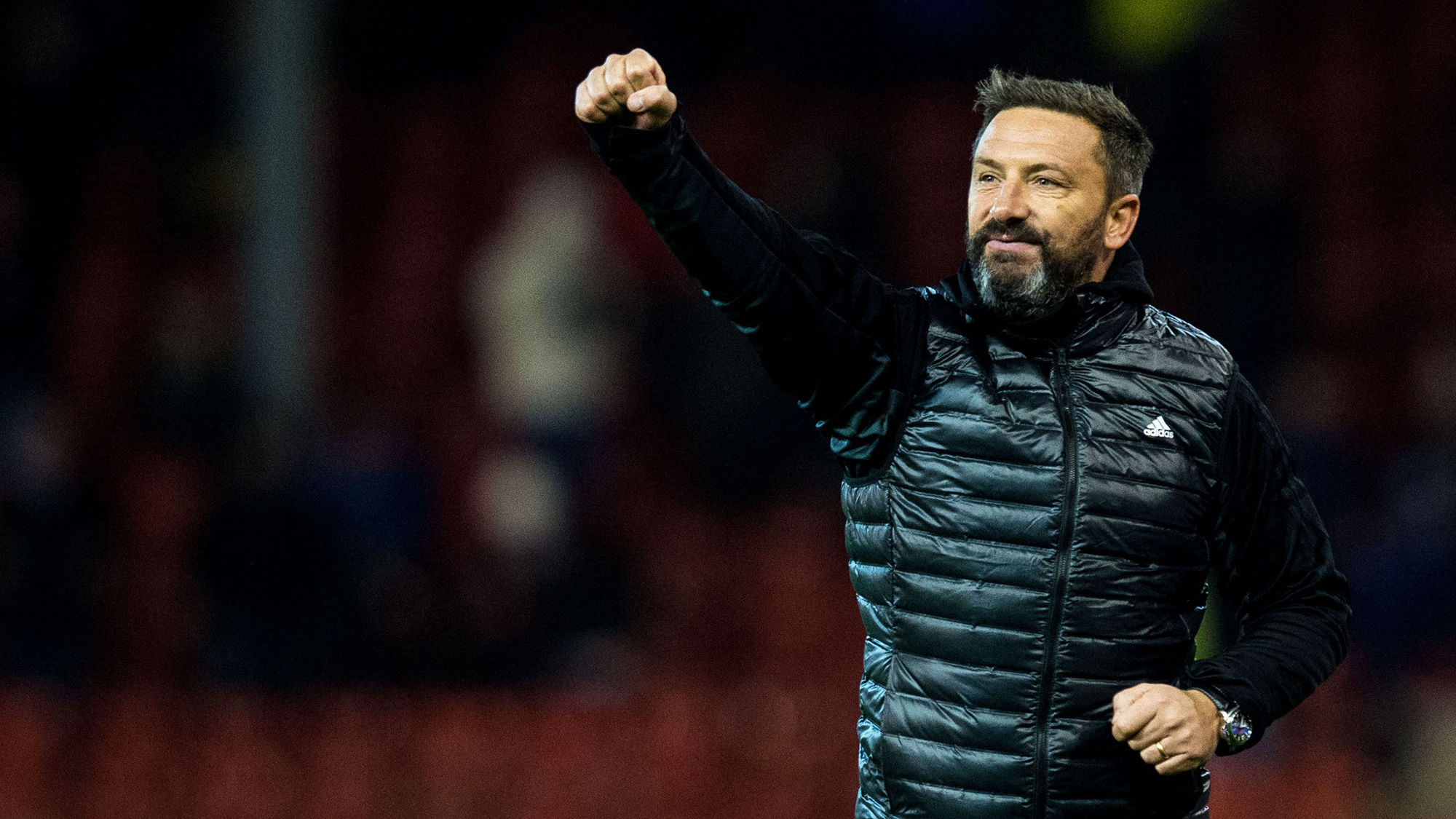 “Each game is different, and conditions can be different, but the importance of winning the game was clear from my team tonight.

“I thought we were very competitive throughout and our work rate and industry at the top end of the pitch allowed us to unsettle Hibs and they never really got into any real rhythm, which is something when they do, they are a very good side.

“We managed to limit their opportunities to have an impact in the game. It was difficult for both sets of players and chances were always going to be at a premium, but thankfully we’ve capitalised on a loose pass and Gary’s delivered a brilliant finish and that bit of quality separated the teams tonight.

“It was something to hold onto and we were competitive throughout the game. I thought the work rate from the front lads in McGinn, Wilson and May gave us the platform to really squeeze the game. It needed to be played like a cup tie and the conditions made the game the way it was. There were plenty challenges and I thought Ferguson and Shinnie tackled like lions tonight an won the majority of things in there and it helped us get the game going our way.

“One goal was enough, and three points was something we wanted at the start and it’s not easy against Hibs because I hold them in such high regard. To get on top of them and get all three points is really pleasing.”

“I thought it was important Gary delivered a performance tonight.

“I wasn’t too happy with his performances the last couple of games and spoke to him this week. I thought he had good moments in the semi-final and we were hoping for him to kick on. He’s got to feel that importance of being a really important player for us and be relevant in every game he plays, but he’s capable of big moments in the game.

“He goes into the international squad on the back of starting the season very well and he should be confident that if he gets the chance to play, he’ll be ready. When he’s relevant for us we’re a different team. His work rate was terrific tonight and once he got his goal, he was a handful. It shows you his confidence to take the shot on. For me when he reaches his levels, he’s as good a wide player as we’ve got in the league.” 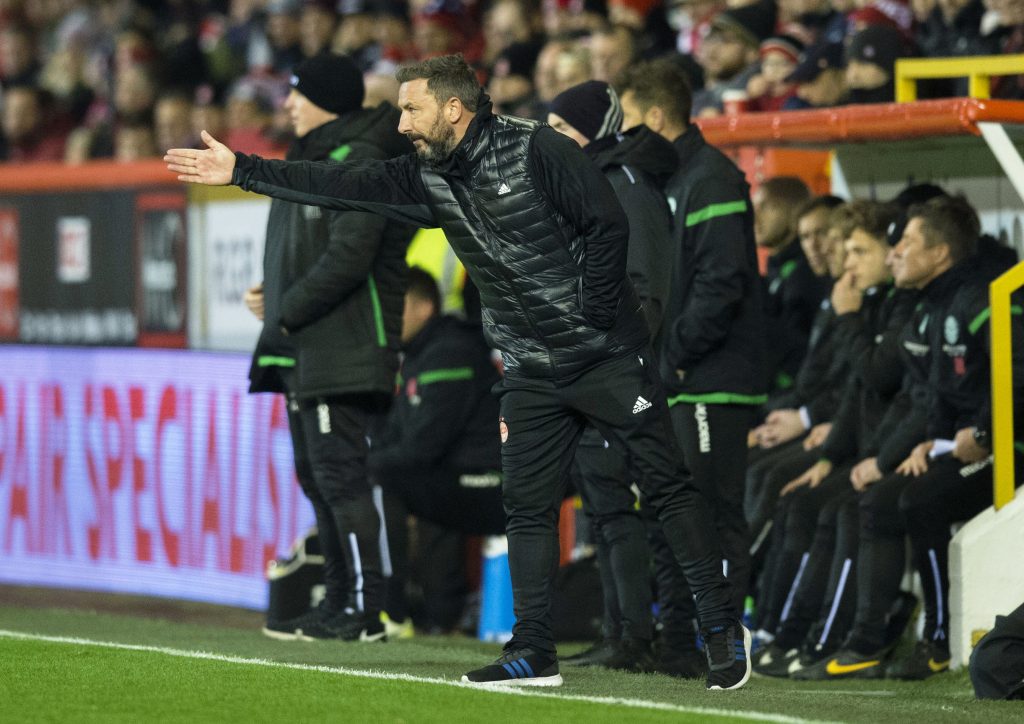 “There have been reasons why we’ve not had the consistency certainly with selection due to the injuries and suspensions. Consistency of results normally comes with having that familiarity and the last four games we’ve played I think there’s only been one change in each of them.

“We’ve won different types of games and have been very solid throughout. We scored in the semi-final from a set play then score three here against Hamilton and two against Kilmarnock. One was enough tonight.

“I’m still looking for more goals and attacking threat like every manager, but for me the team is settled right down. I’ve had a full squad to choose from the last couple of games more or less and any manager will tell you you need that for competition and to deliver big performances and we’ve managed to get that up, which has allowed us to get some results. We’ve had more injuries and suspensions than I’ve ever had here, and we took a real dunt at the start of the season, but every team normally gets that in a season and hopefully we can get on with the job in hand and get ourselves up the table.”

“He was brilliant, and I didn’t want to take him off, but he was feeling his calf a bit. That’s a really strong game and half for him. Our supporters can be really forgiving when they see that type of attitude and appetite on the pitch and I thought the front three of McGinn, Wilson and May really pressed and worked their defence strongly tonight, but May was probably the one that got us up the pitch more than any other player.

“It’s not always about goals and they are clearly important for strikers, but I’m quite relaxed for him because I think they’ll come if he keeps showing that willingness. I hope it does him the world of good when he sees his work recognised by the support tonight.”

“The whole team’s desire to keep a clean sheet was there for everybody to see. We were lacking in size again and only really had two bits of height in Devlin and McKenna. You have Ferguson, Lowe and Logan giving away inches in the middle of the box, but they were still really competitive getting their head on things. It’s a team that delivers a clean sheet, but there’s no doubting there’s key players helping. The centre half partnership has been very good recently and hopefully that continues.

“I took enough questions from everybody for a lack of ticket sales for the semi-final so it’s nice to recognise a real desire to get to the cup final. The tickets have sold really quickly in a matter of days, so it shows you the appetite that’s there.” 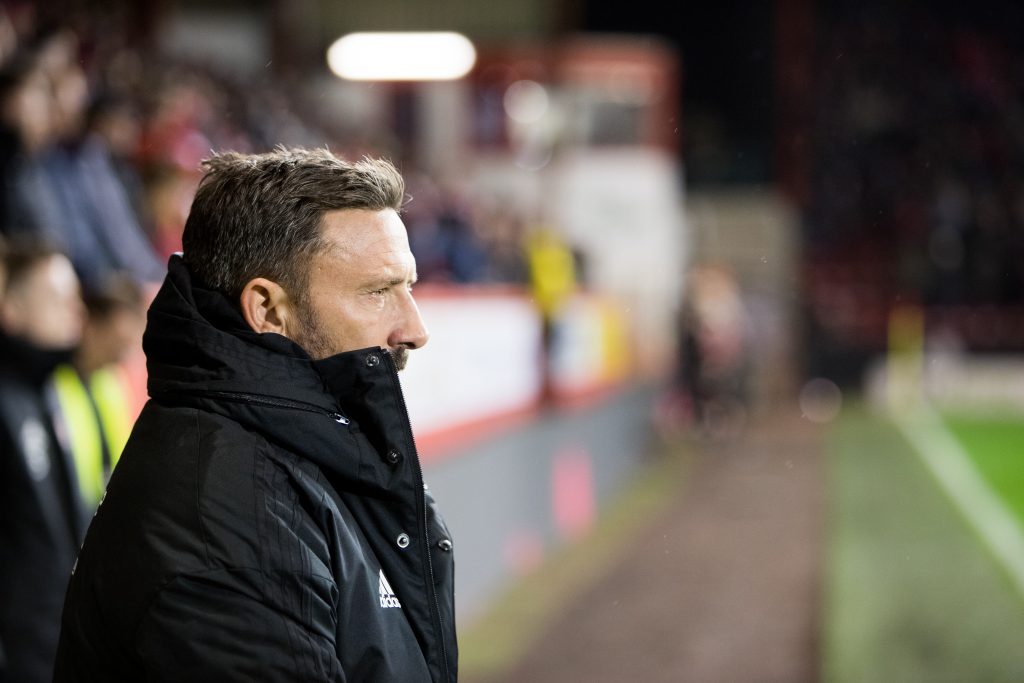