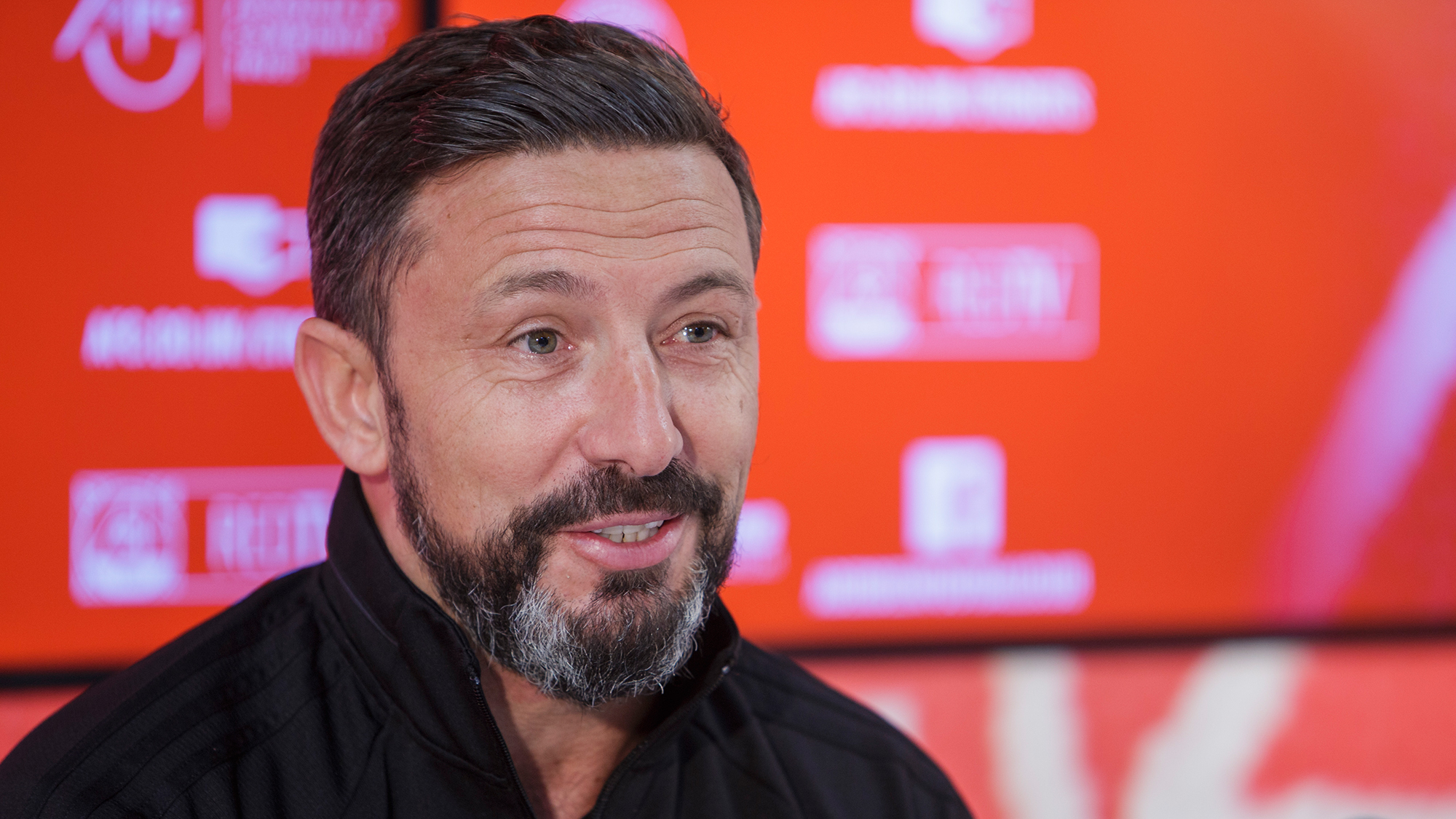 “First of all, I’m just delighted to get Freddie with us. It was important that we reacted swiftly on the back of Joe Lewis’s injury as it wasn’t something we anticipated with Joe. Thankfully he’s on his way back now after the operation.

“We wanted to get the best ‘keeper in and it’s my job to get competition in all areas of the pitch and goalkeeping is part of that. We have a decision to make and we’re just delighted to get Freddie with us. He had an impressive loan at Kilmarnock and we kept tabs on him as well in terms of our scouting and we feel he’s going to be a good addition to us and we’re delighted to get him.

“It was a case that Newcastle needed to hold onto him until they got their ‘keeper in and that in turn alerted a few other clubs when their goalkeeping situation became active. Freddie was as good as his word, as were Newcastle, and where other players might have been attracted to something else, he was consistent in his word and we’re delighted to get him.

“It’s always difficult with any young player and certainly a goalkeeper where sometimes they don’t get the same development and game time. With Danny we put him out on two loans in the Championship because when he’s behind the main ‘keeper here it’s difficult to replicate that experience. It’s always difficult for a goalkeeper when you start to make that judgement call, but he’s got a good reputation. He’s very driven, he’s got a plan for his career and we’re just delighted to get him. When I look at him I see a lot of similarities with Danny Ward. Danny came here after only playing three games for Morecambe but having watched him closely in the U23’s at Liverpool we just had a feeling about him. You don’t really know how younger players deal with the pressure and demands of working at first team level, but both Danny and Freddie have had that level of loan time. We’re delighted we’ve got that competition in that area and it settles us down because it wasn’t something we anticipated with Joe. Ideally, we’d have him available, but the good news with Joe is he’s had his operation and he’s on his way back. Hopefully that’s straight forward.

“For myself, maybe clubs look at Aberdeen as a good platform. We’ve been up there the last few seasons and there’s a pressure at playing at the top end of the table. We’ve experienced semi-finals, cup finals, played in Europe so I think all these factors come into it when clubs are trying to pick and choose where players go. It’s not as if Freddie is out the picture this season and they see him as a future goalkeeper for them, so those loans become really important.

“I need that competition to make my decisions with different areas of the pitch. I’m really pleased with the numbers in the squad and we’ve got real options and that’s important to us. We’ve got a couple of injuries with Joe and Stevie May still out, but we’ve got suspensions coming up and no doubt we’ll have more suspensions. We’re equipped to deal with injuries at the business end of the season. It’s now what happens towards the end. We’ve got thirteen league games, we’re planning for four cup games and hopefully that can be the case. It’s this part of the season that determines if it’s been a successful season and it’s important we have that squad to deal with that. 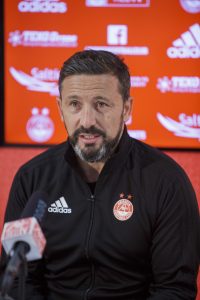 “Stevie is due to be back in full training next week all being well. He done a lot of work today and joined in part of the session. We had the benefit of training with him in Dubai and he’s just getting a little irritation when he plants his foot and with the heavier pitches here it just flared it up a wee bit. We need to make sure when we put him back he’s far more comfortable.
“It was important that we looked at this week ahead of the cup game that we tried to pick up nine points. We’ve beat a very good Kilmarnock team, who hadn’t lost away from home and have been doing well. We went up to Dingwall and win during the week against a team who are fighting for survival and I thought we dealt with that very comfortably. Now we have a home game against Hamilton, another team who are fighting at the bottom and every point is precious. At this stage of the season, whether it’s teams trying to get into Europe, the top six or stay in the league, there’s a lot on each game and none more so than ourselves. Hopefully we can get on top of Hamilton and win the game. We’re not expecting it to be straightforward and we have to work for it. On the goal front it was four goals against St Mirren, three goals last week against Kilmarnock and another four during the week so I’m pleased with that side of it. I’d like us to get more clean sheets because you’re always striving for that perfect performance and we almost had it bar 14 minutes the other night. Hopefully we can get both tomorrow.

“I thought Adam’s overall performance was good, just like his performances against St Mirren and Kilmarnock he was good with his linking up, getting himself into good areas out with the box. Adam judges himself and puts himself under pressure to score goals and he’s done that for us time and time again as we all know. I wouldn’t bet against him meeting his targets again this season and hopefully he can continue that goal scoring form. He is like a lot of strikers that goes on runs and scores back to back and long may that run continue.

“The booking the other night for Graeme was so disappointing. It was his first foul in the game and it’s right outside the opposition box. It wasn’t as if he was starting a promising attack. There were other challenges after that I felt didn’t go punished with a yellow card. I thought the one the other night was very harsh and there’s been three or four like that. You can’t take that side away from his game. He wins more tackles than any other player I’ve got and I think he was harshly treated the other night by getting a yellow card as it was his first offense.”