After the game the 19 year old midfielder spoke to RedTV. 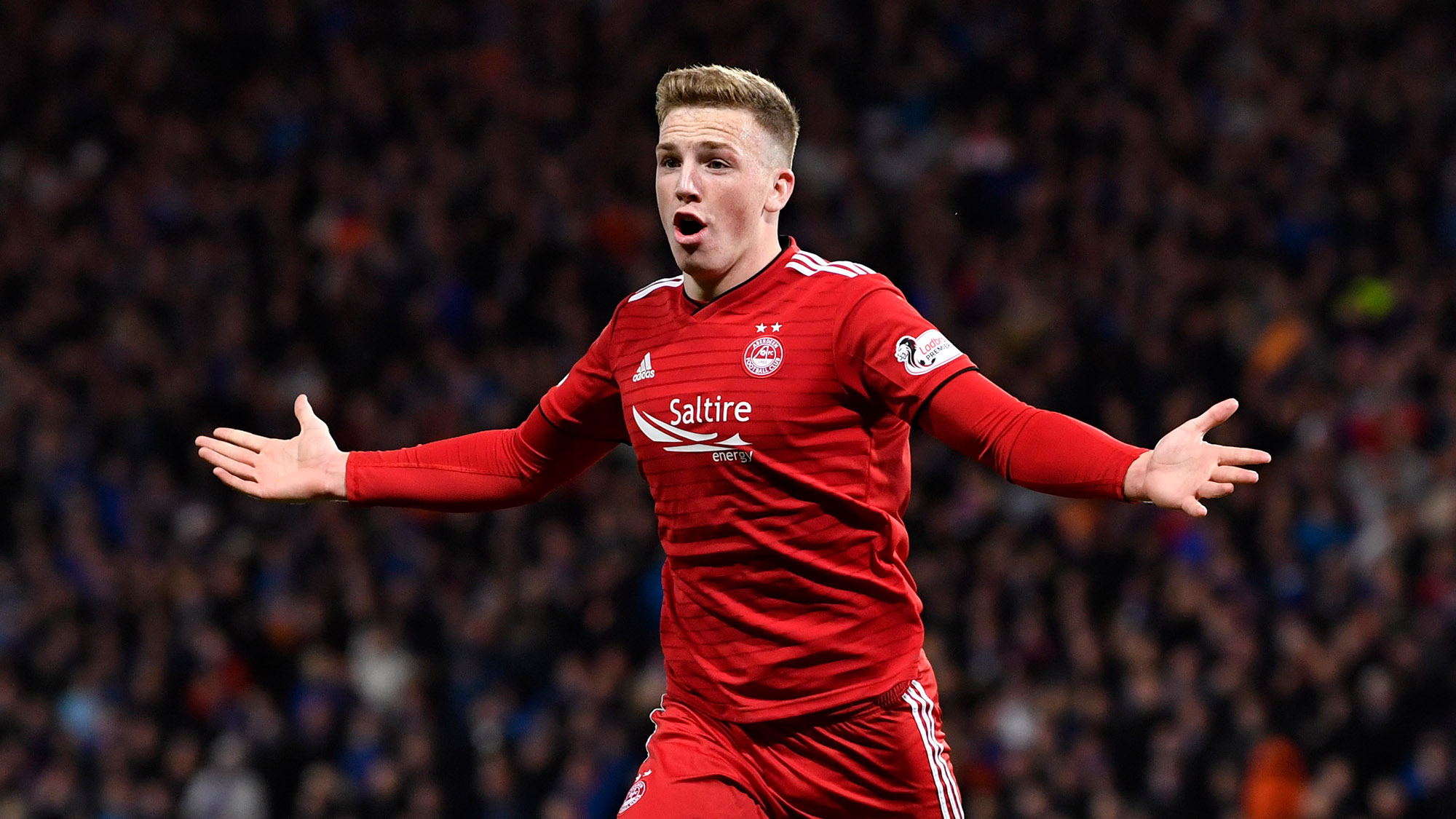 “I am a bit lost for words really. What an experience that was. My first game at Hampden, my first semi-final, it was a huge game for me personally as well as the club. So to get the winner was unbelievable.

“I could not be prouder of my team mates. Rangers had a lot of the ball but we dug deep. We worked very hard, we very dogged and limited the chances they had. Thankfully I put away my chance.

“They were keeping the ball and moving it from side to side but they were not really putting a lot of pressure on us. They did not create too many clear cut chances. They had a lot of possession in front of us which we were comfortable with. As the game went on and went we took confidence and had the belief we could nick it.

“I just had a little feeling when McGinn took the corner that I would get on the end of it and thankfully I did.

“Niall put in a great delivery from the corner and it just missed Connor Goldson and when it went over his head I got up above Ovie Ejaria I put it in the back of the net it was just an unbelievable feeling.

“It was incredible running towards the fans. I have never really experienced anything like that before. The fans were going mental. Their arms were going everywhere. It was a great moment for all the fans, the staff and the players in the dressing room.

“Credit to the supporters who came down to support us. They were outnumbered but they gave us tremendous backing.

“There was a lot of talk about what side my dad would be in, but he was in the Aberdeen section. He’ll always support me and I’m just delighted to put a big smile on his face.

“I did not really read any of the hype and newspaper stories before the game. As a player I was just focussed on going out and playing. We were concentrating on putting in a performance that would get us through to a final.

“The gaffer gave me a big hug and said: ‘you’re the man!’

“The gaffer is always giving me banter in training and telling me I don’t score enough. It’s nice to get on the end of that one today and put a massive smile on his face with the winning goal.

“When I signed, I was looking forward to trying to get to cup finals. It was one of the main reasons for coming here. At Accies, success was staying in the league but I enjoyed that. Any type of success is good and I enjoyed that stuff but to come to Aberdeen and play in Europe and now have a cup final to look forward to is brilliant. Success here is winning silverware.

“It’s unbelievable but those are the type of games I aspire to play in. The goal against Burnley was my first senior goal and this is my second. They are both massive and hopefully there is more to come.

“I am already looking forward to the cup final. It will be another tough game and pretty similar. Celtic move the ball well and we’ll need the same type of performance off the ball, be dogged and keep our shape, be compact and not let them play through us; but once we get on the ball we can play better. We have another level we can reach.

“The win will give us a real lift for the rest of the season and for the final. Our form has been patchy this season, we have been winning games, losing games, drawing games, we have not really got any flow or momentum. Hopefully that will give us confidence and kick start our season.”