RedTV | The Manager with Rob Maclean 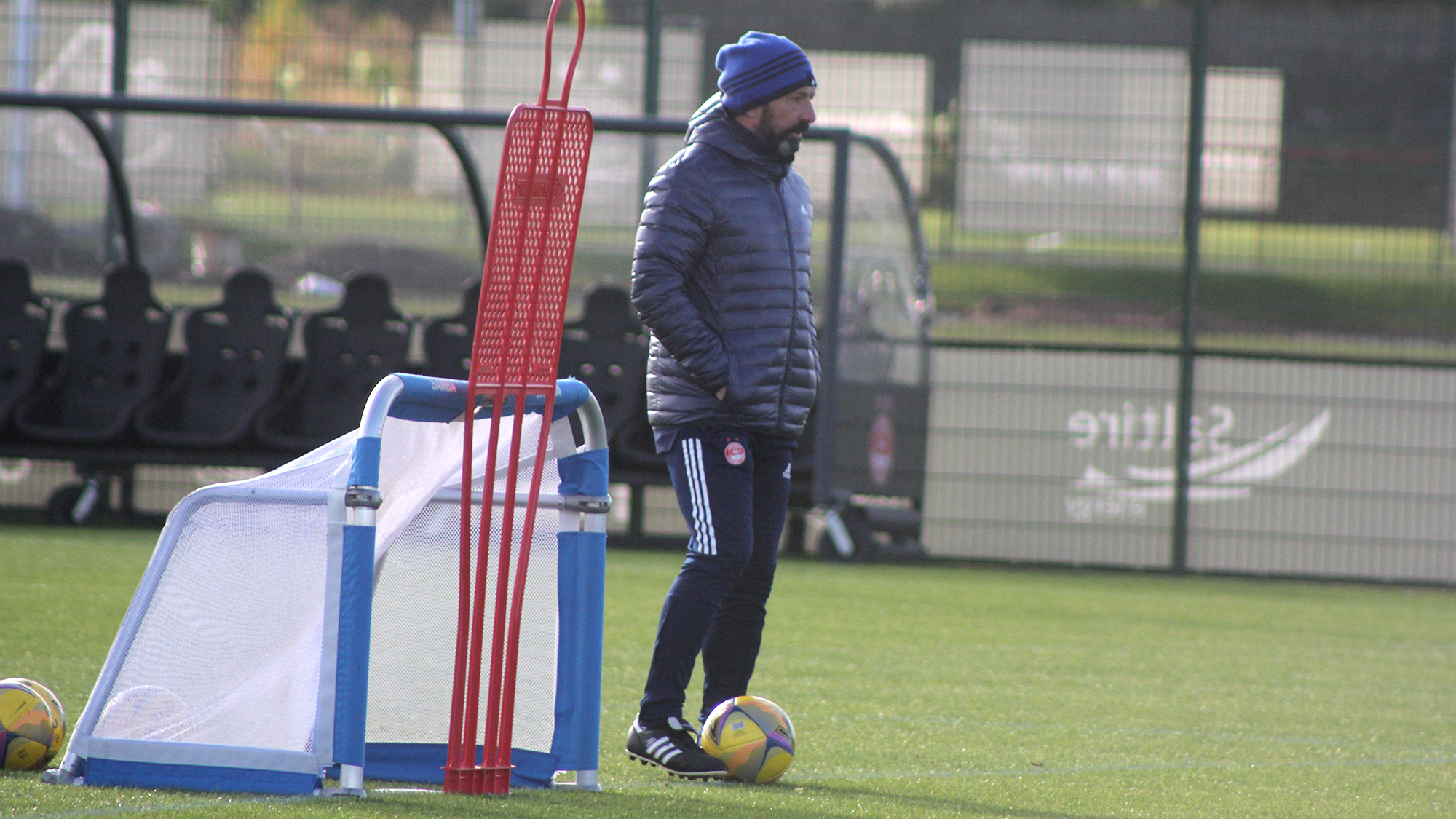 Rob Maclean sat down with the manager at Cormack Park today for an extended interview as they look ahead to a busy spell for The Dons and discuss Tommie Hoban signing an extended contract and the loan signing of Gary Woods. The gaffer also looked back at a busy week on the international front for a number of Dons players:

“I have said often enough to him that you just have to keep going. I have seen the disappointment when he has not been involved, he has seen others come from the club being capped but he has never let that disappointment come out in any of his performances.  He has always been steady and professional. It is a reward for his perseverance even in this late stage in his career.

“I think the Andrew Considine we see now has all the experience of over 500 games for the club, he has played in over 40 European games, he has been through all of the highs and lows and all of that shapes you as you come into your senior years.

“You saw all of that in his performance, it was a steady, professional and competitive performance from Andy. He never at any time looked stretched or rattled or anxious. He was very confident and assured, it was just exactly how he plays for us.

“Ross McCrorie has shown in a short space of time with us what he is capable of. It was a great win for the U21’s which he captained and scored in.  It would be brilliant for both boys if they could come back with some caps between them. Both of them are at different ages and at different stages of their career but international football is still vitally important to both.

“Lewis Ferguson played for the U21’s on Friday night but it was agreed with the SFA that he would come back to us, ruling him out of the San Marino game so he can get a full weeks work with us to prepare for Dundee Utd.

“I haven’t spoken to Ronnie, but he played the full 90 minutes for Venezuela and getting back home was important for him. Being able to play 90 minutes as well and get that under his belt was great for him.”

“The club have been fantastic with me”

“The club have been fantastic with me”