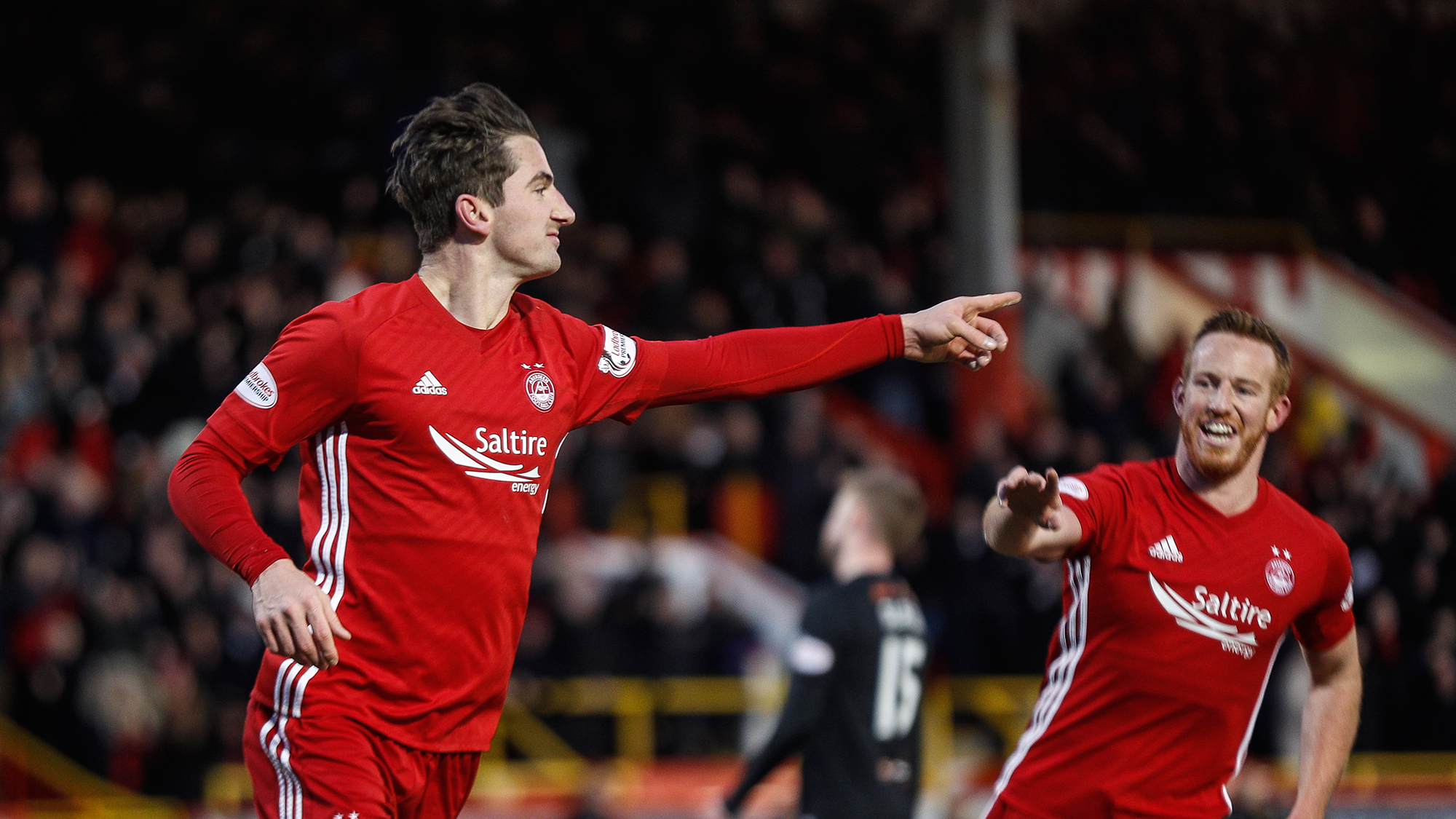 “We knew they would make us fight for it. Although they’re in the league below we knew what it was going to bring. We watched a bit of them through the week and it’s always a good tough game when we play against them and it was no different today. We got the goals at the right times with some really good play in the final third. It’s just disappointing to lose the goals, but it’s all about getting through in the cup and that’s what we done.

“The opening goal, it was a bit of a swing and Gaz has hit it into the ground and Rooney is there to do what he does. He’s done it for years and he’ll continue to do it, but it’s what you need in a striker and he’s got that instinct. If he’s not there, then the keeper saves it so he’s so vital for us and will continue to be.

“Their first half goal was disappointing on our part and to make it 2-1 their tales would have been up. I think getting the goal right away really settled us down again because if it was 2-1 United would have been right at us and it would have been nervy going into half time.

“I knew Ryan would put it on a plate for me. The knowledge and skill that he has got it does not surprise me what he (Christie) did. He skipped away from the player with a lovely bit of skill and stuck it perfectly between the centre halves. I timed my run well and it was just good to get on the end of it and see it hit the back of the net.

“He has the ability to go and play at the highest level. We are getting the benefit of him now so as long as we have him I am happy.

“If you get Gaz playing with confidence I don’t see a fullback that’ll stop him. I see it day in and day out in training and when he’s got that confidence and running at defenders his feet are so quick. He’s lightning, and his final ball is good he’s also chipping in with goals. I think we’re seeing the best of him now.

“There’s eight teams that’ll have the same ambition to go and win the cup, so we’ll take it game by game. Killie at home and a home draw is always good. We’ll look at it again when it comes around, but there’s plenty to do in between. When it comes we’ll enjoy it and hopefully we give ourselves the best chance.

“I don’t think we needed any more motivation than we already had. It’s a cup game, you’re either in or your out so we knew how big a game it was. I was aware of the comments (by their manager) but I don’t think it played any part in how we approached the game. I think we were always going to approach it giving 100% with the ambition to go through to the next round.

“We want to make the cup final the last game of the season for us. We will take it game by game in the cup, we’ve got a tough draw, Killie at home but we are looking forward to it and there is plenty of work to be done between now and then.

“I go out on the pitch and nothing is different. For myself I am playing with a bit more freedom. At times you are playing for your future. When you’ve got four months left on your contract you are playing for your future and putting too much pressure on yourself. I think I was doing that and maybe trying a bit too hard and it wasn’t bringing the best out of me. Now I’ve got my future secured I can relax a bit and I think it is bringing out the best in me.

“It’s about choosing the right moments. Me and Shinnie have been playing in the middle now for a long time. The relationship we have I know that if I go forward he will sit back and cover and we have found the right balance. It won’t change how I play, if its deeper or further up I will just go and do what I can for the team and right now that seems to be working.

“I have been keeping up to date with the Norwich scores and they are on a great run but my main focus is on Aberdeen. Everything is here for me.

“There is someone who looks after the loan players who I speak to after the games and he gives me feedback on what they want from me. He occasionally comes up to watch too. But right now, I am listening to what the manager has got to say. It’s all about what is happening at Aberdeen but Norwich are keeping an eye on me too.