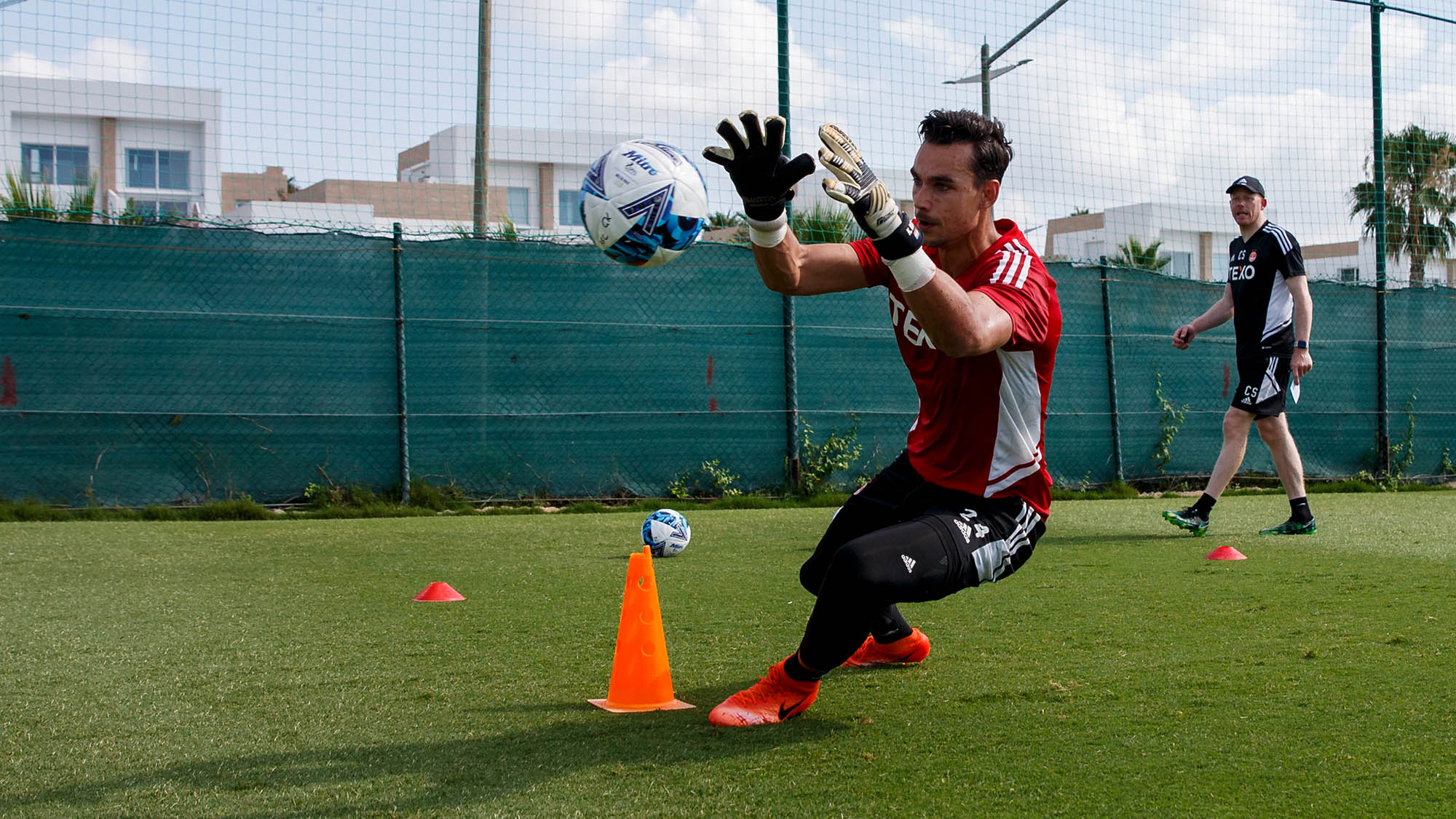 The Dons like a Dutch goalkeeper. Theo Snelders holds a particular place in folklore for his exploits in the Scottish Cup and as new recruit Kelle Roos points out, “The fact everyone can pronounce his name very well shows how important he is here!”

Dutchman Roos joined the Dons from Derby County in the summer, Jim Goodwin noting that, “Kelle brings with him a wealth of experience and he will help to enhance the goalkeeping team we have at the Club.

For his part, Kelle says, “I’m very happy to be here. From the moment I landed, everything’s been brilliant. I feel very welcomed and I’m really appreciative of that. Now it’s time to settle in quickly and hit the ground running on the pitch.

“The interest from Aberdeen started just after the end of last season. We stayed in contact, we spoke a lot and we created a feeling towards each other where we both got excited about working together.

“There are plenty of factors that drew me to the club. I did my homework, I spoke to Graeme Shinnie, I spoke to Max Lowe and they had only got absolutely amazing things to say about the club. I spoke to Craig Samson over the phone and that just felt good straightaway, the same happened with the gaffer, with Steven Gunn, it just felt really natural. 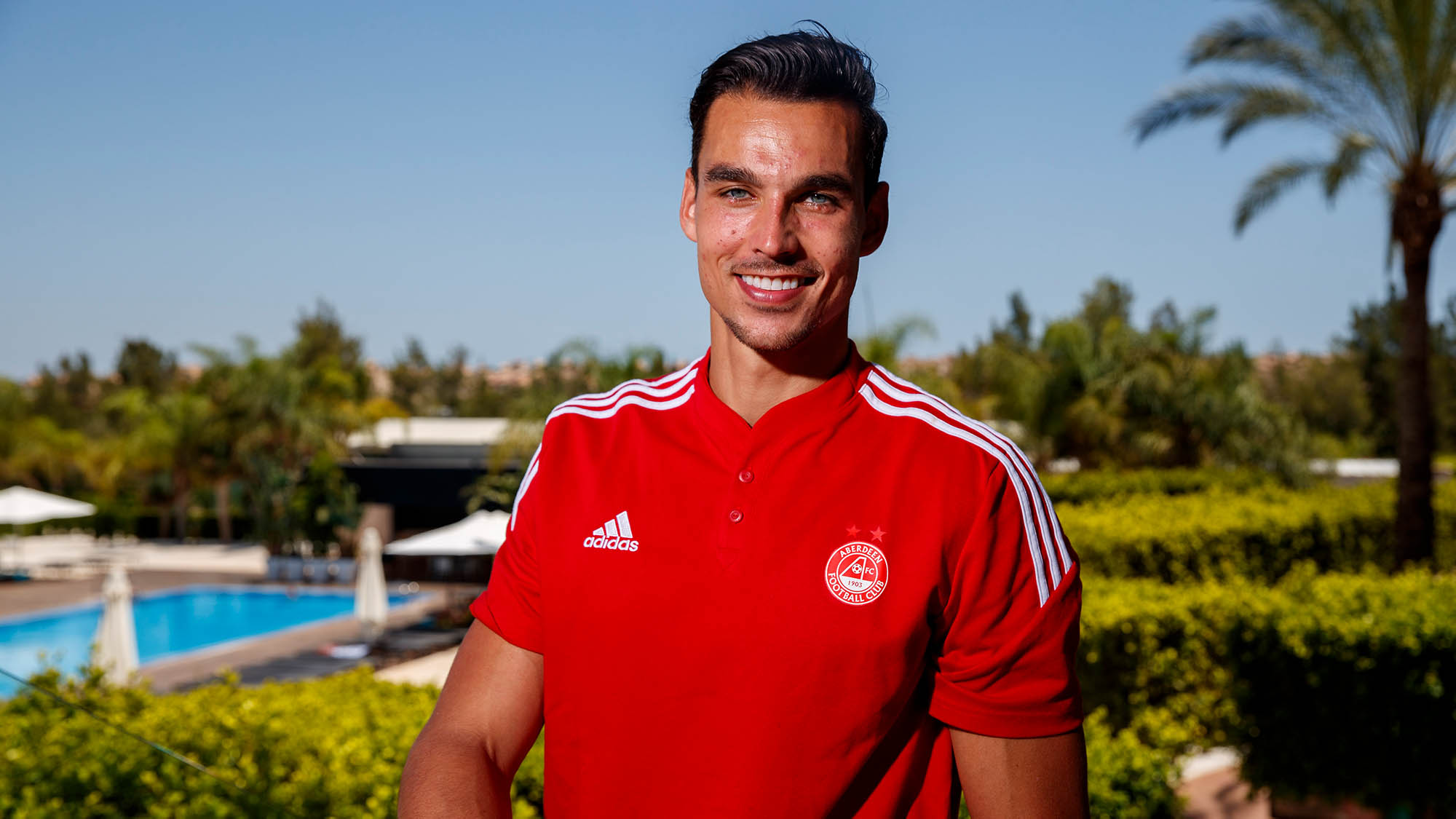 “I’ve been in England for a very long time and you can’t be there without picking up things about Scottish football and about Aberdeen. I played with a lot of Scottish lads over the years and they know Aberdeen very well. When these guys talk about Scottish football, they include Aberdeen with the big clubs. That was a really good start. Then I looked at the stadium and looked at the city to see where I was going to live and it all felt good.

“Shinnie only had good things to say about Aberdeen. He absolutely loved it here. He’s what this club represents – hard work, will always give 150%. He did that for us at Derby, he is one of those very valuable players, a great character to have around. The fans loved him here and he loved it back. I think it’s exciting to play for supporters like that. And Max texted me to say he was buzzing that I was coming here, that it was an amazing club and that he’ll come up and see us again.

“I’ve seen Cormack Park and I think the set up is so perfect. It’s a set up of a big club at the end of the day. Coming from Derby, I come from another hybrid training ground and I feel like Aberdeen is just like that. I think it’s amazing, it’s got all the tools to be very successful. Now we just need to make it tick.” 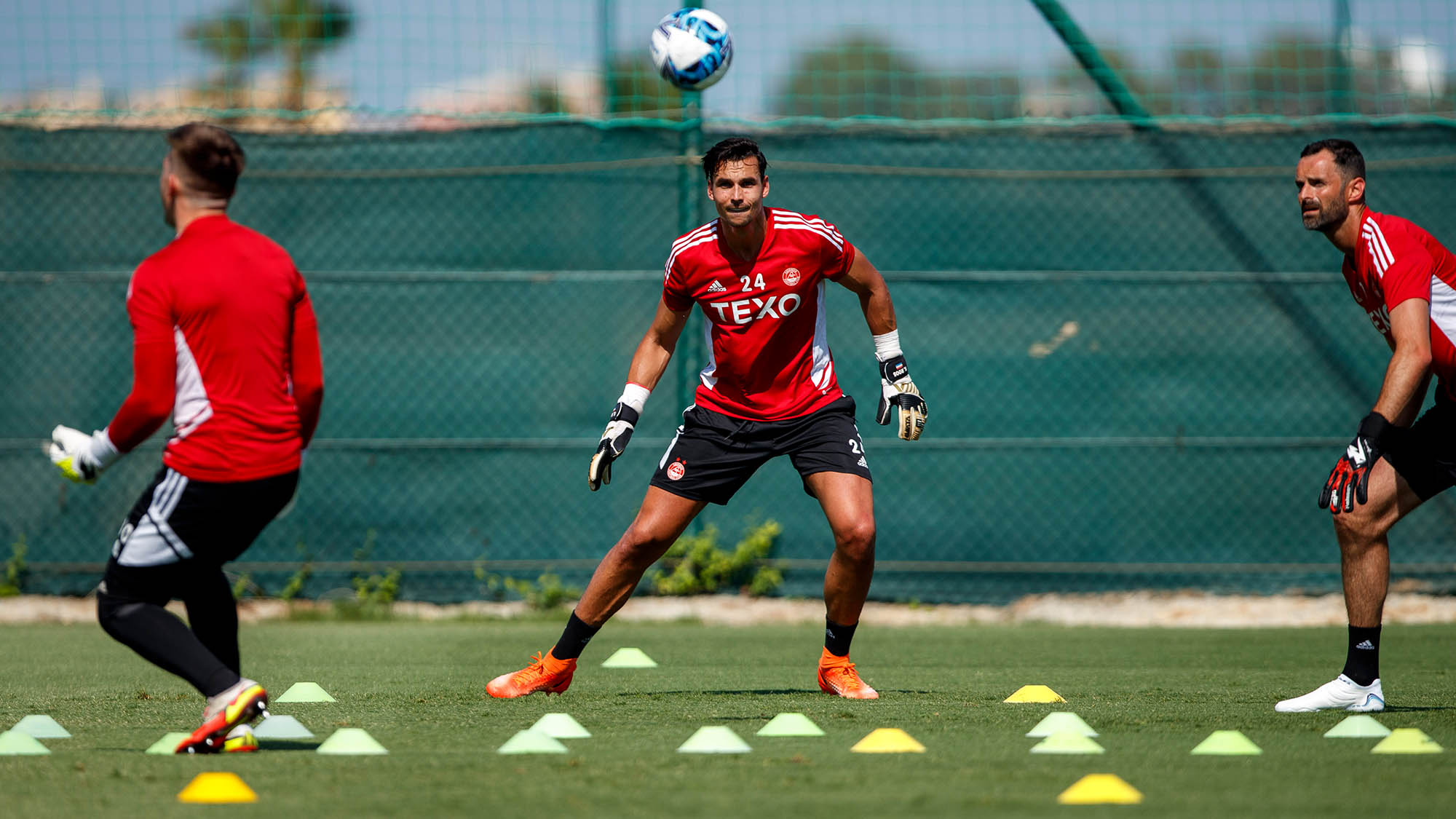 Life at Derby County has not been easy over the last 18 months, the club continually beset by financial problems that threatened its very existence.

“The recent times have been tough at Derby with all the financial issues. You see people that live and breathe the club, they suffer. They suffer a lot. You will have people that work in the restaurant that have worked there for 25 years that don’t know if next week they will still have a job, they still have a club. The same goes for the people, the groundsman, the kit men, all the secretaries and that’s really, really tough.

“I think all the players at Derby really realised that we as players would still be in a position of luxury compared with that, even though it was tough for us as well. That gave us the strength to pull together and we just kept trying through last season to keep that clock ticking in the hope that some new owner grabbed the opportunity. The staff was a big part of that, but also the players were a big part of that. Everyone pulled together in a very, very tough time.

“I was there for eight and a half years. I basically grew up at the club, I had my loans away from the club. I played a lot of games in the first team. It’s a great club. I loved the good times, I loved the bad times, I cherish them all. It was a bit of a roller coaster. When I joined, the club wasn’t the size it grew into to push for promotion but at the end of the day, the club got in a bit of trouble maybe because of pushing too fast.

“Then the worst thing obviously was the points deduction which basically give us no chance to stay in the league. We came close but we didn’t quite get there. I think everyone in the dressing room and the coaching staff pulled together in very hard times. We had a small squad with very little comfort in the sense of are we even going to play the next game? There were times when there were stories they couldn’t get the finance to finish the season. It’s hard dealing with that. All around though, it was a good time and it helped me grow as a person and as a player.” 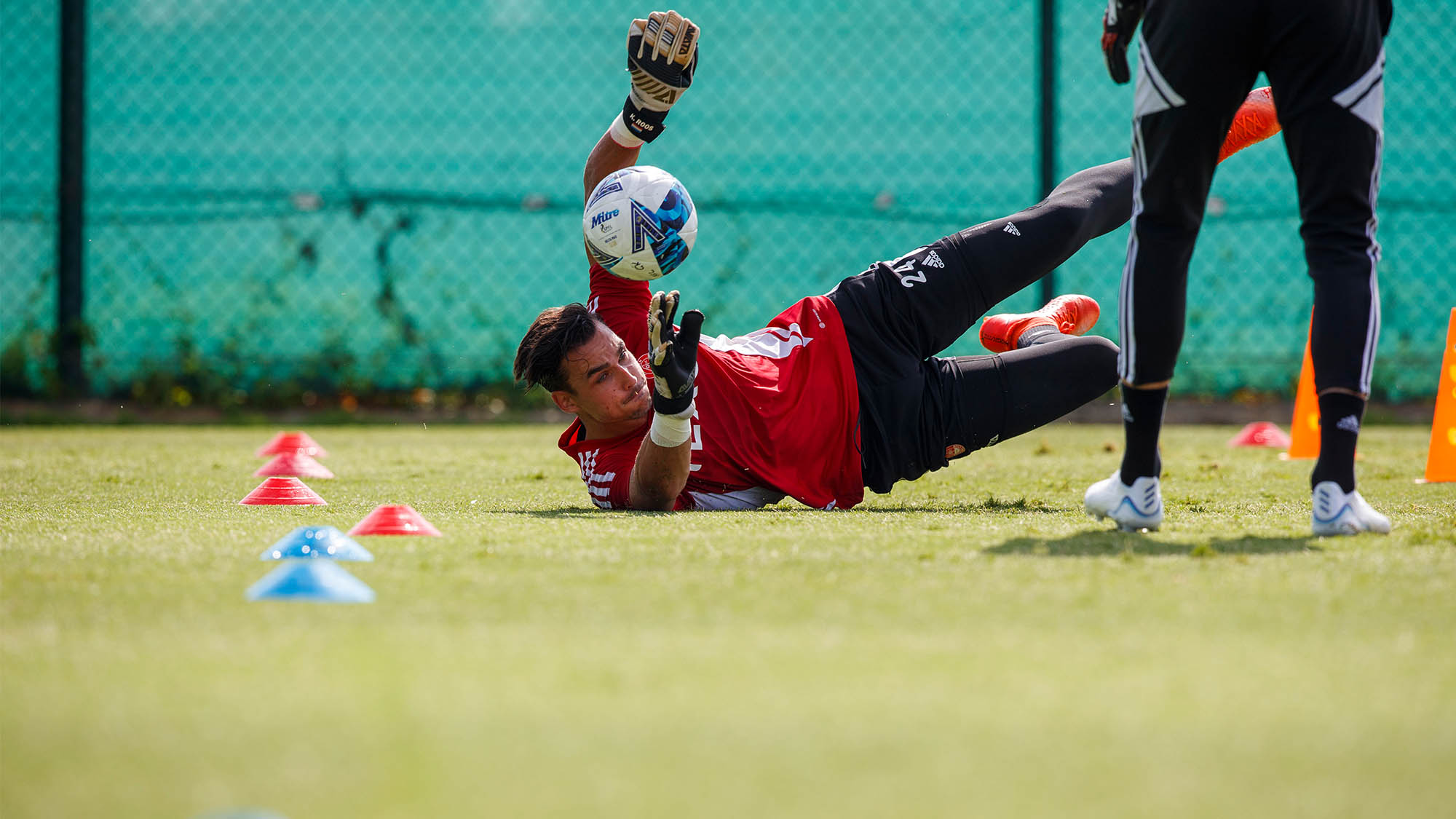 Kelle has always taken a very proactive approach to his career, including turning his book on Dutch football and crossing the channel to try and make his way in England from an early age.

“I came out of the PSV Academy and went to a couple first team set-ups, but I didn’t really get the game time I wanted, because they wanted experienced goalkeepers. I wanted to spread my wings, I wanted to play and show what I could do. That’s why I moved to England, firstly to play in the Conference with Nuneaton when I was 21. I just wanted to play games.

“From there, things went really quickly. I played 10 or 11 games and straightaway, off the back of that, I had multiple options and choose to go to Derby. At the time, Steve McClaren and Eric Steele were there and Eric is one of the best goalkeeper coaches in England that you can think of. I wanted to work with him and that’s how simple it was. From that moment onward, the club kept growing and I feel like I grew with it.”

Dutch football has long been seen as one of football’s real archetypes, going back to the total football of the 1970s. But Kelle has seen enough of the game to realise that there are plenty of different ways to win a game when the need arises.

“I’m from a country where playing football has always been the way, a goalkeeper needs to be able to use his feet. I think it’s important that you can play out from the back, dominate the ball, create chances, but also at the same time, sometimes you mix it up, play it longer and you sometimes have to just graft your way through a game and win even if it’s when things are not going the way you want.” 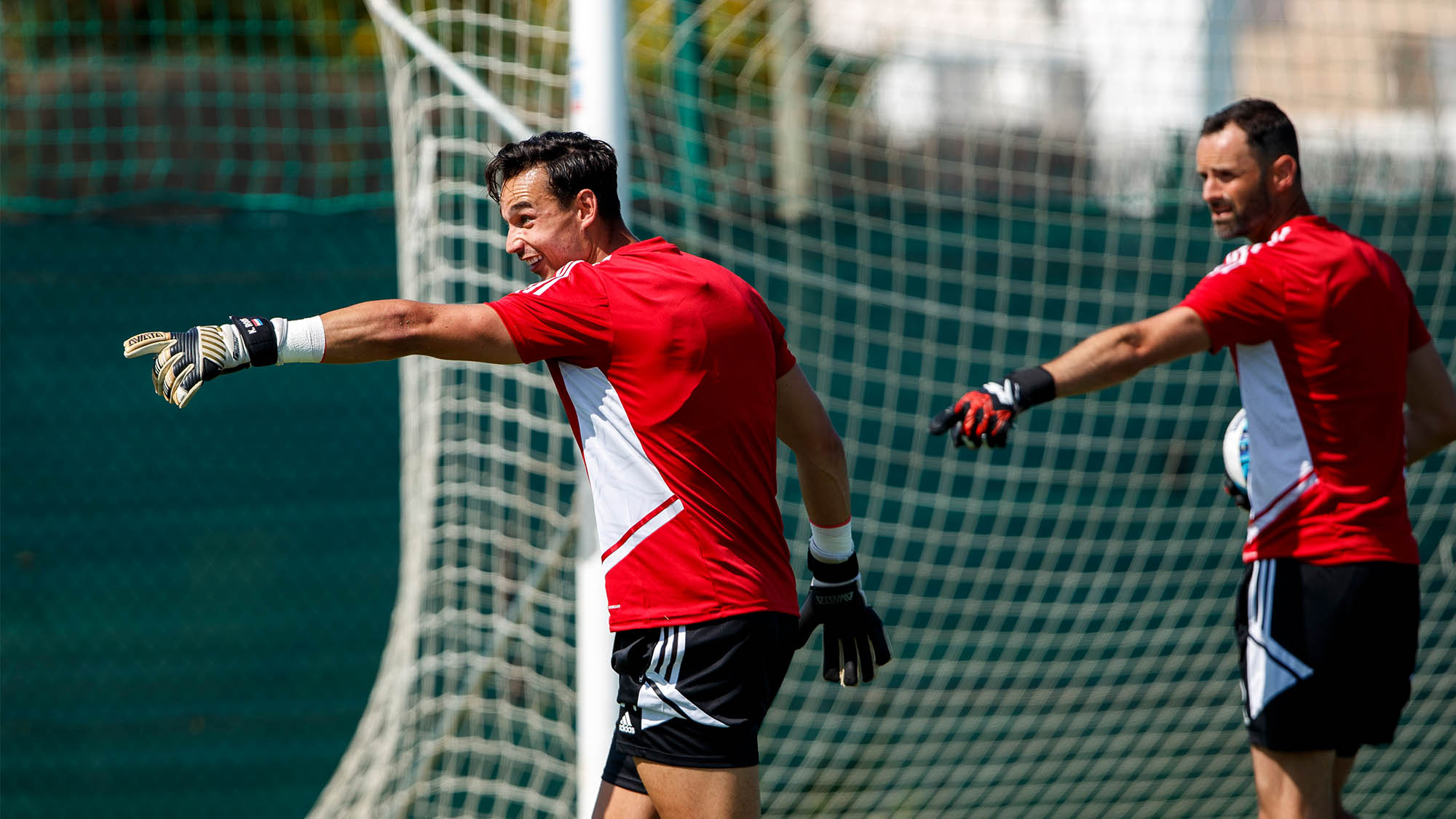 Kelle has already settled into the goalkeeping group, and is well aware of the challenge ahead of him.

“I think there’s good chemistry between the goalkeepers here, there’s a good group feeling. There’s something to build on. It’s obviously very early days for me, so let’s not get carried away, but it feels very good. It’s everything I expected to be. As a goalkeeper, we understand that the position is not easy. That no matter what happens, at some times, it’s tough. 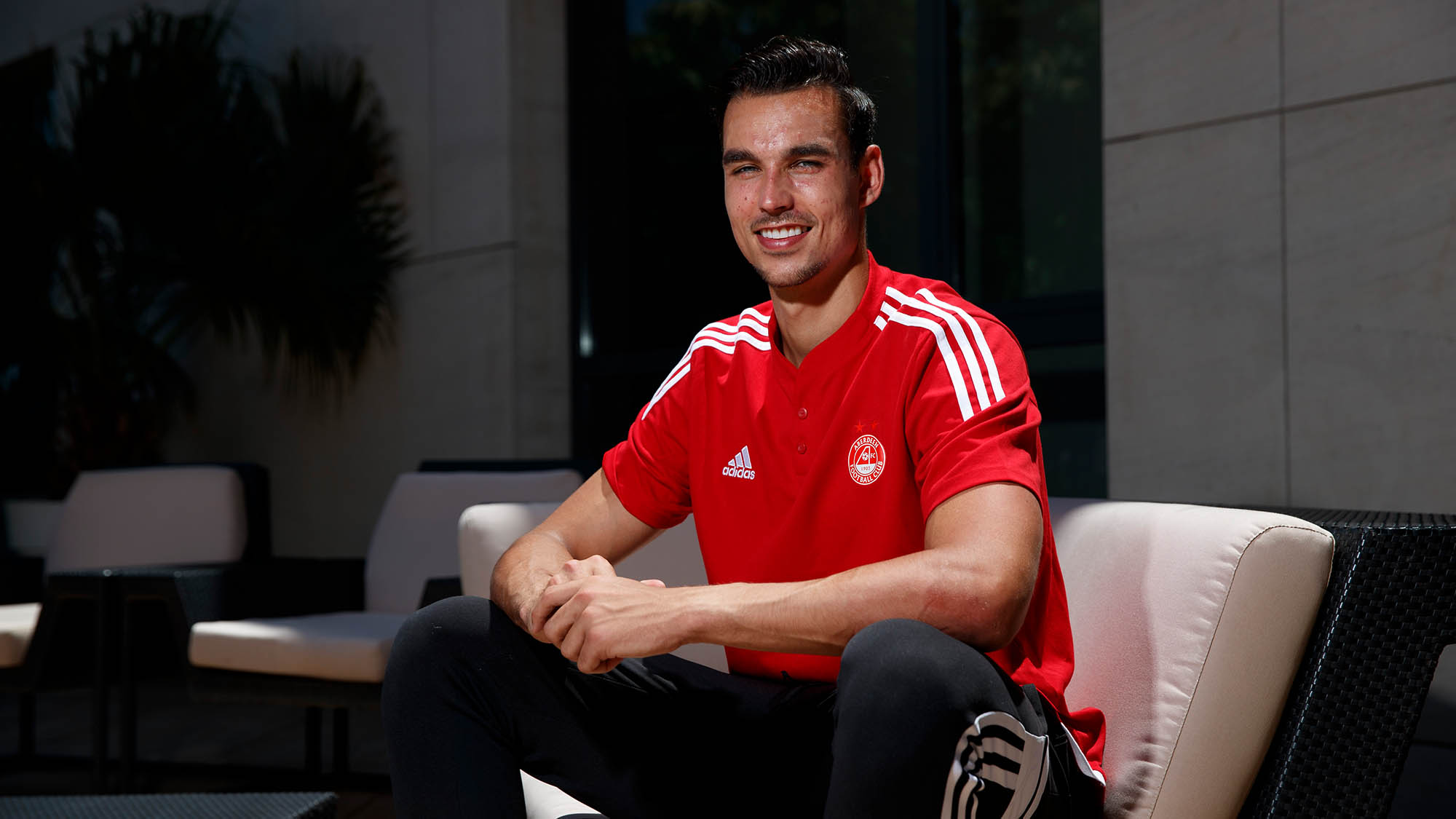