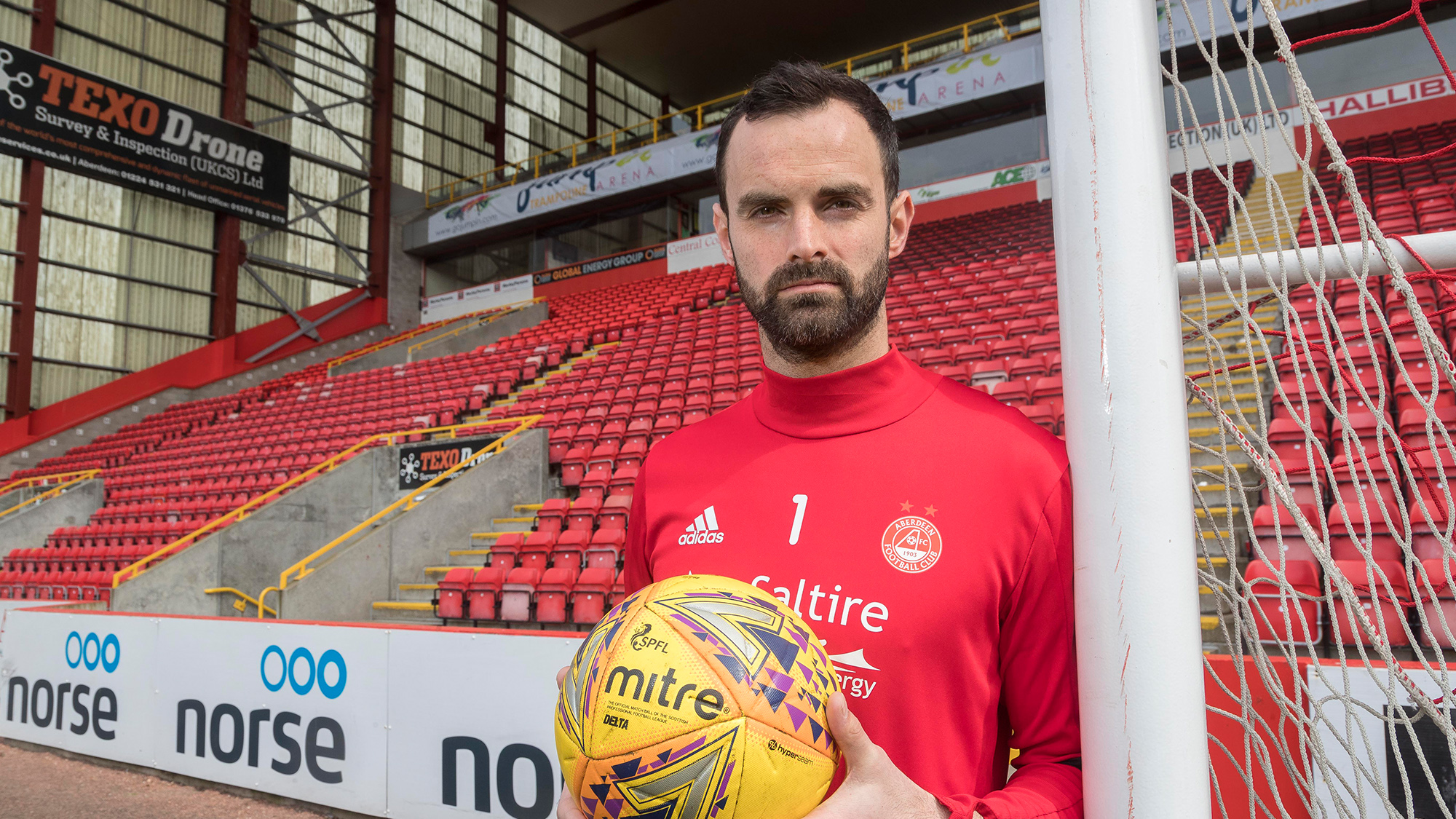 “It was a frustrating time being out injured, but I am delighted to be back.

“I was eased back in on Saturday. I didn’t have much to do, but it was nice to be back out there. 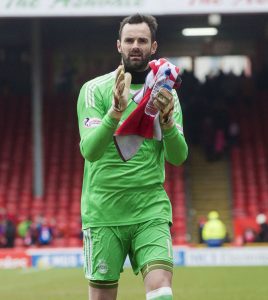 Joe Lewis at full-time on Saturday.

“When you out you just have to work hard. When I first got injured I knew it was a nasty one and I knew I’d be out for a while. It was very disappointing, but the disappointment makes you hungrier to work even harder in the gym and with the physio’s.

“We’ve got three great physios here. I had full confidence in them and listened to what they had to say. Sometimes if you don’t have full trust in the physios then you’re worried, but I had no worries I’d be back out there as quickly as possible. I got back ahead of schedule which was pleasing.

“Having collisions is part of the job of being a goalkeeper. You cannot let it affect you going for the next 50-50 ball. I am experienced enough to know that you need to keep going for these balls.

“I thought it was good on Saturday. It was a difficult game. The scoreline, without looking at the game you’d think it was an easy win, but it was tough, and we had to work hard. We showed some great quality for the goals and thoroughly deserved the win.

“It’s the same for everyone (the pitch). Both teams have to deal with it so you don’t want to make an excuse. We should be used to it by now. It’s not got worse, it’s been bad for a little while now. It’s even more pleasing because it would easy to play out a 0-0 or scrape a 1-0 in difficult conditions, but to score goals with the quality that we did shows signs of a good team and hopefully that’ll breed confidence for the lads.

“We’re confident and that showed on Saturday. Scoring four goals against a team that can be difficult to break down sometimes, so you can see the confidence going forward. We’ve got lots of quality so it’s important for me and the back four that we keep our concentration because we know we’ve always got goals in our team and that bodes well.

“I don’t know if (getting a few goals) there was relief, I don’t think that’s the word. The lads were pleased to have scored the goals and it will give confidence going forward. It’s the right time in the season to be getting into form so hopefully the lads have got that now and we can really kick on for the last eight or nine games.

“Stevie’s worked incredibly hard since he’s came to the club and it’s probably been a bit frustrating for him not being as free scoring as he can be, but hopefully that’s the start of it now. He gives so much more to the team than just goals, so it hasn’t’ been the case he’s not been contributing, but just getting your name on the scoresheet is nice for any striker I’m sure. I 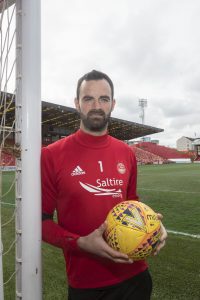 t’ll be pleasing for him and Greg as well. He’s got incredible talent and hopefully that’s the start of things to come for him as well.

“There’s lots of important games coming up. Part of the reason why I wanted to come to Aberdeen in the first place was I wanted to play in big games, play at the right end of the table and to get to the latter stages of cups and to hopefully win a cup would be excellent. We’re at the business end of the season where everyone wants to be involved in.

“There’s good competition for places in every position this season and it’s no different in goal as well. I was pleased to go back in. Freddie did really well in the time he was in and I know I’ve got to be on my best form and playing well to keep my spot. It’s been vindicated all season with Danny Rogers in behind me as well. Danny has been very professional and his attitude in training is first class.

“So we’ve got strength and depth in all areas, so it should keep everyone on their toes. If you get selected you’ve got to make the most of it because you know there’s someone behind you waiting to take your place.

RedTV | Action and Reaction from the Dons win at Motherwell

RedTV | Action and Reaction from the Dons win at Motherwell