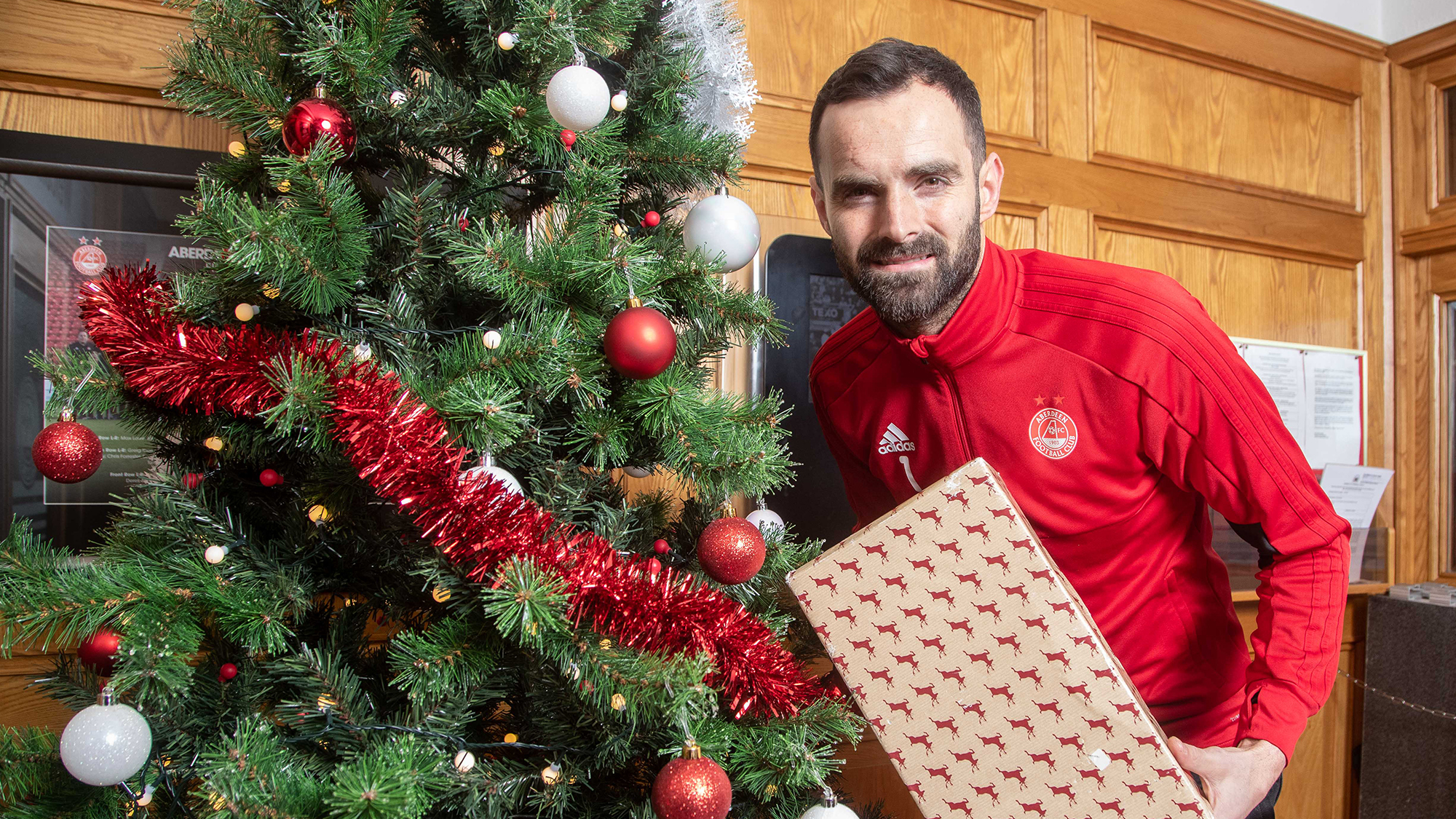 The Dons Number 1 spoke with the media ahead of Saturday’s match with Hearts. Click on the RedTV link above to watch

Max is a fantastic player and I have only just been made aware he is going back, I can see why Derby want him back, he has already played a couple of games for Derby so he must be pretty close to their starting 11. He has came here and shown what a quality player he is, he will be missed on the pitch and in the dressing room. We will wish him all the best and just enjoy the last few games he has with us.

Enforced Changes To The Side

That’s football, we’ll get injuries and we’ll get suspensions and there isn’t much we can do with that. In an ideal world we would have a full squad to choose from and that would allow us to get some consistency, especially defensively. Recently however, we have had that and we have been winning games and everyone who is available is playing really well. That consistent run has allowed Max to show what a great player he is and that is why he is going back to Derby.

When we played them earlier in the season at Tynecastle they were on a fantastic run of form and they were oozing confidence. They are a slightly different team, but we fully expect them to come here and put in a strong performance. They will want to bounce back from their last result, they will want to come here and get the three points. We must make sure we are at the races and keep our good from going.

Input From The Team

The strikers have been working really well in front of goal, but I think it’s been a team effort and we should take credit for the good run of form as a collective. On the way we have battled hard in some games and defended well when we have needed to. The manager and the attacking players have had some really positive and effective meeting and we’re now seeing the benefits of that on the pitch. We’ve defended the box well and allowed the attacking players to create chances and score goals and hopefully that can continue.

Ending The Year On  A High

Yeah definitely, personally I try not take football home too much, I’m sure my wife will tell you differently but it always makes the job more enjoyable when we’re winning games. The family will be there on Saturday, so hopefully we can give our families something to cheer about.

There are three games left for the calendar year and they are all difficult games but the run we are on we would love to get maximum points from those three games but we know we have to play at our very best for that to happen. The changing room is bouncing at the moment and I think you can see that on the pitch and hopefully on Saturday we can keep the positivity going.

There’s going to be a great atmosphere in the stadium, especially during the Christmas period, people usually enjoy coming to watch the football. It doesn’t come much bigger than Hearts and Celtic so it’s great for the club and the supporters. Hopefully the supporters turn out in good numbers and they can make plenty of noise.

We have got a great group of youth players, Lewis (Ferguson), Bruce (Anderson), Conner (McLennan) and Dean (Campbell) are all training really well with the squad and contributing on the pitch. It’s testament to the hard work the club does with the youth development and the work the coaches do with the players’ day in, day out. All the youth players have came in and added something when asked upon. It gives the manager great options and it definitely benefits the rest of us.

Targets For The Rest Of The Season

The manager outlined what was expected us on at the beginning of the season and a month ago we weren’t where we wanted to be. We have picked up a bit of form recently and that has helped us up the table and its put us within touching distance of the league leaders. We plan on staying there and try push on for the rest of the season.

I have really been enjoying my football of late. My main aim in the last few games is staying warm and then keeping clean sheets after that. I’ll be happy if I don’t have much to do the next few games. I’ve enjoyed watching the rest of the team do their stuff and hopefully that continues.

I don’t see why not? We are half way through the season and we’re in a great position to do so. There are four or five teams that are looking to push are much as possible. At the moment it’s certainly not worth giving up on and I’m sure the other teams will be thinking the same.