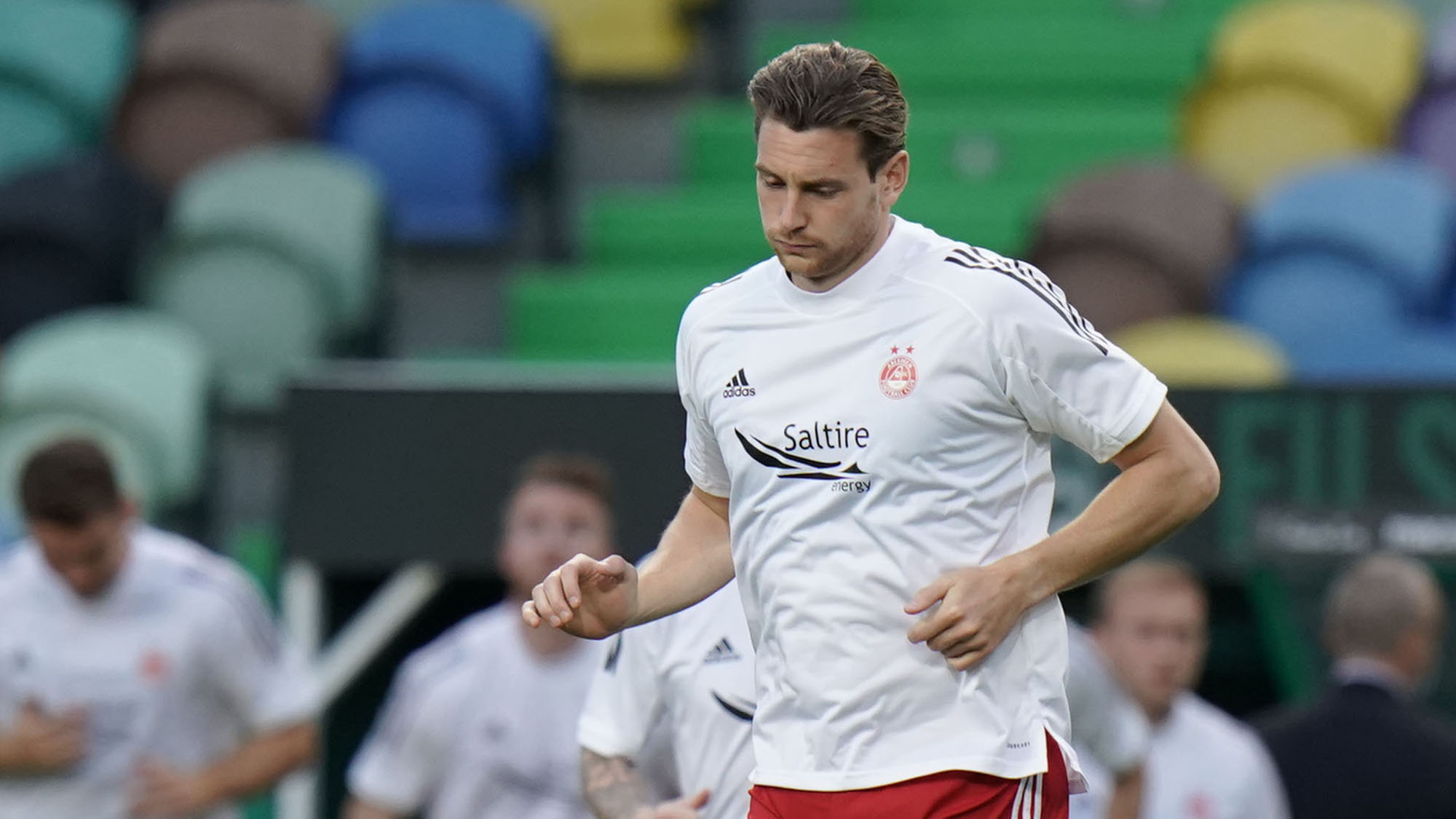 The Dons may have gone down to defeat in Lisbon on Thursday night, but they came out of the game with great credit and, as Ash Taylor says, plenty of encouragement for the rest of the season.

“It’s hard to take the result because I thought we deserved more and obviously we wanted to stay in the competition. But I think we can be proud of the way we played against what is a really top quality team. They’re up there amongst the best sides I’ve ever played against. They’re European giants and they played that way.

“If we can carry that kind of performance back into the league and the cup competitions at home as well, we’ve got good reason to be optimistic about the season. The shape we’ve got suits us, especially in the wide areas and going forward, we’ve got lots of options and there’s plenty to be excited about.

“Of course the result was a real disappointment but in terms of the performance, it was a really determined effort from the boys. We dug in, we stayed in the game and I thought through the game, we carried an attacking threat and put them under some proper pressure.

“Going there, we knew they’d have the majority of the possession and that we had to keep our shape and I thought we were really disciplined in doing that. They’re a very good side technically, they pass the ball about and keep hold of it really well and so we had to try and frustrate them, give them no space and then try to hit them on the break.”

Bearing in mind that the Dons conceded three times in the first 23 minutes of the game against Motherwell at Pittodrie last Sunday, Sporting’s early goal could have knocked the side’s confidence but there was no sign of any repeat of that happening.

“When they scored early, thinking back to Motherwell last Sunday, it was important that we didn’t concede another straight away and we really dug in and made sure they couldn’t take the game away from us. We just got on with the job and from there, we stayed with them right to the death.

“It was frustrating because the referee wouldn’t let the game flow. Every time one of us went up for a header, anywhere on the pitch, he was giving a foul. That meant that we couldn’t really create anything from set pieces and that was an area where we felt we could have caused trouble for them.

“We had a couple of chances, especially with Ryan at the end. He said in the dressing room that if he had tried to put his shot across the goalkeeper, it would have been blocked because credit to their defender, he got across to him quickly and he had to try and find the corner. It was a difficult chance, but Ryan’s been so good for us this season you always fancy him to score. It just wasn’t to be.”