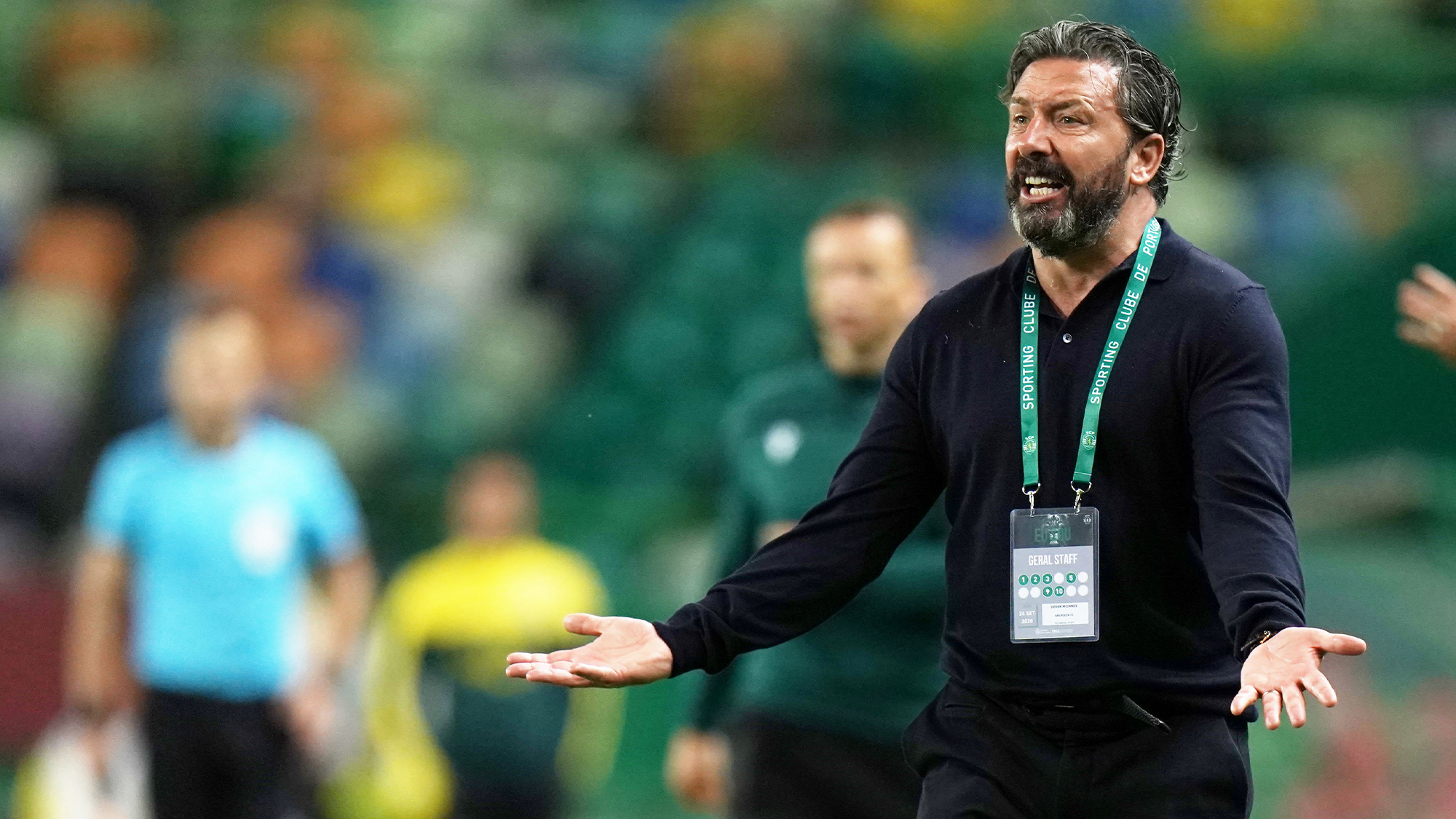 After a valiant display, full of character, belief and no little quality at the Estádio José Alvalade, Derek McInnes was understandably proud of the performance his Aberdeen side put in against the might – and whatever the pre-match rumours to the contrary, this was the true might – of Sporting Lisbon.

“People who watched the game will have seen that they are a top side. The COVID situation didn’t really come into it because that was their strongest team bar maybe one player.

“You can’t ignore the quality of the opposition. They’re a team with designs on winning the tournament and we went toe to toe with them. We allowed them possession in the right areas of the pitch, but we just needed to take care on the counter-attack to do a bit more.

“I was very proud of the players’ efforts tonight. It was a fully committed performance, which it had to be. My team was excellent and I’m just disappointed for them that they haven’t got anything to show for their efforts.

“They are one of the big clubs in Europe and you have to be mindful of that. The only advantage that we had over them going into it was that we’ve played more football than them this season and I was hoping that would take its toll later on. We went with a team that would keep us in the game through the early part of it with the intention that after 60, 70 minutes we’d get wee Scott Wright on for a midfielder to try and open them up more, but we couldn’t get that goal we wanted.

“After we started really well and got a foothold in the game, we lost possession in our own half and against a side of their quality, you have to recover it. We couldn’t, we allowed them space, and it cost us. Great disguise on the pass, great finish and that’s what teams at their level can do.

“From there, I was delighted with the response of the team. Going an early goal behind here, it’s a real test of character, but we rallied round and we showed enough good attacking moments to have them concerned. The disappointment is we couldn’t make enough of them because we had enough set play and counter-attacking opportunities.” 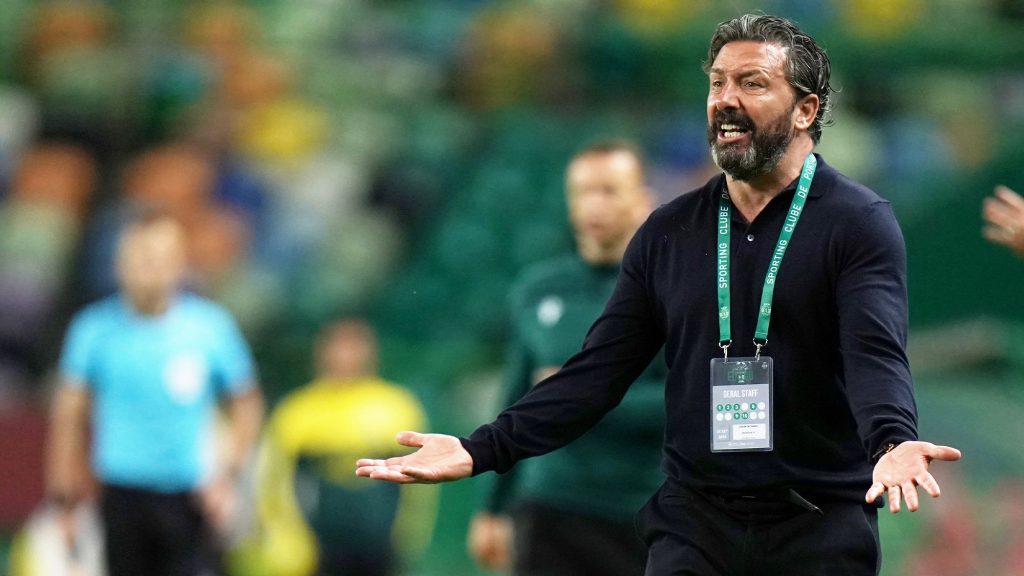 Although there will be disappointment that Aberdeen have fallen at the third round hurdle, there was much to admire about the performance against such powerful opponents.

“When the draw was made, we always knew this was going to be as tough a tie as we could have had. I wanted to make sure we had a team full of belief that it could get a result, not to be overawed, not to be cowed, to show a personality and make sure that they knew they’d been in a game. We did that and it’s just a shame we couldn’t get that goal we deserved.

“But the wider picture, we’ve put ourselves up against a really top class side and more than held our own and we have to take that back into the domestic season. We want to keep qualifying for Europe and getting these kinds of experiences and getting better at them, which I feel we are, and to find ways to win.

“There’s young boys in this team who will be so much better for that 90 minutes and credit goes to the experienced boys at the back and Dylan shouting away in midfield too, he was a big voice in there, for being good influences on them.

“I thought there was a great organisation and discipline about us. We knew we would have to try to get at them on the counter and pick our moments to try and get at them, and I felt we did that. We defended well and other than the goal, Joe’s only had a couple of saves to make. But everyone out there tonight can be proud of their efforts.”

As per the game plan, the Dons did stay in the game right to the death and might have taken the game to extra-time when Ryan Hedges had a sight of goal in the 87th minute, only to shoot wide.

“The quality that Ryan has on that left side, you always expect him to score but you have to recognise that it was a difficult chance, under pressure from the defender. But that wasn’t our only chance, we had some good moments, a couple of dangerous crosses in the first half, a chance for Jonny in the second half.

“There was frustration from umpteen set play opportunities because every time the ball went in, the referee seemed to blow for a foul when there was really nothing in it. We spoke before the game about not giving cheap fouls away and we were really conscious of that, but the referee seemed to find fouls anyway.

“But we can be proud of our efforts and now we look to build on the domestically. We turn our attention now to the game with Ross County on Sunday. We know we need to field a side that will go there and compete against them in a different kind of game, but one that’s every bit as important to us.”

Lewis Ferguson Looks ahead to Sunday

Lewis Ferguson Looks ahead to Sunday